It was real ugly as Texas Tech lost by 20 to TCU and the offense looks horrible.

If you are at all squeamish, you may not want to continue. Texas Tech loses to TCU by 20, 62-42 and it was in an embarrassing fashion. The offense was stagnant and generally terrible. A couple of games ago I wrote that the offense was borderline pathetic and it is no longer borderline, it just is pathetic. And whatever you think, don't take these words as me giving up on the team. That's not true at all. I had a feeling that this team was going to be a true transition team because of all of the freshmen, but it doesn't make it any less true that the offense is terrible.

The best part of the game was Tubby Smith's red blazer. #fashionblog 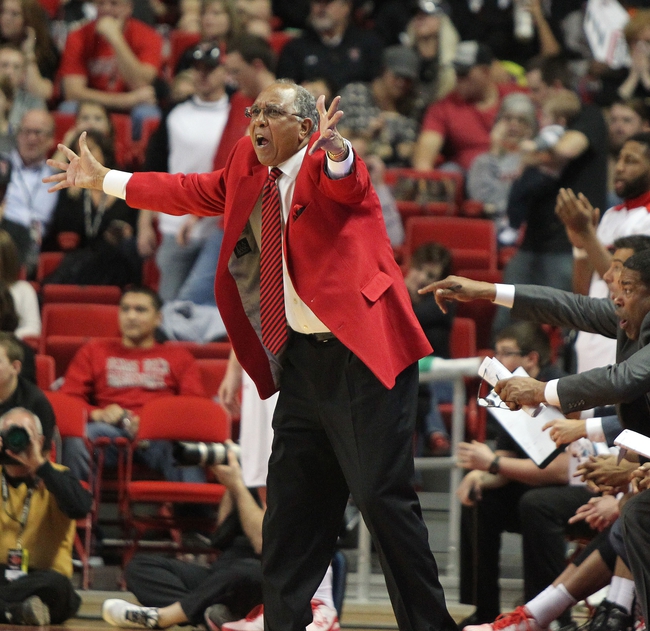 PG Randy Onwuasor. Not sure how to do this when your team only scores 42 points, but Onwuasor scored in double-figures, with 10 points and was at least 3 of 7 from the field, the player that was closes to shooting .500 on the game.

2. 72% Misses or Turnovers. We just talked about how Texas Tech had just 11 field goals, but let's break this down even further. Texas Tech had 48 shot attempts and 12 turnovers on the day. That's 60 opportunities and Texas Tech made a shot on just 18% of those opportunities, which means that 72% of the opportunities with the ball resulted in either a turnover or amissed shot. Again, this doesn't account for turnovers, but you get the idea.

3. Outrebounded. On a day when you had 37 missed shots, you would maybe think that you might have a few more offensive rebounds or opportunities to rebound the bal, but Texas Tech managed 14 offensive rebounds, which given everything isn't a terrible scenario, but the strange part is that they only managed 17 defensive rebounds for the day, which is odd

4. The Problem With the Offense. The problem with Tubby Smith's offense is that it is generally predicated on having players who can create their own shots, either off the dribble on the wing or at the top of the key or in the post. This is obviously prolematic because Texas Tech doesn't have players that can score one-on-one. One other problme with the post players, and this includes Norense Odiase and Isaiah Manderson, which is that they're freshmen and they really don't have any moves other than using their body to create shots. Truth be told, Manderson has a better idea offensively than Odiase, but Odiase has a better idea about how to use his body to score. Either way, I think the next step has to be adding more motion to the offense to create some easier opportunities offensively. More screens off the ball, not on the ball, will help the offense tremendously, but as you all will note, the players off the ball are generally standing around and that's part of the problem, there's just an overall lack of movement. This doesn't mean that this offense is bad, but this offense isn't good for this set of players at this particular time.

Yeah, it stinks, for sure, but this is a young team. A very young team that is striggling right now to find a flow offensively. That's a tough thing to do when there isn't anyone that is taking control over the offense for Texas Tech. There's no leader, and that goes for Robert Turner, Norense Odiase, Keenan Evans or anyone else. I thought that Turner would improve to the point that he would be better directing traffic, but that just hasn't happened. It makes you realize how good Jaye Crockett was at creating shots last year.

Sorry, no stats from Statsheet today.