The Red Raiders complete the sweep of the Sooners Saturday afternoon. 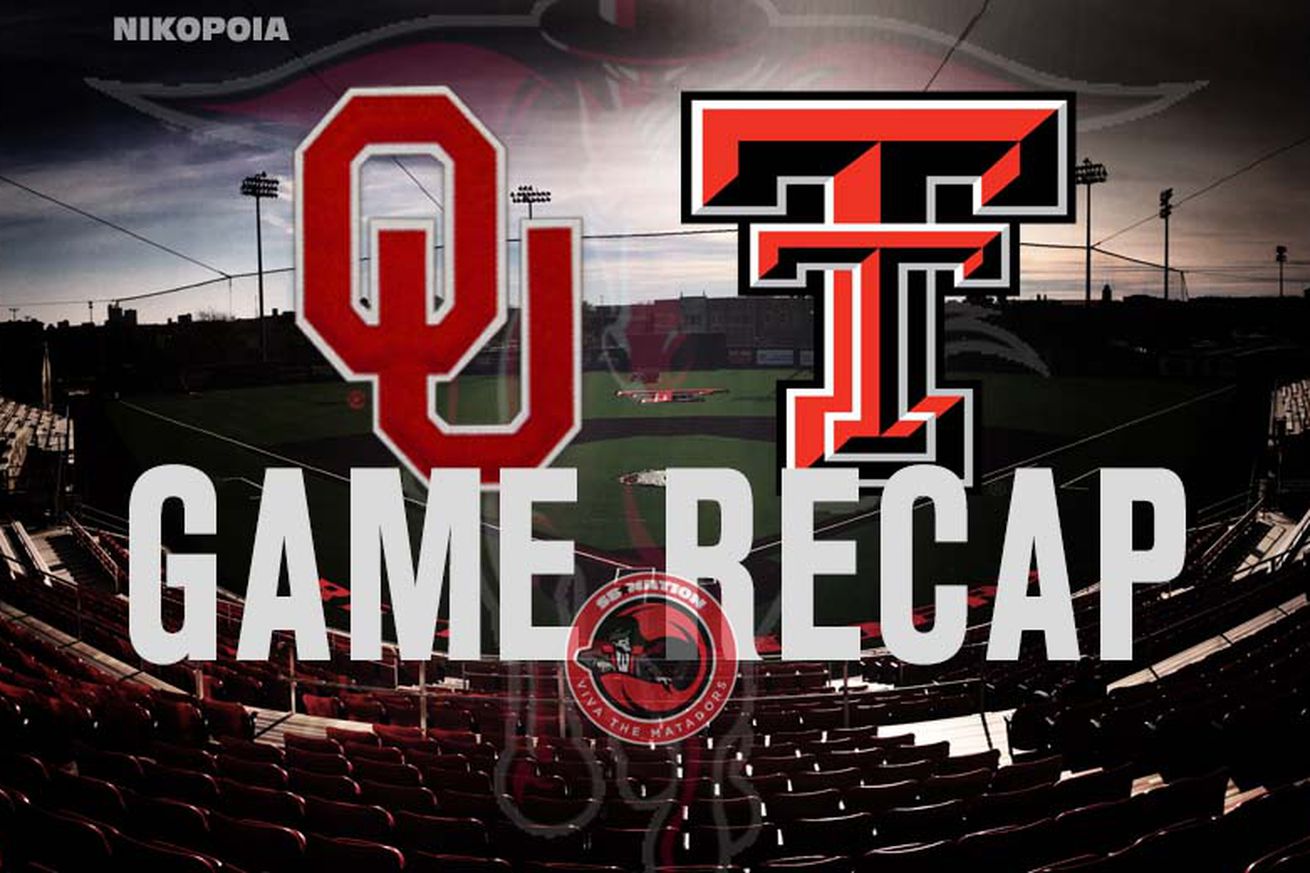 The first two innings were rough on Texas Tech, as they found themselves down 6-1 going into the 3rd inning after burning through multiple pitchers. But in the 3rd inning, the tide started to change.

Tech put up five runs in the 3rd, evening the score just as fast as they had fallen behind. Then things got even more fun. After holding the Sooners scoreless in the 4th inning, there was some sort of scuffle at first base after making the final out.

Oklahoma's first base coach was visibly upset, as was the runner who was thrown out. They weren't upset about a call on the field, as the runner was clearly out, but more so involved in a heated exchange with Tech first baseman Eric Gutierrez.

Before long, both dugouts and bullpens were cleared and head coach Tim Tadlock was on the field berating one of the umpires. Each team retreated to their repspective dugout before it escalated any further. Oklahoma would live to regret firing up the Red Raiders even more, as Tech put up four additional runs in the bottom half of the inning to take a 10-6 lead.

In the 5th inning, Tech added three more runs to make it 13-6, completing a stretch of 12 unanswered runs to flip the Sooners' imminent blowout into a blowout of their own.

Oklahoma would add one more run on a throwing error in the 9th inning, making the final score 13-7. Also worth noting, CF Tanner Gardner left the game early with an apparent head injury after sliding into second base on a double. He was walking around and seemingly okay, but his status is something to monitor moving forward.

The Red Raiders will face off against UNLV in a two game series this week before returning to Lubbock next weekend to continue Big 12 play in a three game series against Kansas State.