The Red Raiders drop their sixth straight game to Oklahoma State, but the good news is that Texas Tech continues to receive strong performances from the freshmen.

This was close for the first half, but the eventual outcome was the same as what we've seen, which is Texas Tech loses by double-digits. Texas Tech loses to Oklahoma State, 63-43, and this young team continues to play well in spurts, but the result is the same. 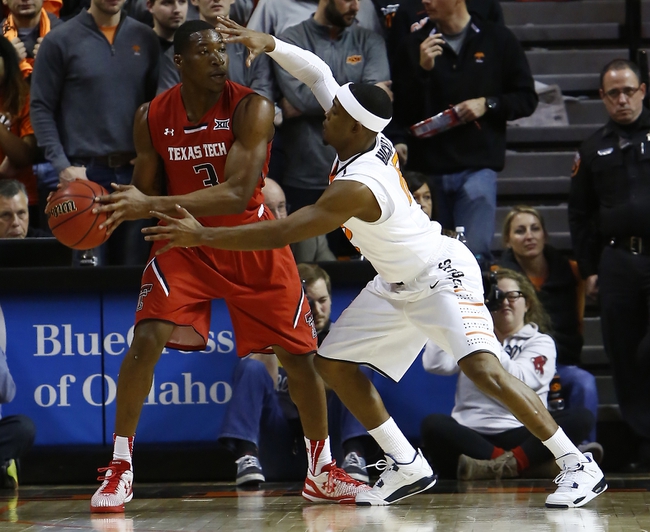 PG Keenan Evans. Evans had his best game of his career, scoring 18 points, and shooting 7 of 13 from the field, with 3 rebounds, 3 steals and 3 rebounds, including 3 of 4 from the three-point line.

1. 13. That's the total points that the starters scored and that's the problem. And of those 13 points, you had Randy Onwuasor score 6 of them, Robert Turner scores 5 and Zach Smith scores 2. That's it. DeVaughtah Williams was scoreless with 2 turnovers and Norense Odiase was also scoreless witha turnover and a couple of rebounds, a block and a steal. This is not ideal production from the guys that you expect to play the best and that's just not happening. I think Tubby Smith is about to be close to replacing a handful of these starters because this team cannot afford bad starts after bad starts. I don't mind the production from Smith because he's not expected to really score and he does contribute in other ways, including 8 rebounds a couple of assists and 2 turnovers and Onwuasor isn't really a scorer (he shouldn't be shooting 3 three-point shots) and he tries to find player even though he isn't the best point guard on the team.

2. 7. I'm pretty sure that I touched on this last time out, but that's the total number of assists this team had and that's the biggest problem is how this team struggles to find the open player. Every shot is a grind-it out sort of shot, although Evans did take advantage of some opporunities shooting the ball. Such a low number of assists just isn't going to get it done for this team and that's part of playing with freshmen. It's also indicative that this team just isn't moving the ball all that well, which we've known about.

4.A  Manderson Flashes. I know that there's a lot to like about Norense Odiase, but he's regressing a bit by playing more athletic frontcourts, but the good thing here is that Manderson seems to be coming on offensively. Oh, he does struggle at time, but he flashes as well. Manderson had a terrific dunk, where he shot-fakes and drives past his defender for a pretty terrific dunk:

Again, I'm not syaing that Manderson is perfect, but he is displaying some decent moves as a post player and he's contributing. Last night, he had 6 points, 5 rebounds, 2 assists and a turnover, which is better than what most of the starters contributed.

4.B. Gray Returns. I didn't see how this was a full-fledged note, but it was good to see that Justin Gray returned from his tendinitis issues.  He did have problems being guarded by Forte, which is problematic, but it's good to see him back. Now, Gray needs to figure out how to get the ball in the post when he's being guarded by a 5-11 player.

5. Finding Forte. Oklahoma State has two players who can beat you, Le'Bryan Nash and Phil Forte and you could tell that early, there was an emphasis on guarding Forte 10 feet off the three-point line, but there were too many times where Randy Onwuasor or Robert Turner or whoever was guarding Forte let Forte get a glimpse and he burned Texas Tech with 15 points, including 5 three-point shots. There was also little fight to stop Nash, who scored 7 of 9 from the field. If anything, I think you point to those guys and the Texas Tech players have to know that these are the guys that are going to beat you and despite the good intentions of covering these guys tough, it didn't work out that way. That defense has to be better. Every starter for Oklahoma State shot at least 50% except for Anthony Hickey, Jr. who had 8 assists.