Is Erik Spoelstra a Mermaid?

I watched the Mermaid show on Animal Planet a few weeks ago so I'm a trained professional in spotting mermaids and after watching Erik Spoelstra's press conference I'm pretty sure he's a mermaid.

Share All sharing options for: Is Erik Spoelstra a Mermaid?

Erik Spoelstra is a mermaid with flipper hands. How else can you describe the disturbing picture above? He also squeals like a dolphin when LeBron flashes that million dollar smile.

In my opinion the science is settled, but I guess there could be other possibilities:

1. ERIK SPOELSTRA IS A MERMAID BECAUSE HE COVERS HIS MOUTH WITH HIS VEINY FLIPPERS. I know this isn't an additional possibility but just look at that damn flipper. How does his heart pump enough blood to keep that flipper viable?

2. Erik Spoelstra's dad is sitting next to him and he's trying to shut him up because he keeps talking about wanting to buy a Trans Am so he snuck onstage and covered his mouth with his giant dad hand.

4. Phil Jackson is coaching the Heat wearing an Erik Spoelstra costume and everybody almost found out when he accidentally said "Kobe Jordan Zen I don't want to coach again but please keep paying attention to me and buy my book Zen" when describing LeBron so he had to cover his mouth with his giant Phil Jackson hand.

5. Erik Spoelstra might be a hobbit. We should see his feet to be sure. 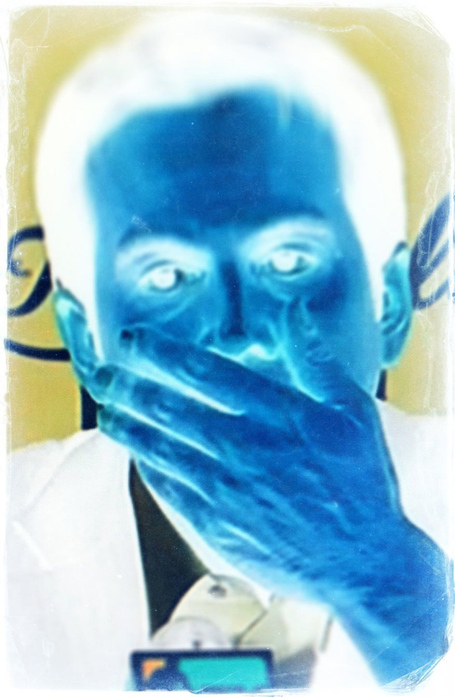 Whatever the explanation is, something's weird in Miami.

But I'll shave with Occam's Razor if you can prove that freak isn't a damn mermaid.