#ATMO | You Kinda Need to Know About This

You may not know about the Twitter hashtag, #ATMO, but if you're a fan of Texas Tech football, you should.

Share All sharing options for: #ATMO | You Kinda Need to Know About This

Maybe I shouldn't have made any assumptions, but I guess I sorta assumed that we all knew what the Twitter hashtag #ATMO meant. On Saturday morning, I posted some t-shirt ideas and one of those t-shirt ideas was just the hashtag #ATMO. Lots of hopeful incoming players, current players and former players are tweeting out this hashtag. I think it also is some sort of atmospheric group of something, but we don't care about them.

The hashtag is an acronym for, Air The Motherfucker Out. I don't like to type out really harsh cursing on the front page because I want to be slightly legitimate, but I made an exception here. I won't be re-typing this acronym out any further and am asking that we make the hashtag our little inside joke and this post as a reference point. For me, it will just be the hashtag going forward.

So what exactly does it mean? Simply, it means what you think it means, but it also means a change in philosophy. Things will look the same, but I think the results, no matter if this team runs more or passes significantly more, will be different. The only statistic that I will provide in this exercise is just the most simple, but maybe the most telling statistic for a spread offense: yards per attempt.

I don't think that #ATMO is necessarily a number of passes, but the actual idea of getting the ball down the field. 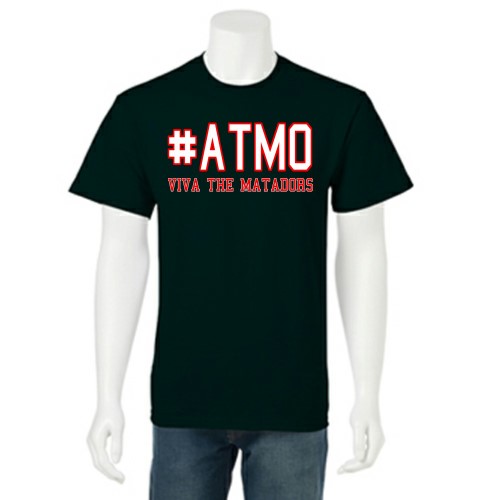 Coming soon to the Viva The Matadors t-shirt store.

I'll probably write about this more during the summer, but in 2010 this was head coach Kliff Kingsbury's first job as offensive coordinator. Actually I think he was co-offensive coordinator, but that's fine. This was supposed to be Case Keenum's start to two big years, but Keenum tore his ACL during the third game of the year and Houston ended up relying on then, true freshman, David Piland, from Southlake Carroll. Piland struggled, to put it nicely. He wasn't awful, but he was a true freshman and it's not easy for true freshmen to come in and play right away.

It was a tough situation and Houston tried out a number of signal callers, but Piland was the best option. Houston went 5-7 that year and Piland only completed 58% of his passes. Piland's yards per passing attempt, ended up being 7.7, but if you add in all of the other quarterbacks that played, including Keenum, you get the number in the table above.

It was, probably by far, Kingsbury's toughest year as a coach, but I would guess that he preached to Piland #ATMO.

Because that's what Kingsbury is about. Houston's worst year in terms of getting the ball down the field and having a true freshman at quarterback was rivaled to what Neal Brown did at Texas Tech (with probably some behind the scenes coaching from Tuberville), and it was still lagging as to what Kingsbury did with his toughest situation.

You want to take the average of the three Texas Tech seasons and the single TAMU plus the two Houston season? Texas Tech for the past three year period: 7.1. The other two teams: 8.5. That's almost full yard and a half difference between the past three years and in terms of yards per attempt, that's a significant thing.