Texas Tech gets to 10 wins in non-conference play with a 60-45 win over North Texas, led by DeVaugntah Williams and Isaiah Manderson.

The Red Raiders got back on track with their winning ways with a 60-45 win over the North Texas Mean Green, led by G DeVaugntah Williams with 14 points, but it was a strong bench presence that helped lead the Red Raiders. 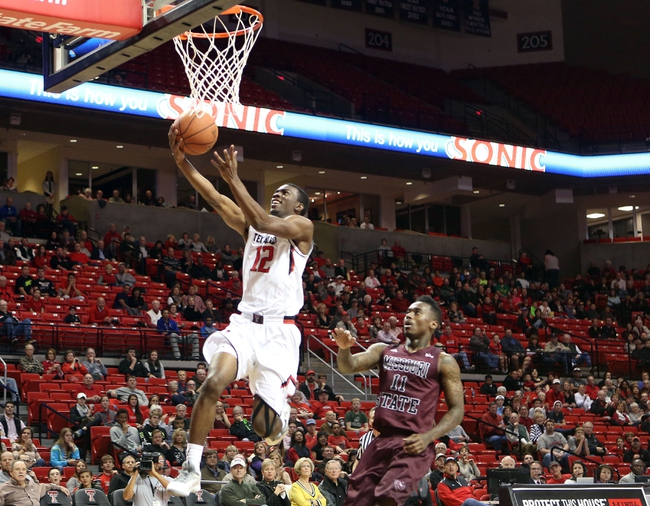 C Isaiah Manderson: Maybe a bit of a surprise pick here but I loved Manderson's opportunistic ability to score and finished the night with 10 points adn 5 rebounds in just 22 minutes. Manderson wasn't the leading scorer, but he didn't have a play called for him and he really did well to grab offensive rebounds and make plays. Really impressive play from the freshman that is still making strides in his play.

1. Back to Defense. I don't know if this was a function of North Texas being a team that was pretty terrible offensively because there were times where I wondered if the Mean Green just couldn't shoot the ball or if Texas Tech was playing fabulous defense. We'll certainly give credit to the defense here as UNT only shot 34.6% from the field and 11.1% from behind the three-point line. That's generally terrific and UNT couldn't hit any free throws either, making only 7 of 16 for the night for 43.8%.

2. Better Guard Play. Texas Tech had 19 turnovers to just 9 assists for the night and UNT threw a zone at Texas Tech that the Red Raiders simply never really solved. This starts with the point guard play, where there just appears to be little direction about how the team is attacking a zone defense. The funny thing here is that the zone defense is going to be something that Texas Tech will see a ton of through the year because this team only has a few three-point shooters. Right now, the offense to attack the zone consists of passing the ball around the perimeter and occassionally passing the ball to the high post player for a look low, but then eventually passes the ball away and the offense never attacks until there is maybe 10 seconds left on the shot clock. That's not ideal, to press like that for a team that lacks a guy that can create. Robert Turner has really got to be better and the further we go along, I'm thinking that it is a matter of time where Randy Onwuasor replaces Turner in the starting lineup. Turner is turning the ball over way too much for being a senior and not finding open players, while Onwuasor isn't great offensively, he's not forcing his shot and he is scoring a bit more naturally.

3. Bench Steps Up. Mander led the way with 10 points, but behind them was some really nice play by the aforementioned Onwuasor, who was 3 of 6 from the field for 7 points, 2 rebounds, 2 assists, 2 steals and just 1 turnover. Keenan Evans continues to be a bit up and down, but I still love his potential for this team and he also finished with 7 points on 2 of three from the field, made both of his free throws, grabbed 5 rebounds, had an assist, a steal and 3 turnovers. Evans still makes head-scratching plays when he turns the ball over, but he is also one of this teams' best shooters even though he doesn't shoot the ball all that much. Texas Tech's bench out-scored North Texas 26 to 11 on the night.

4. Smith Makes a Difference. Zach Smith returned from a back injury and you can see how important he is to the team as he really helps facilitate a ton of things offensively and defensively. Smith finished with 9 points and only 4 shots, but he made 5 of 7 fromt he free throw line, just 2 rebounds, but he also led the team with 3 assists, 2 steals, 3 blocks and had 2 turnovers on the night. Smith plays a point-position in a zone so it makes sense that he has a handful of assists, but Smith covers up a ton of mistakes defensively with his ability to block shots and he really is the only guy that is poking the defense to find an open man.

5. Ready for Conference Play. The more I watched last night the more I thought that the team was just okay offensively and something has to change with how this team attacks the zone defenses. The good thing is that this team is 10-3 on the year and they haven't played a tough non-conference schedule by any means, but they do have some wins under their belt. My biggest gripe is wishing we'd see more from Turner and him leading the offense and taking control of the game and we just don't see that enough from him. If a point guard can step up and do that, then I think this team is going to be much better than I envisioned in conference play, but without a stand-up poing guard, I'm concerned that it could get ugly. I think we'll continue to see a rotation of Turner, Evans and Onwuasor at the point guard spot, but they've got to find the big guys down low to make sure they get touches, even in a zone. This team isn't going to magically find itself hitting 35% or 40% of their outside shots, so they'll will have to drive the ball inside and get to the line. Ready or not, here conference play comes.