The Red Raiders dropped to 0-2 in conference play as they lost to the West Virginia Mountaineers, 78-67 at the United Supermarkets Arena.

Just not enough juice. That was the calling card last night as Texas Tech struggled offensively because they turned the ball over on 22 different possesions and the Red Raiders fell to West Virginia, 78-67. The game, was exciting at times as Texas Tech kept it close for much of the game, but as the constant full-court pressure continued, so did Texas Tech fell by the wayside and could never keep up with the Mountaineers. 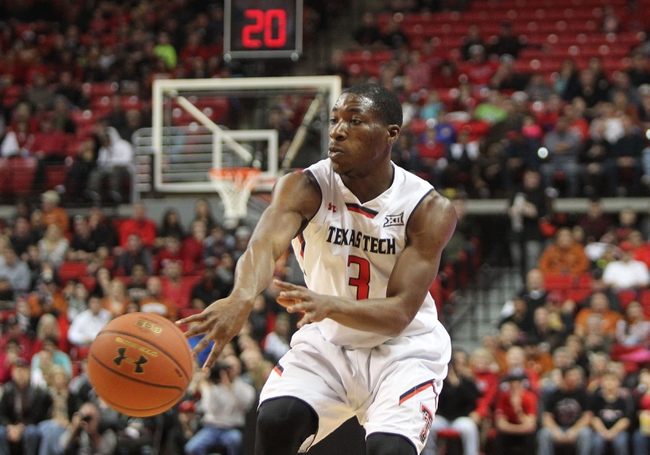 SG Devaugntah Williams. Williams was terrific last night, going 8 for 11 from the field with 21 points, and he had 6 rebounds, 3 assists, 2 steals and 4 turnovers. The turnovers is something that we're going to talk quite a bit about, but that was Williams' biggest downfall last night.

1. Turnovers. Oh, Man. Texas Tech had 22 turnovers and it was really difficult to watch. There was a point during the game where Texas Tech was staying in the game, for all of the first half and a good part of the second half, but the full-court pressure was just unbearable for the offense and it couldn't have been more discouraging to watch this team throw so many possessions away. Just think, WVU had 63 shots and 8 turnovers, while Texas Tech had 46 shots and 22 turnovers. That essentially boils down to Texas Tech turning the ball over on 32% of their plays. That's ridiculous. The biggest offenders were Williams and Zach Smith, who each had 4 turnovers, but it was a cumulative effort.

2. Turner Needs to Find Direction. This really shouldn't all fall on PG Robert Turner, and maybe I'm being to hard on Turner, but I feel like Tubby Smith feels the same way in that Turner is not leading the offense and he is not leading the team through the press. That's what a point guard is supposed to do and I feel like Turner isn't doing that at all. There are times where I didn't watch the ball when Texas Tech as trying to break the press and I just watched Turner and he's just running around. There's no direction. He's just running around looking for the ball with his hands up and that's not leading this team to get through the press. Meanwhile, Keenan Evans plays 24 minutes (to Turner's 16 minutes) and I can't say that the offense was significantly better and I don't have the breakdowns of when those turnovers ocurred, but this team has to find someone that can just bring up the danged ball. Evans felt better, but there's still a learning curve with him (and Evans only had 1 turnover for the game).

3. Shutting Down Gray. It is disheartening to learn after the game that Texas Tech has shut down SF Justin Gray due to tendonitis in both of his knees. He'll be shut down for the week and just to remind you, there isn't another small forward on this team and I think you see Texas Tech run out a three-guard lineup if Gray can't play.

4. Creating Your Own Shot. There was just one guy that could create his own shot, Williams, who was terrific, but I think this is the biggest reason why Texas Tech's offense is struggling is because there just aren't any guys that are capable of creating their own shots, whether it be driving or pulling up. Right now, Gotcher is pretty much a spot-up shooter, although he did shoot 10 free throws yesterday, which is encouraging and was the only other player in double-figures, and I think Evans is getting there eventually, but there just aren't a ton of guys that can create offense and working for every bucket is really tough.

5. Tough Opening Stretch. This game was going to be a tough one to win and Texas Tech will open the season playing three straight highly ranked opponents in Texas, West Virginia and Kansas on Saturday, in Allen Fieldhouse. That's a very tough stretch and it is one that was going to test this team. Texas Tech just didn't have enough juice to continue the fight, but they fought for 3/4 of the way for this game and never gave in against Texas. Before we get too down on this group, just remember the level of competition that Texas Tech is playing. This team is continuing to battle. It's not going to be easy, but as long as they keep fighting, then they'll eventually get there.