A Follow Up on Texas Tech's Uniforms and Under Armour

After a scathing article about Texas Tech's football uniforms, we delve into what Under Armour gets right, and having a consistent message across the athletic department.

Let's just say that I've taken a bit of flack from some posters over at Raider Power for my 5,000 word post on the Texas Tech uniforms. I was criticized for having an opinion, for the post being too long, to cussing, to just about everything else. Which is great, because criticism is good. As to the length of the post, well, I had two years worth of thoughts and I started to write and I never looked back.  A blog post can be as long, or as short, as you want it to be. I wasn't designing uniforms, I was writing. Whatever. And the cussing. Well, that was actually toned down and I edited out 5 f-bombs. To say that I was worked up over the subject matter was an understatement. I cussed for effect. It probably offended some, but I had reached a boiling point with the Oklahoma uniforms. I sat on that thought for a few weeks to make sure that I was really that passionate about it and sure enough, I was.

Some of the other criticisms by folks on RP and VTM were really valid and I thought that we should address them so that everyone gets a fair shake.

An Open Letter to UA on Texas Tech's Uniforms

An Open Letter to UA on Texas Tech's Uniforms

What Under Armour Gets Right

There are certain things that I absolutely love what Under Armour has done with Texas Tech. And I should be clear that I do not at all think that Under Armour is a bad or awful partner for Texas Tech. That's not it at all. I think we can be critical without asking for a termination of an agreement. I will be clear in that I think that UA is a wonderful partner for Texas Tech and I think that because Texas Tech is one of the few programs that exclusively uses Under Armour, I think that the benefit of that is a tremendous amount of extra attention. I think UA bends over backwards to accomodate and the reps for Under Armour and constantly visiting Texas Tech. Pat Flynn is a representative for Under Armour and is someone I follow on Twitter and he is consistently working towards building relationships with everyone at Texas Tech. Under Armour sent Kliff Kingsbury, Candi Whitaker and Tubby Smith to the Preakness. I don't know of any other uniform supplier that does stuff like this.

Without a doubt, Under Armour takes care of Texas Tech.

With that being said, I think it is completely within my right as a fan to be able to criticize Under Armour as well. I don't think I'm wrong for having an opinion about the uniforms and I think that the ideas that UA takes care of Texas Tech and that I think that some of the uniforms are less than acceptable are two mutually exclusive ideas that can both be accepted without offending the other.

To get to specific uniforms, I think Under Armour does a pretty fantastic job with Texas Tech's traditional uniforms. The black on top of black is my favorite look of all of the Texas Tech uniforms. 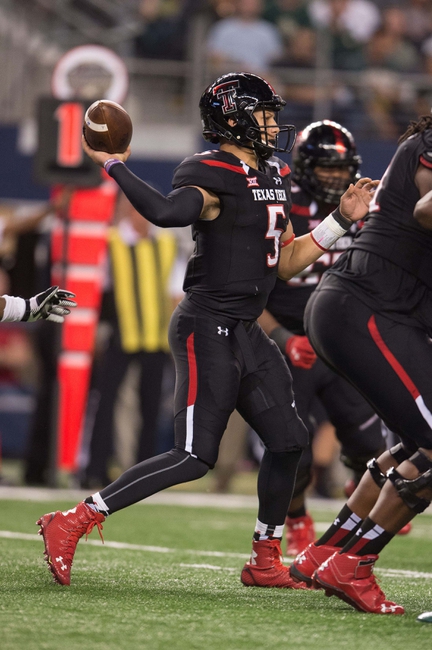 I still don't get the check-mark or "guns-up" on the shoulder. I think that's a bit forced, but that's a pretty minor deal on my end. The numbers are easily readable from the stands and the double-t on the helmet is pretty much perfect.

And how about those basketball uniforms? Those red uniforms are absolutely beautiful. The stripes at the top of the jersey are really terrific and subtle, while the stripes on the shorts are just as good. Those stripes break up the uniform a bit without being garish and over the top. The full set of basketball uniforms, from the red, black and white, are terrific in design and simplicity. And Under Armour gets the numbers, along with the piping around the numbers 100% right. They are all readable and the contrast is great. The red uniforms with the black number and the white piping around the number is just terrific. The same concept is pulled off with the black and white uniforms really well. 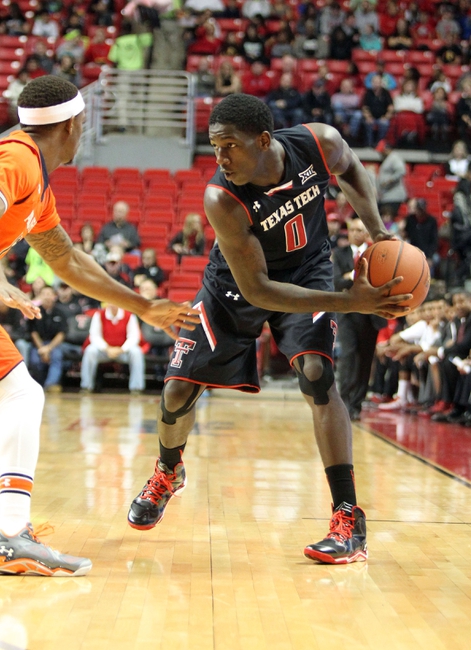 And the baseball team is equally outfitted terrifically. The black uniforms on the grey and/or white pants are just terrific. 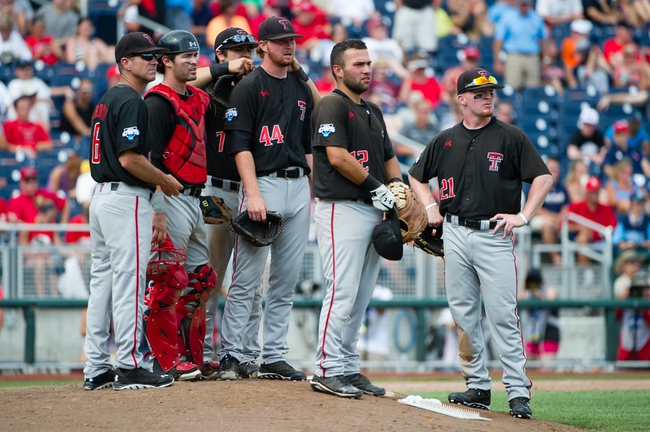 That red top with the same pants is another terrific look at uniform greatness. Both the basketball and baseball red are the exact right color of red. 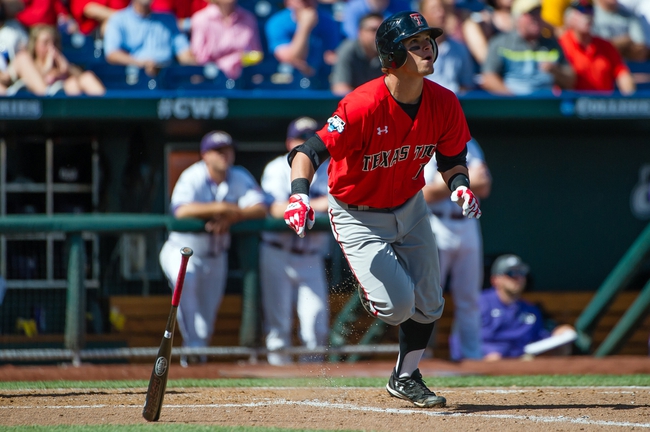 The pinstripes are probably my least favorite uniform, but it is still done really well. The only thing that I really can't stand is the tramp stamp on the pants. I think that's a bit too much and for a guy, there is no reason to draw my attention that area. Still, the uniforms are well-executed overall. 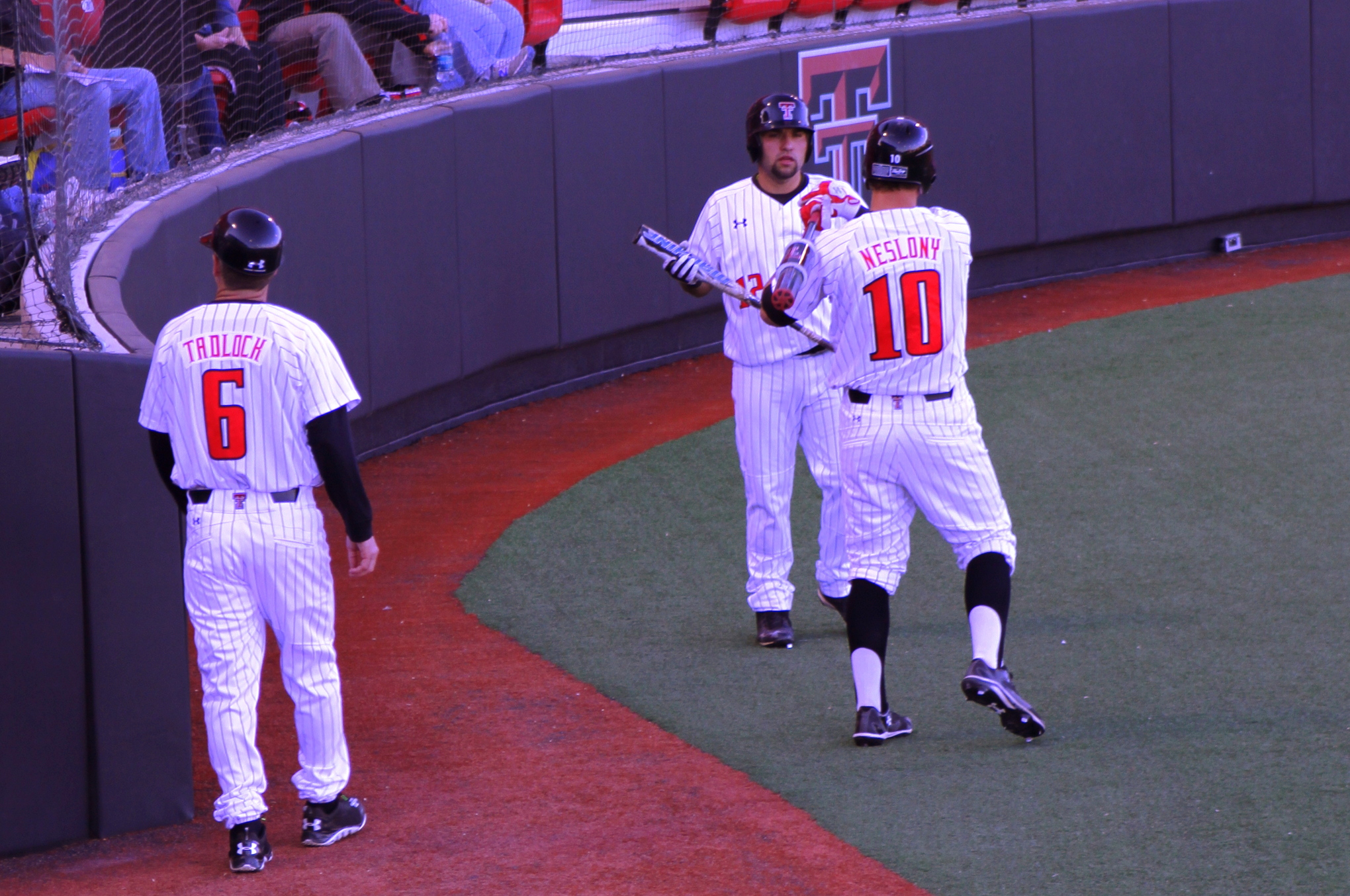 One of the other criticisms was that Kingsbury has final control over the uniforms. I knew that, but just didn't get around to writing about it and ultimately, I felt that Kingsbury wasn't sitting around sketching uniform designs (maybe he is/was) and submitting them to Under Armour to design them. That seemed a bit far-fetched. Anyway, there was also maybe some confusion about what sort of control Kingsbury had in regards to the uniform. So, rather than guess, here is Kingsbury's contract with Texas Tech and here is the relevant portion:

Coach shall have creative license in the design of the football team’s equipment and team uniforms, subject to the University’s team apparel supplier and the football program’s budget. All of the above equipment and uniforms are to be mutually agreed upon between Coach and the Director of Intercollegiate Athletics. Coach has sole discretion on deciding when the football team will wear specific uniform combinations.

Just to break this down. Kingsbury has creative license . . . but . . . all uniforms are subject to Under Armour's approval . . . and . . . athletic director Kirby Hocutt's approval. So what does this mean? Well, for me, it means that Kingsbury is culpable because he has creative license, whatever than entails, but maybe more than that is the idea that Hocutt has to approve the uniforms. It's a bit disappointing to me, and I don't know why, but I want our athletic director to absolutely make sure that there is a singular brand and voice that comes from everything emanating Texas Tech.

Hocutt is incredibly careful to have the athletic department's motto for it's student-athletes, "Fearless Champion," to be an integral part of every athletic program and it's a great thing to have that sort of consistency, but that consistency needs to be part of the uniforms as well.

More than anything, to have the brand that is Texas Tech, from the double-t to the motto "Fearless Champion", be so consistent through the entire athletic department, but that consistency is lacking with the football uniforms is frustrating.

I want the one key takeaway from what I wrote a week or so ago and what I'm writing today, is for there to be consistency with Texas Tech's brand.  I'm asking for consistency more than anything else.

And one more footnote to the initial uniform post, which is that I very much praised Under Armour for the logo that was on a recent t-shirt that I purchased. 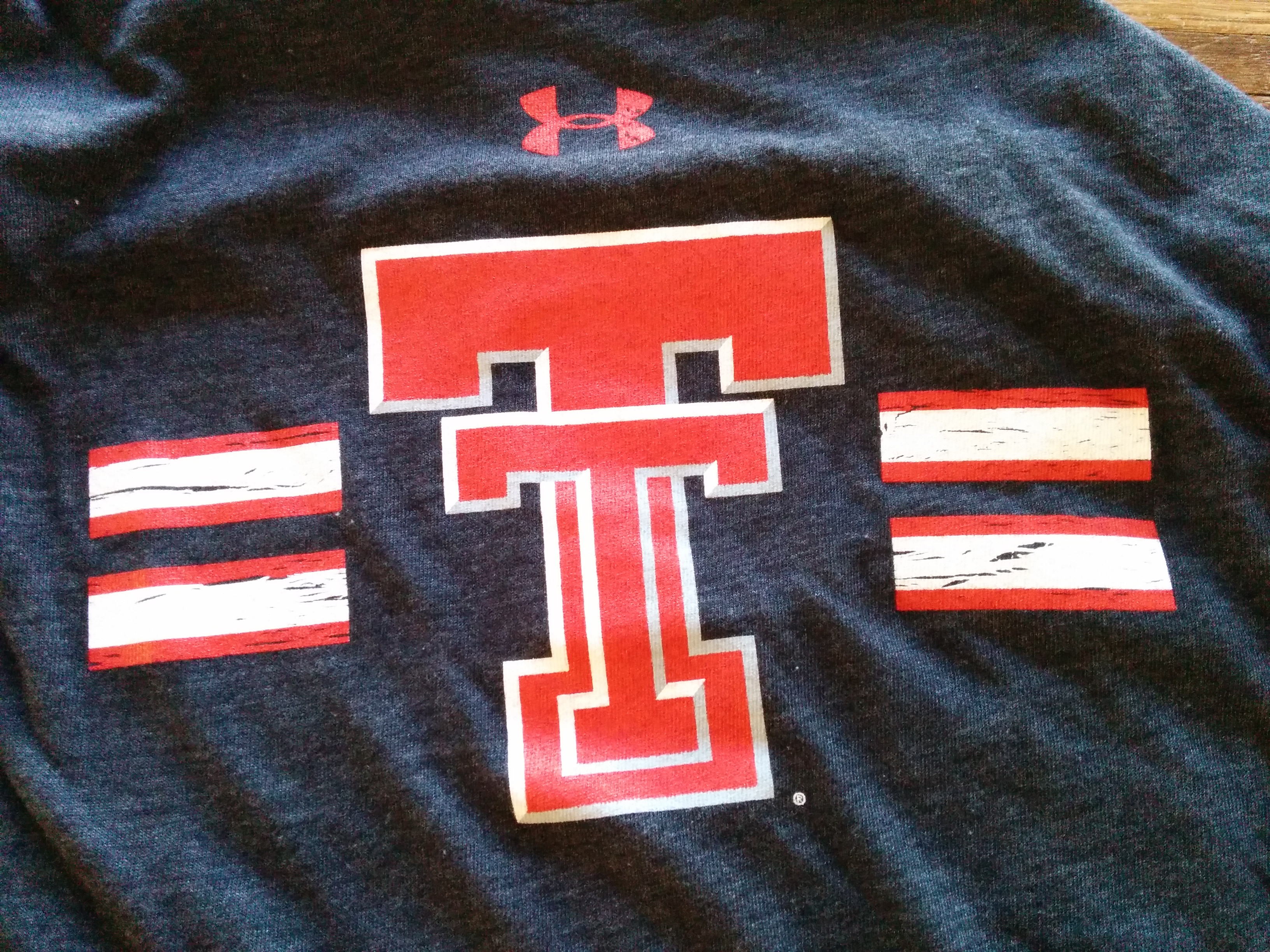 Apparently my praise was misguided as VTM member kayakyakr originally had the slightly beveled, but original double-t two years ago. If Under Armour did lift kayakyakr's re-design of the double-t (and it's very probable that they found the image but just didn't know who to credit), then I hope there is a payment to kayakyakr issued immediately. If you need his contact information, shoot me an email at doubletnation AT gmail DOT com and I'll get you situated.

Because it's going to be a long offseason I'm going to try to ask that you all break out your photoshop or GIMP or whatever else you have and get creative.  I wish I had the ability to do this, but I know there are talented people out there that like dabbling in uniforms.  So get ready.  Next week, I'll call for a submission of different logos and/or uniform designs.