Gilbert manages my fantasy football team and he came up with our team's name. Our team is named Gilbert. Gilbert worries about things and would like to share his worries with all of us. This could be a weekly thing.

Share All sharing options for: What's wrong with Gilbert?

Hi. I'm Gilbert. I worry about things. I'm glad to have this platform but I'm worried that I'll mess up. Every week I'll chronicle my worries. I will do so by chapter.

I'm worried that Kliff Kingsbury is going to leave us for USC or UConn. UConn will swoop in and throw that UConn money at him and he'll leave us. I set up a Twitter account and it auto tweets @TTUKingsbury 100 times a day. I send him tweets of jets and MMA and stuff so he knows that I'm worried about him.

I'm worried that we're gonna lose a game to Kansas or somebody else. Kansas is our next game and we could easily lose. It's a 50/50 chance that we will lose if you do the math.

I'm worried that Kirby Hocutt is gonna leave us so bad it makes me so sick. I set up a Twitter account and it auto tweets him pictures of cactus so he knows that I'm worried.

I'm worried about managing this fantasy football team that bears my name. Why did I suggest naming the team after my own name? That was so stupid. What's gonna happen when Adrian Peterson has a bye week? Ugh. I'm gonna throw up.

I'm worried about Michael Brewer and Baker Mayfield and Davis Webb because there's so many of them.

I'm worried about the government shut down because who's gonna spell check my emails?

I'm worried because I didn't take this job and I could've had extra money for trifles and clubs because they mean a lot of fun. 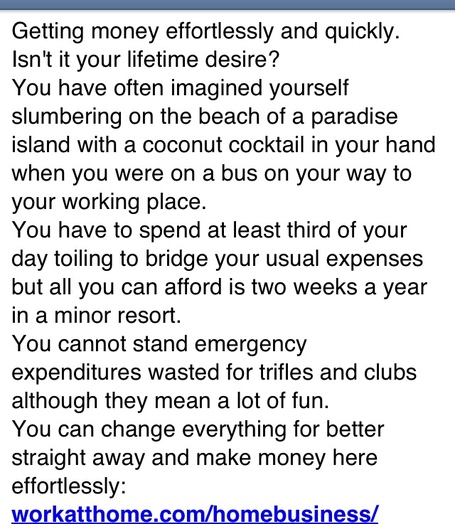 I'm tired of taking the bus without a coconut cocktail in my hand.