The Red Raiders played it close in the first half, but couldn't keep pace as the Jayhawks routed the Red Raiders, 73-51. 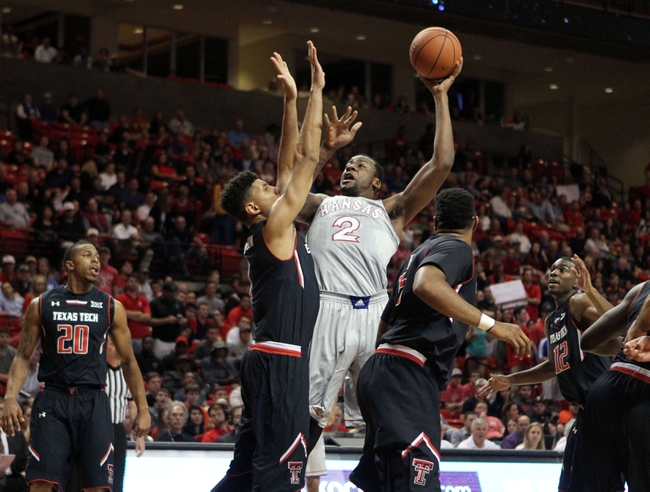 C Norense Odiase. Odiase had a bit of a rough start, having some shots blocked, but he had a good game, the best game that we've seen from Odiase in quite some time. Finished with 13 points, 8 rebounds, including 4 offensive rebounds.

2. Onwuasor Out. I am a bit bothered by the idea that Randy Onwuasor is suspended for the game for disciplinary reasons. That's Justin Jamison dismissed from the team, after multiple suspensions for disciplinary reasons and now, Onwuasor. This suspension could be for not attending study hall, or something like that. Or, it could be more. We just don't know. What we do know is that Onwuasor did something, right before a significant game, and an already short-handed team, without Justin Gray who is out with an injury, and Jamison, Texas Tech really cannot afford to be without a significant player. Maybe this is the bad decision that makes me the most upset, which is that Onwuasor made a decision that negatively affected the team. With the way that the season is rolling, I think it would be clear that no player is above reproach.

3. Smith's Good Game. Zach Smith continues to be the guy that continually gets 30 minutes a game. Whether Texas Tech wins or loses, Tubby Smith is feeding Zach minutes and he played 30 minutes last night, leading the team, and he finished the night going 4 for 4 with 10 points, 2 assists, a couple of turnovers and a block to go with 3 rebounds.

4. Williams and Evans Play Well. Nothing wrong with highlighting the good, right? I also liked the play of Devaugntah Williams and Keenan Evans last night. Williams finished with 11 points, making 4 of 10 and grabbing 5 rebounds. This isn't great, but Williams is such a feast or famine sort of player, he's got to figure out how to be more consistent, especially on the road. Williams has to keep watch of the turnovers, but the team only had 10 turnovers for the game, so this would be a tough criticism. Evans was 3 of 7 from the field, but he was 0-fer from the three-point line. Evans finished with 7 points, 3 boards, an assist and a turnover. Evans is looking less and less flustered as the games continue to mount, and that's a good thing. He's not perfect, but I think he's going to be a real asset shortly.

5. Rough Games. Robert Turner couldn't get it going last night, making only 1 of 8 from the floor and 1 of 5 from the three-point line. Toddrick Gotcher, who got the start in place of Onwuasor, also had a rough line, shooting 1 of 6 and 0 for 3 from the three-point line. And Aaron Ross was also 0 for 6 from the field, never able to get on track. Without any sort of outside shooting from Gotcher and Turner, this team isn't going to be able to complete the upset.