The Red Raiders dropped their second straight game, this time to the Houston Cougars, 82-69. We've got five thoughts on last night's loss.

This was a bad loss. I was really confident heading into this game and thought that Texas Tech held some significant advantages, but Houston jumped out to an early lead, Texas Tech comes roaring back, but when it s all said and done, Texas Tech ends up losing by 13 to the Houston Cougars, 82-69. 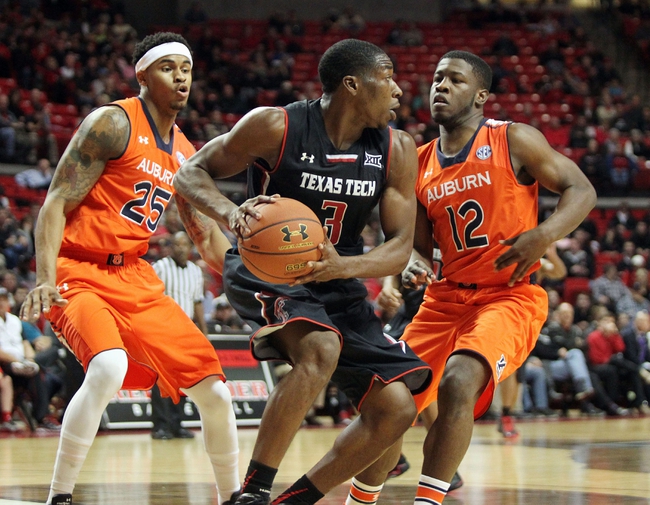 PG Randy Onwuasor: I think it has to be Onwuasor. He was certainly the most efficient. Without a doubt. Onwuasor was 4 of 5 from the field, with 14 points, 3 of 3 from the three-point line (which is a total oddity for Onwausor), 7 rebounds, 2 assists, 2 steals and 4 turnovers.

1. Williams is in a Bad Way I think I wrote something similar a while back and if you just look at the box score, Devaugntah Williams did lead the team in scoring last night, with 21 points, but it took him 20 shots to get there, including 0 for 9 from the three-point line. Williams biggest attribute is that he can shoot and if he can't shoot, then he's a lot less effective. Still, Williams has to be better from the outside, and he was 0-10 against Loyola-Chicago and for this two game stretch, Williams was 0 for 19 from the three-point line. Yeesh, that's not good. That's not to say taht Williams was terrible all around and he did go to the line and made 7 of 11 from the free throw line, grabbed 5 boards and didn't turn the ball over, but that outside shooting is incredibly critical.

2. Nothing Inside. This is a horrible thing to look at at the end of the game. First of all, Zach Smith didn't play last night because of a bad back, so maybe there's some reason why this happened, but there was virtually nothing happening inside. Norense Odiase had 2 points, Justin Gray had 0 points, Clark Lammert had 6, Justin Jamison finished with 2 points, Isaiah Manderson had 1 minute and Aaron Ross didn't score. The frontcourt was just terrible last night and no matter what, this has to be better. Just has to be better, for this team to compete in the Big 12.

3. Defense Failed. The defense failed in a big way last night, allowing Houston to make 54% of their shots and 54% of their three-point shots. Texas Tech's hallmark has been suffocating defense and Texas Tech didn't get that at all yesterday. It's no secret that Texas Tech's offense, with so many freshmen playing is going to struggle, but they cannot afford to struggle on defense. Otherwise, this is

4. What Do You Want To Be. Texas Tech really needs to figure out what they want to be and I can tell you that they don't need to be an outside shooting team. I don't know if the route against South Carolina State made this group think that this is what they needed to be, but for the first time all year, they shot over 20 three-point shots against SCSU and have shot over 20 three-point shots in these two losses. Not surprisingly, Texas Tech's best wins, Auburn and Fresno State, they respectively shot 9 and 10 three-point shots. I understand that this team had to come back a bit, but those shots need to go inside. Oh, and one more thing, this team has to figure out how to share the ball better. Texas Tech had 6 assists for the day. Yes, for the entire game. No ball movement, no finding the open man, etc. If you watch the highlights below, I think you see all 6 assists for the game and not surprisingly, Texas Tech scored on all of those opportunities.  It's cause and effect.  That has to get better.

5. Hang On. Whatever happens, don't give up on this team. Yeah, this post is a bit harsh and that's okay too. I love this team and I love what I think these players are going to be. The break should be good and there will be a good test against North Texas after the break. I'm still so excited about this team because I think there's still a ton of things that can go really right and it will be interesting as heck to see how Tubby Smith gets there.