The Red Raiders were blown out in Ames by the Cyclones, 75-38. We've got 5 thoughts on yesterday's game, stats, and highlights.

Hey everybody! I'm back after taking a bit of a hiatus from having a cold and being out of town and of course I'm covering a game where there may not be a lot to write.  But hey, this is actually coming off of a win against Kansas State and Texas Tech is playing on the road against an efficient offensive team, so I really did see this coming. Oh, and not to bury the lede, Texas Tech lost to Iowa State, 75-38 yesterday in Ames.  Let's get to it. 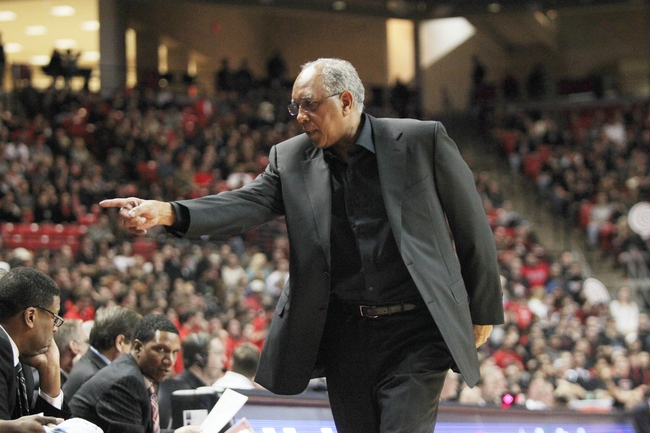 F Zach Smith. I'm going with Smith here as I could also choose Toddrick Gotcher as well. Smith only had 8 point,s but he also had 5 rebounds and he continues to play pretty big minutes as Tubby Smith is force-feeding him playing time as much as possible. I think there's no question that Tubby sees Zach as a future star and staple for this team.

1. 0-7. This is Texas Tech's free throw percentage and this is pitiful for two reasons. It is pitiful because Texas Tech couldn't make a free throw, as Odiase, Onwuasor, and Turner all missed two while Evans missed one. The econd reason why this is pitiful is because it means that Texas Tech didn't really put up much of a fight to do any work inside. Oh sure, there are missed calls, but we're talking about four times that Texas Tech pushed the envelope to the point that the refs would blow their whistle. That's for an entire game. This is Texas Tech on the road, which is that this team has struggled all year to do much of anything on the road, and that includes putting the ball in the basket. Winning on the road is a different thing. It's a difficult thing, especially in the Big 12.

2. Fast Breaking and Turnovers. Any time that you let Iowa State just do their thing and take advantage of fast break points, 15 for ISU to 4 for Texas Tech, plus 16 points off of turnovers for ISU, which was based on 15 turnovers for Texas Tech. That's easy pickings for ISU, a team that really doesn't need easy pickings, but they sure as heck took advantage of them.

3. Just No Defense. There really wasn't much of any defense, any defense at all for the game. Iowa State shot 56% for both halves, actually they were 14 of 25 for boths halves and Jameel McKay, who I didn't even mention before the game because he's normally a terrific 6th man, but started yesterday, was perfect from the field, going 7 of 7.

4. Jamison. I haven't had time to address much of the Justin Jamison issue other than I had an inkling that he might be all but gone because of his lack of playing time, whether it was now or at the end of the year. Something seemed off about Jamison from the beginning and I had pegged Jamison as a guy that would immediately step into the starting rotation because he could provide so much to the team in terms of low-post scoring and versatility. Jamison never started on the right foot. Suspended for the first part of the year, he never let himself be a part of that rotation and Tubby Smith made a decision, very early, that Jamison would not be trusted. Jamison appeared to have done something to make Tubby choose to trust his freshmen big men over him and Jamison never earned that trust back.

5. Home Stretch. Texas Tech really is headed down the home stretch with this thing, but it's going to be ugly for at least the next four games as Texas Tech hosts #8 Kansas (of course they are coming off of a loss to Oklahoma State) on Tuesday, then travel to Austin to play #25 Texas, and finally hosts #19 Baylor and #21 Oklahoma for two games before playing TCU. That's one heck of a stretch, four ranked teams, although Texas could drop out this week. They're still pretty good. Just keep in mind, during this four game stretch, all of the good things that this team has been able to do this year. Lots and lots of good things. They might be easy to forget, but this team has come and gone a long ways. Don't forget that.