The Red Raiders drop to 4-0 in the Big 12 Conference, but Texas Tech battled and fought and scrapped the entire game.

An incredibly hard-fought game, a game where Texas Tech didn't give up on the game despite the score, but the offense couldn't pull itself out of the gutter offensively to pull ahead. The Red Raiders lose the the Kansas State Wildcats, 58-51 and Texas Tech is now 0-4 to start the conference. 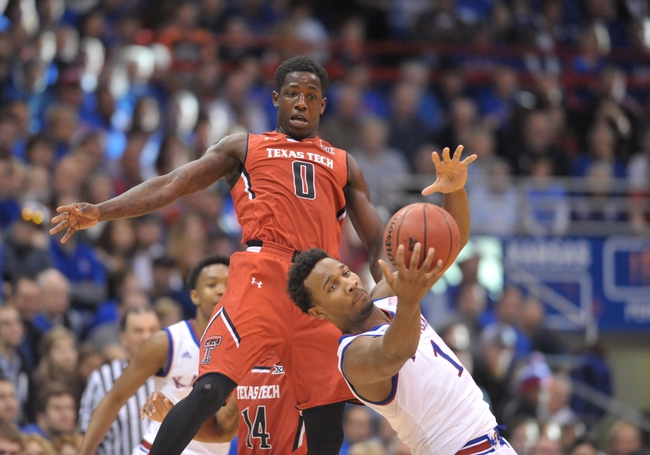 PG Robert Turner. Turner had his best night in what seems like a long time and he was the most efficient scorer of the bunch. Turner scored 16 on 5 of 11 from the floor, including 2 of 5 from the three-point line and was 4 of 4 from the free throw line. Turner still has to work on the turnover issue as he had 2 assists to 3 turnovers, but he also finished with 2 steals.

1. Change in Starters. I thought that this might be coming down the pike, and sure enough, head coach Tubby Smith changed his starting lineup as he had Zach Smith starting at the three, with Isaiah Manderson and Norense Odiase starting at the post positions. We also saw both Randy Onwuasor and Keenan Evans get the start at the guard positions. I thought that this might be where Texas Tech was headed due to the fact that the offense was so stagnant and was maybe looking to jump-start the normal starters, but this new group of starters didn't do all that much better, but we did see some improvements from Turner offensively and Devaugntah Williams scored 13 points (but it was on 16 shots). Now, Texas Tech just needs for those guards and the big men to all have decent games at the same time.

2. Keeping it Close Despite Shooting Oneself in the Foot. As late as 3:08 left in the game, Texas Tech was down by just 3 points, 49-46. And part of the key in coming back, which we'll talk about in greater detail in a minute, is the defensive presence of Zach Smith as well as some full court pressure that seemed to force Kansas state into some bad passes. It was nice to see that pressure from Texas Tech, especially knowing that teams have been employing full court pressure on Texas Tech for the past 3 or 4 games. But Texas Tech missed a ton of layups and short shots. Finishing at the rim was incredibly tough for the Red Raiders and had they made just a few of those missed layups, then we very likely could be talking about a win rather than a loss.

3. Smith Affects Opposing Offenses. Maybe the biggest bright spot of this game was the play of Zach Smith, who only scored 6 points but he affected the game in so many other ways. He grabbed 9 rebounds, played a team-high 35 minutes, had 1 assist and 1 steal, but he had an astounding 5 blocks and affected many more shots. Smith is really maturing and he's a joy to watch even though he's not putting up offensive numbers, he's going to be special for Texas Tech because that offensive game is going to come around.

4. Free Throws Were Great, But . . . The "but" here is that Texas Tech did make 100% of their free throws, but they only shot 8 free throws for the game, 4 by Turner, 2 by Aaron Ross and 2 by Toddrick Gotcher. Texas Tech's usual free throw advantage didn't come into play in the least, while Kansas State went to the line 26 times. I think a large part of this is that I really didn't feel that Texas Tech found a way to get the ball to their post players to really set them up to score. Most of the shots that the post players took were those missed layups coming off of offensive rebounds, but by set plays. Texas Tech has to get to the line and make free throws to be in games.

5. No Lack of Effort. Starting conference play 0-4 isn't fun, but there is just no lack of effort from this team. Texas Tech crashed the boards, grabbed 17, yes, 17 offensive rebounds and held an 8 rebound advantage over Kansas State. The scrapped and clawed and tried to come back. the biggest problem for this team is that they just haven't figured out how to share the basketball (only 10 assists) and how to protect the ball (13 turnovers). Despite those mistakes, Texas Tech continues to make it a game just about every time out (Kansas is the exception thus far) and I would expect that trend to continue. TCU is next.