Nate Night Thoughts: Can we stop wearing white at home?

Scarlet and black are the way to go.

Share All sharing options for: Nate Night Thoughts: Can we stop wearing white at home?

In my own opinion, I think Texas Tech has some of the cleanest colors and uniforms in the country, let alone the Big 12. But I do have some beef with the Red Raiders these past few seasons: why are we wearing white uniforms at home? For those of you who may not know, the home team always gets to pick their uniforms and the road team typically has to wear white if the home team chooses any color other than white. There are some rare special circumstances where this doesn’t apply (USC vs. UCLA typically wear their primary colors of red and blue respectively when they play each other).

Tech gets a few chances every year to break out the scarlet or black jerseys, but recently we’ve been wasting an opportunity to do so at home by choosing to wear white at the annual Celebrate Cotton game. The Celebrate Cotton game is a fantastic way to recognize the agricultural industry that West Texas is known for, but does that mean we have to wear white? The Red Raiders will likely have to wear white a minimum of six times a year during their road games and I would much rather see Tech show off their scarlet and black combos when they get the chance.

Along with Under Armour, Tech has done a fantastic job with their uniforms since Kliff has taken over the head job. From the traditional all black uniforms that the Red Raiders are notorious for, to the all red look that Tech sported against TCU this past season, and everything in between (even you, gray uniforms). Tech puts out fantastic uniform combinations on the field and white is something you can experiment with during road games. There have been some other notable looks such as the lone star uniforms against Texas in 2013 and 2014, or the two-tone jerseys against OU in 2014.

We also can’t forget the fan favorite, Zach Thomas era, throwback uniforms that sport the old-school Double T. These uniforms might be my favorite look for the Red Raiders and it would be awesome if we threw in different colored helmets with black or white Double T’s on these throwbacks. Uniform swag has taken over the college football world and home games are a perfect stage to throw out new looks! 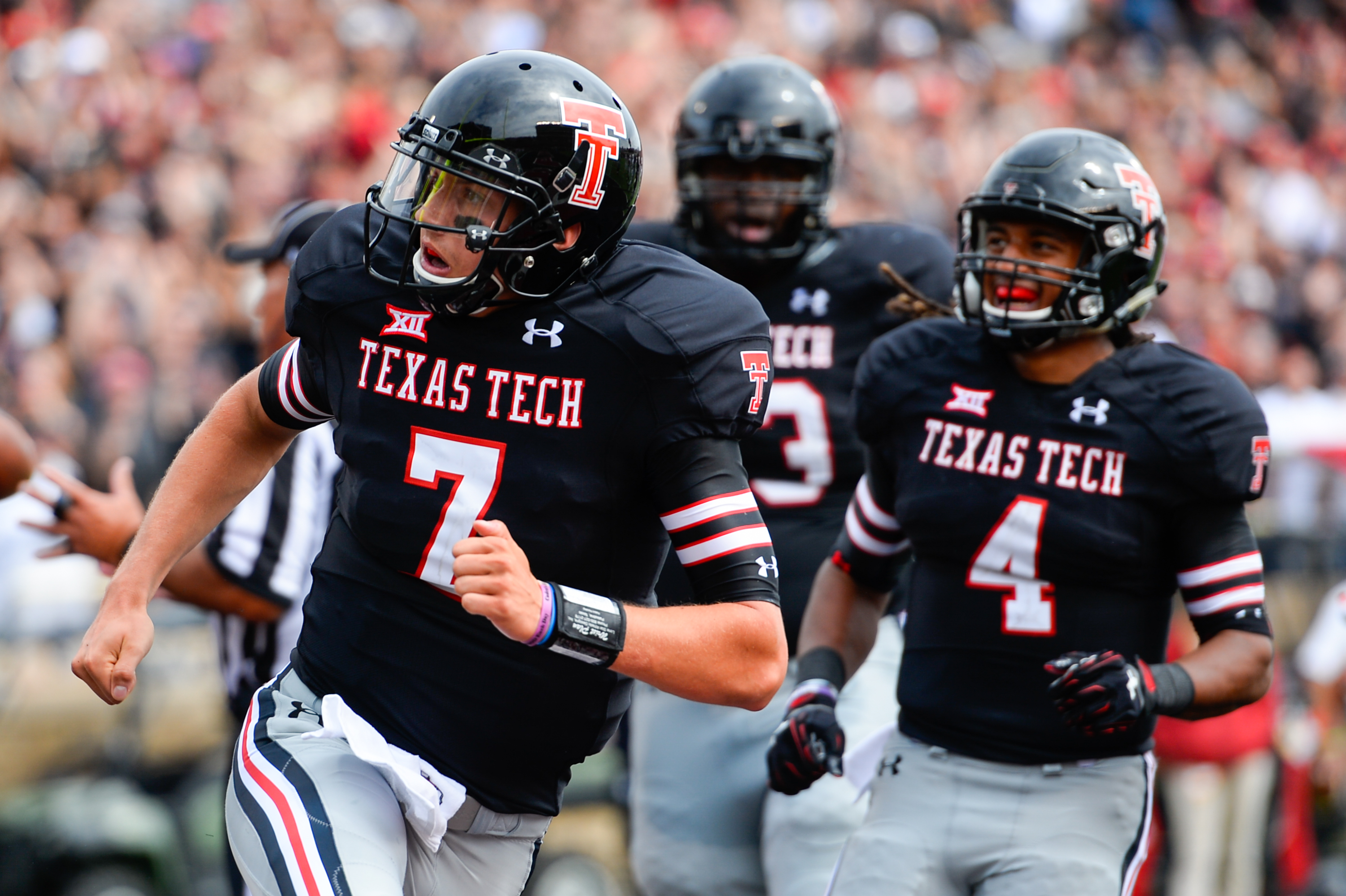 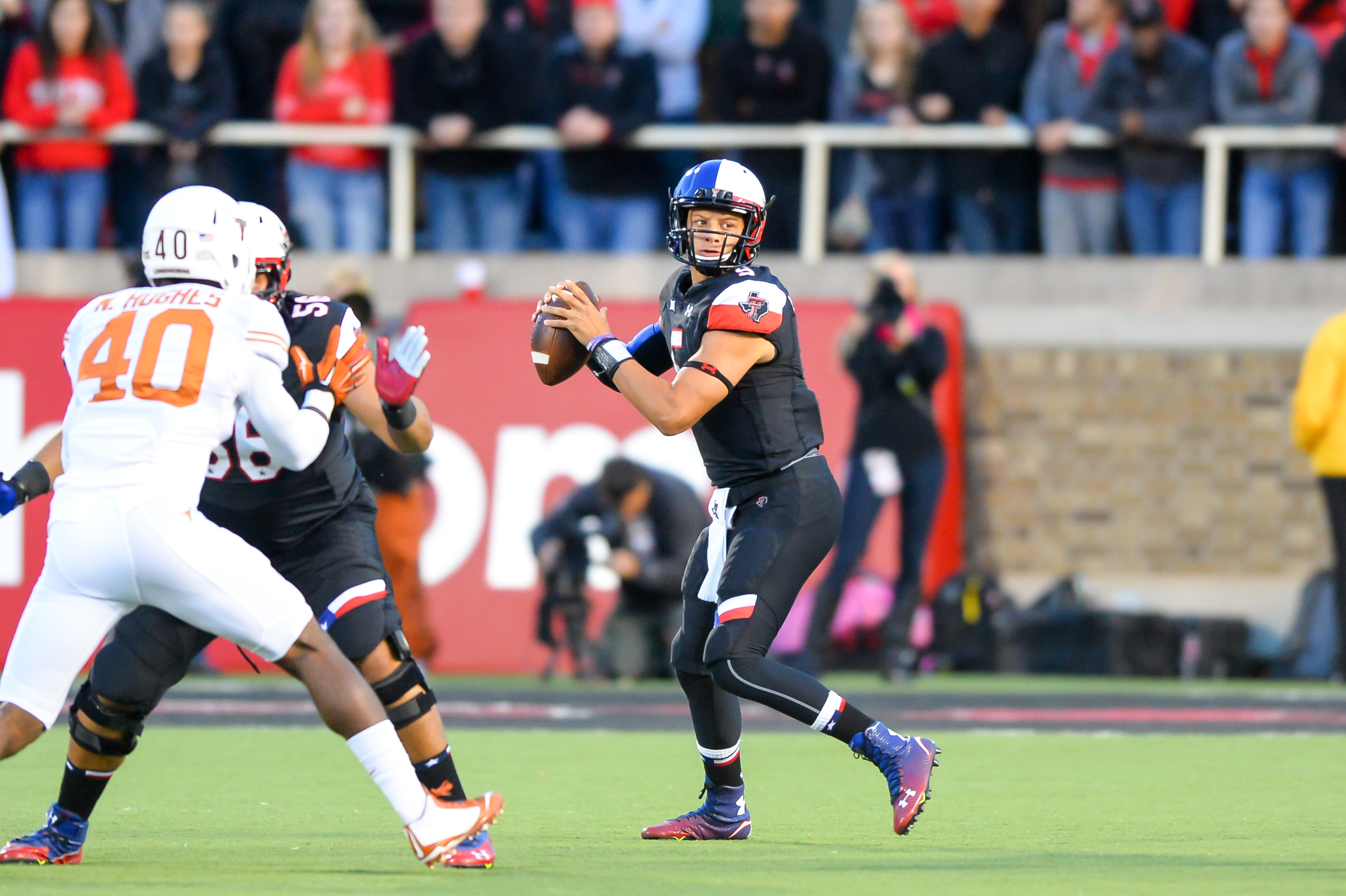 With that being said, how do you feel about white jerseys at home games? Do you have any neat concepts to share with Red Raider fans? Give us your thoughts in the comments.