I know what you were thinking... if Lebron was a Big 12 football program, who would he be?

School is out and the temperature is going up (once the rain finally stops). Memorial Day pool parties are behind us and now three months of baseball and a few weeks of the Olympics are all that we have to bridge us to the sweet nectar that is college football.

There are a few ways you can pass the time this summer, which my good buddy Miles wrote about last week. There are also a few other oases (that’s the plural of oasis...I had to look it up) of sports topics that we can turn into football discussions.

*Would Pat really be able to make it in pro baseball?

*What Tech athlete could make it in the Olympics?

*What Tex Mex restaurant would each Big 12 program be?

Crap, that last one was already done.

Let me offer you what I think will become the greatest discussion: If each football program in the Big 12 was a player in the NBA Finals, which team would be which player? Let’s dive in. 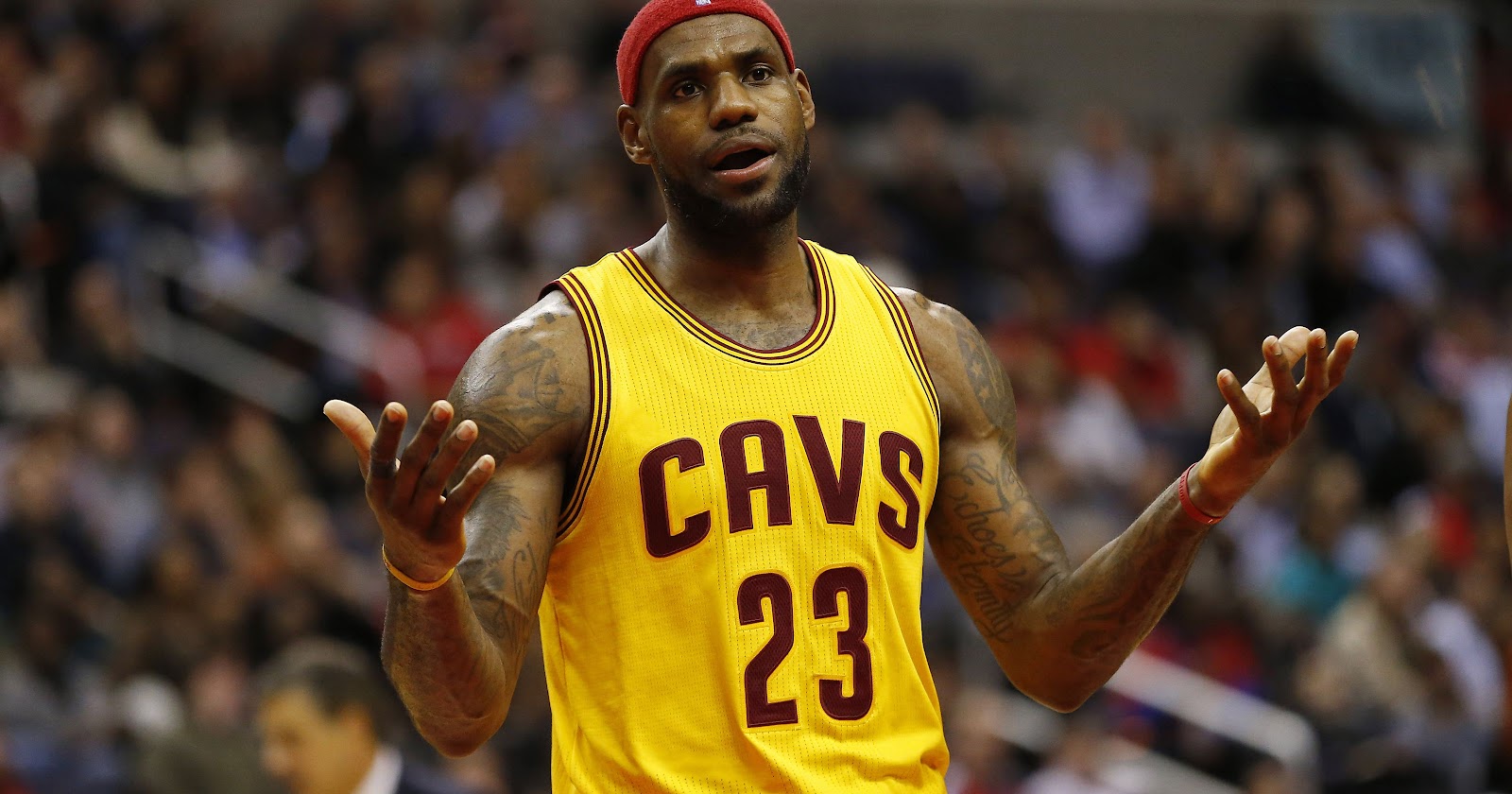 Lebron James - Oklahoma - He is the biggest name in the league right now and has arguably the most talent. Lebron has multiple ways of beating you, whether it is through the air via one of his majestic dunks or on the ground with pinpoint bounce passes and terrific perimeter defense.

The only drawback for being Lebron, is much like OU, he gets to the final game(s) often but rarely wins. Most teams are envious of his relative success, but the same people are laughing at his past failures on the big stage.

I’ve also heard that vine of "LUH-BRON JAMES" about as many times as "Boomer Sooner."

Kyrie Irving - TCU - The newer kid on the block, Kyrie is still considered the little brother amongst this elite group of athletes. Deadly on offense, yet smaller in size, Kyrie is supplanting previous big names as one of the top dogs in the profession.

Coincidentally, the city of Irving is not far from Ft. Worth. Kyrie also has a pretty solid rivalry growing with… 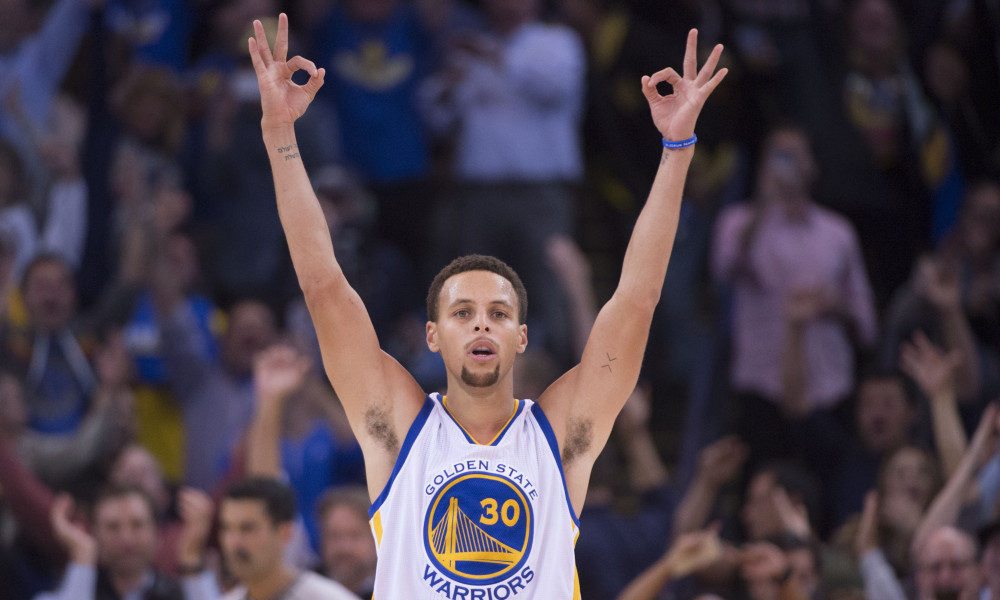 Steph Curry - Baylor - Steph is scoring in ways no one has ever seen and possesses a deadly air attack that is truly remarkable. Even though he has been in the league for a few years, he is just now the new hot name on the block. Much like Kyrie, he’s smaller in stature, similar to the Baylor student population, yet possesses an IQ that is unmatched.

Steph’s shooting is just as impressive as the 37 different uniform combinations Baylor has at their disposal.

JR Smith - Oklahoma State - Similar to the Cowboys, Smith is all offense and nothing else. He is only relevant when he is riding the coattails of his big brother Lebron (Oklahoma) and hasn’t won anything, despite putting up impressive offensive numbers. If Lebron ever left or built a super team (super conference), JR would no doubt beg to be included in the move.

Defense isn’t really his thing and the phrase "pistols firing" seems to match both Oklahoma State and JR pretty well.

Andre Iguodala - Kansas State - Well respected in the league, Iguodala has lost a step compared to where he was at earlier in the century. Iggy has the ability to lock down even the best offensive player on a given day and has flashes of what he used to be. Despite the decline in talent, Andre is still head and shoulders above the likes of Barbosa and Dellavedova and has a good shot at downing Thompson, Green and Smith. 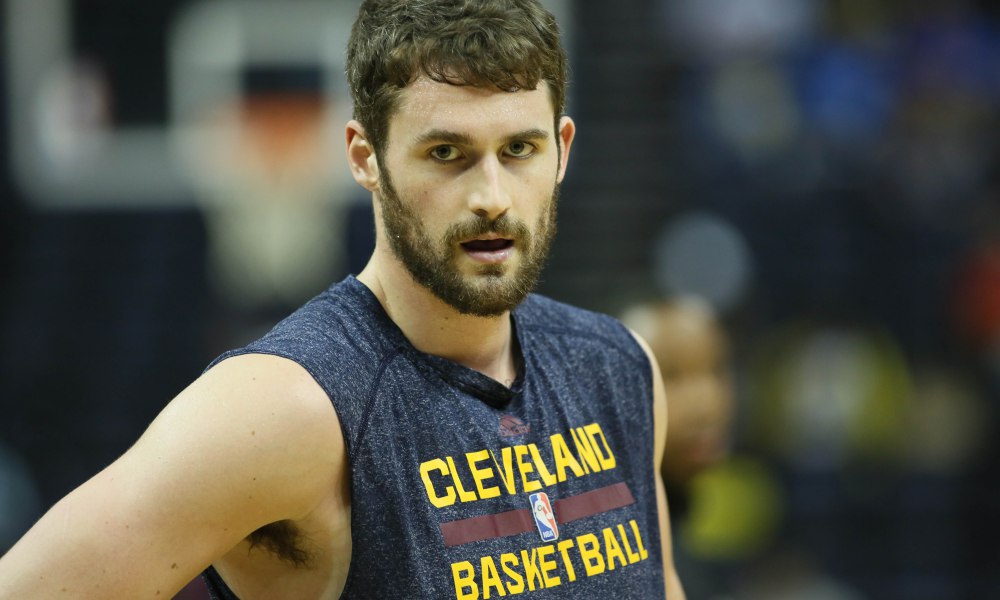 Kevin Love - West Virginia - Much like the Mountaineers, Love used to dominate lesser competition and put up crazy numbers; only for people to say it didn’t matter because it never turned into anything significant. Similar to West Virginia, Love was previously the brightest star at his last spot, but now he plays 3rd fiddle... just like the Mountaineer fans on their porches.

K-Love is also is the only one with a mountain man beard.

Draymond Green - Texas - Much like the UT fan base, Draymond has a much higher view of his effect on how the season plays out. Almost everyone dislikes him for some reason or another and he has a great knack for being able to get under everyone’s skin.

Green is extremely defensive minded, but like his counterparts often tries to light it up on the scoreboard, only to misfire on most occasions (I know he had a great game 2). Brash and bold, Draymond has won enough that he can boast his previous accomplishments, but just like the burnt orange t-shirts from Wal-Mart that every Texas "alum" wears, Draymond’s talk is cheap.

Leandro Barbosa - Kansas - At one time, for a brief moment, Leandro was on top of his competition, running wild and creating rivalries along the way. With so much fire power around him, Barbosa has been relegated to the end of the bench and can only muster small glimpses of what he used to be. Basically, he’s just kind of there.

Barbosa has also run through teams (7) since entering the league in 2003 at almost the same pace that Kansas has replaced head coaches during the same time frame (5).

Matthew Dellavedova - Iowa State - Dellavedova has never had the greatest natural talent, but gives maximum effort and is generally useful only when bugging the big time players. In the 2015 Finals, Delly had moments of looking like he’d become a key part of a winning recipe, only to run out of gas.

His contract compared to the rest of his team is basically a mirror image to Iowa State’s athletic budget in the big 12 pecking order. 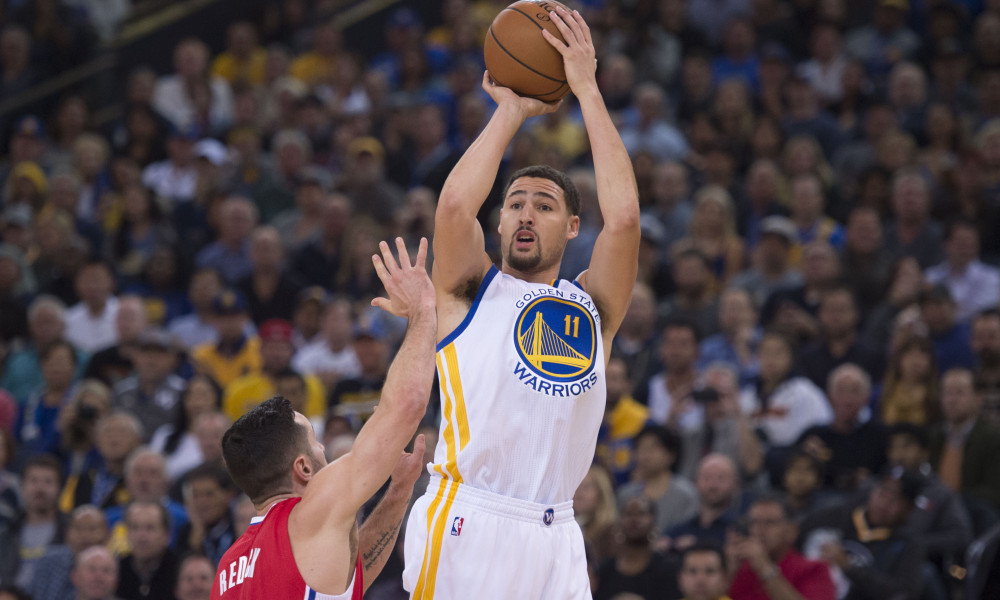 Klay Thompson - Tech - Despite having one of the best offensive skills sets in the league, Klay will always be seen as in the shadows of bigger schools. Klay scores a ton of points and puts up numbers that people have never seen (11 threes in one playoff game), but never gets the credit he fully deserves and is sometimes seen as a one-trick pony.

Much like Tech, when big time teams lose focus because they are concerned with the Baylor’s (Steph Curry) of the world, Klay ruins their whole night and wrecks them when they’re not paying attention.

There you go. While you’re enjoying the rest of the NBA Finals and you see Klay Thompson dunk on Kyrie Irving, just know that it is indeed a precursor to Tech dunking on TCU in the fall.