We're all day to day, even when waiting for Halloween to finally get here.

Share All sharing options for: What's wrong with Davis Webb?

This time of year he has a one track mind. Cade, my five-year old son, has been cautiously obsessed with Halloween since before he could crawl; so much so that he starts planning for its arrival soon after his late August birthday. Every year he gets the flyer from Party City and studies the various costumes available to him if only he could catch a ride to the store. Cash, his two-year old brother, is now in on the act and they'll lie on the carpeted floor, painstakingly debating whether to be a purple Ninja Turtle or fat Mario.

Baker Mayfield is a rolling stone

"Daddy, when's it gonna be Halloween?" he'll ask me, time and again. "Not until late next month," I'll answer. "Ok, so is it gonna be Friday?" he responds hopefully, returning to his worn paper. He's afraid of the scary parts of the holiday but the costume and candy make up for the dangers of the night. By now it's a common autumnal tradition around our house.

Sadly, another tradition emerging is the now seasonal "Who's gonna start at quarterback for Tech?" question and subsequent debate after losing a starter to injury. Kliff Kingsbury and the University are frustratingly opaque on the topic, leaving the rest of us to wonder what to expect on game days.

This is what we know: Davis Webb was injured on a play in the 4th quarter last Thursday night in Stillwater. We're pretty sure it was his left shoulder. Quite possibly it was dislocated. He did not return to the game. But from there, anything is possible. Could it be a labrum tear- an injury most often associated with baseball and pitchers? Sure, it could easily be torn. 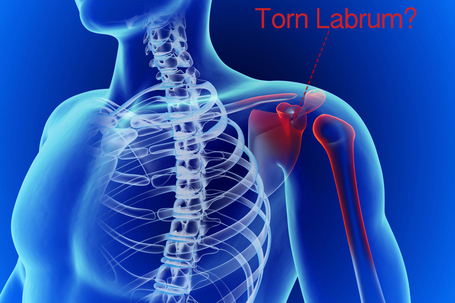 Could it be subject to chronic dislocation? Sure. It's possible. Could he be 100% and ready to go on Saturday? Well, he does appear to be awkwardly pliable, so perhaps his lean frame lends itself to mystical healing powers. Add to that the news via Twitter that Webb has been suited out for practice, making the situation even murkier, and the obvious improvements he showed in Stillwater, making the presumed setback even more disappointing.

All that we can be certain of is that Webb is "day to day," according to Kingsbury, which is quickly becoming the most useless cliché in all of sports. And then, keeping with the Halloween theme, Kingsbury added the hauntingly familiar "just make sure he can protect himself, really, and operate at a level we need him to operate. But more than anything, that he can handle taking a hit and protect himself," when asked about Webb's health during his Monday press conference. Michael Brewer questions, revisited.

Texas Tech also announced on Sunday that Webb will be a "game-time decision" which would be a laughable statement if we all weren't so used to it. It should be simple but it isn't, particularly considering that Webb and his backup, Patrick Mahomes, are vastly different in style. If the door is left open for Webb to start, that means the game plan will be tailored to Webb, thus leaving the true freshman with an even steeper climb and learning curve if he's thrust into action. Certainly not an ideal situation when heading to Manhattan to face-off against a Bill Snyder defensive scheme and a presumably windy Saturday night.

It's logical to assume that these continued sleights of hand are designed to keep opposing coaches awake at night, not knowing which quarterback they'll be facing. And I suppose on its face that argument has some merit but the swirl of information (and misinformation) would drive Edgar Allen Poe mad. Over the weekend the whispers I heard ran the entire gamut: From season-ending shoulder injury to completely fine and ready to go. The pendulum swung wildly, depending on the time of day.

So for now, we'll just buckle-up and try to enjoy year two of the ongoing drama that is Kingsbury's Quarterback Chronicles. On Saturday night we'll probably see some new uniform variation and everyone outside of the program's scarlet dome of silence will wait with bated breath to see which quarterback will trot out with the ones.

Because everyone knows there's a thrill to the deception; there's a reward for the secrecy and misdirection. For my boys, they get to plan out their costumes and trick the neighbors into filling their plastic pumpkins with candy. For Kingsbury, he hopes to cast a shadow of doubt in the mind of college football's resident wizard, perhaps giving his squad the slightest advantage.

Regardless of how the week plays out I wish the best for Webb and Mahomes. That's all we can do, shoulder injury or not.