Baker Mayfield is a rolling stone

You said you’d never compromise with the mystery tramp, but now you realize he’s not selling any alibis. As you stare into the vacuum of his eyes and ask him: Do you want to make a deal?

Share All sharing options for: Baker Mayfield is a rolling stone

In contemplating whether or not to write about his legend I had to decide if I was willing to break two of our longstanding rules:

Rule Number 1: Don't pick on kids.
Rule Number 2: Don't dwell on the past. Choose instead to write about the challenges ahead.

Ultimately I decided to go forward with this tale, ameliorating myself with the promise that I wouldn't be too harsh and I'd use lyrics from a Bob Dylan song in the end which would mitigate the breaking of rule one. As for rule two, I concluded through proper deduction and logic based solely on facts that the likelihood that our football team would face-off against Baker Mayfield in week one versus Central Arkansas is still a distinct possibility. After all, as of this writing, there remains four days for him to change his mind once again. Mayfield is the Drake of college football. Kenny Chesney with a rocket arm. He's a fan of every program and therefore a fan of none. He's happy to play for any team right up until the time he's not.

He could conceivably still transfer to Central Arkansas and lead the purple clad Bears to victory against the school and coach that so tarnished his image. So writing about Mayfield now is not for my enjoyment but rather from sheer necessity.

The travesty bestowed on Mayfield in late 2013 when Kliff Kingsbury refused to promise him the starting job in 2014 delayed his inevitable ascension into the pantheon of football gods, and for that there will always be hell to pay thanks to the irrational, hard-headed young coach.

So steel yourselves Red Raider fans and prepare for the danger ever lurking at the door. There are ten schools on the schedule this year (excluding OU and TCU) that could become his new favorite at any given moment. When, and not if, that happens just know that Baker Mayfield will be coming. Because, to paraphrase Ron Washington, "that's how Baker go." 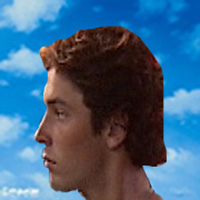 Baker Mayfield burst onto the scene last August when he became the first walk-on true freshman to start for a FBS school. He threw for 413 yards and four touchdowns for Texas Tech that night against SMU and accounted for five scores overall. And the legend was born.

But it was short-lived.

Even though he would later be named the Big XII Offensive Freshman of the Year, Mayfield could never quite muster the magic on display against the Mustangs on that steamy night in Dallas. Plagued by injuries and a propensity to "drop the football" and "let the other team get it," Mayfield failed to live up to the expectations many had for him after such a promising start. In Kingsbury's high octane, pass heavy attack, Mayfield only managed to throw for 1902 yards and eight touchdowns in the remaining eleven games after his dazzling debut. He didn't play in all of them, but he played in most.

And then, on a Saturday in early November, the legend donned a jersey with the words "Never Quit" emblazoned in brilliant white across his back. This was his chance to square off against the velvet hammer Bill Snyder and his Kansas St. Wildcats and prove his bona fides. Instead, he did this.

From there things only got worse for Mayfield and the Red Raiders.

So before the season even concluded, young Mayfield decided it was time to take his talents elsewhere. In a chat with ESPN's Jake Trotter a few days after leaving Lubbock he gave us all a peak inside his talented but somewhat entitled mind.

Michael [Brewer] was going first. I don't know if he [Kingsbury] did that by age, but there was no explanation for why he was doing it. Right when we started our first bowl practice, right before the practice, he [Kingsbury] said it was a straight-up competition and that was how they were going to determine the starting quarterback. I didn't think that was really fair. I'm not one to be afraid of competition at all because I've gone through that my whole life at Lake Travis [Mayfield's high school], too, and when I got to Tech. But I didn't think that was fair because I had done my job when I had gotten the opportunity. I mean, I thought I needed more of a chance, and I wasn't getting it. And they were splitting the reps equally so that was the last straw.

Yes, this is the same Michael Brewer who was just named the starting QB for the Virginia Tech Hokies, and was the prohibitive favorite to win the starting job at Tech last fall until he was injured during summer practice. In Mayfield's mind, Brewer didn't deserve the same opportunity that he was expecting from Kingsbury. Legends don't have to make sense.

But according to a source Tech's relent was nothing more than an empty gesture.

A source close to Mayfield told The Oklahoman that Texas Tech waited too long to act, meaning Mayfield can't receive an OU scholarship this fall.

So it seems there's no satisfying the insatiable hunger stirring inside Mayfield. He wants a scholarship and he wants it now. Disregard the fact that if he'd simply stayed the course he'd have one. He's in a better place, at a better school with better academic opportunities. Just ask him. He'll be comfortable there, until he's not. And then he'll be gone.

Perhaps Mayfield will settle in and make a career as a Sooner. But if the past is prologue, I'd be willing to bet that won't be the case. Baker Mayfield is a rolling stone in desperate search of a scholarship. So what happens when he finally gets one? What happens to all rolling stones?