Recruits names Tech near the top of their list, a basketball recruit reschedules his visit, 5-star has a new favorite and good news regarding two commits. Plus a look at LB BJ Ojo and SG Chad Lott

Hello VTM. There is not going to be a lot of info this week due to the fact there isn't a lot of info and it was move-in weekend for me. Also, I'm running out of players for the 2015 class in both football and basketball. I started out recruiting 3 players per post early on in the year, and now I'm running out of player I can review. Here is the list of the players I have recruiting thus far: 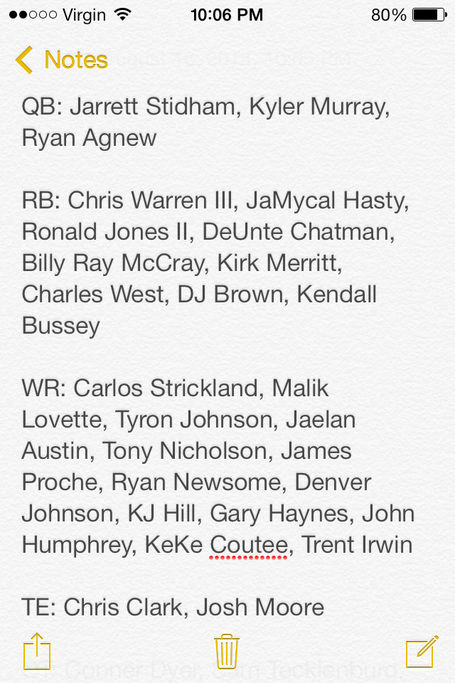 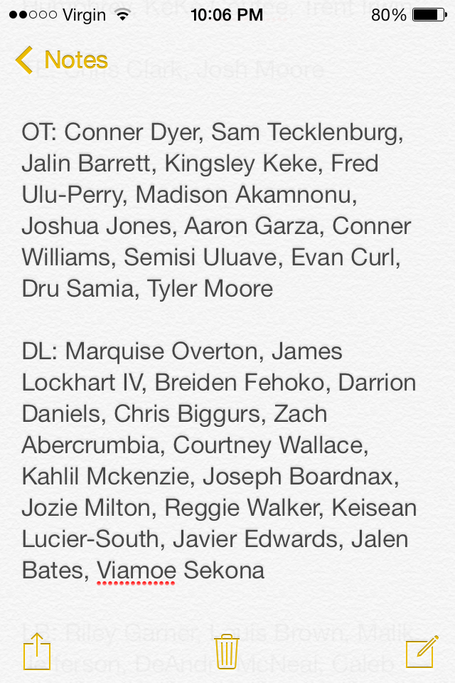 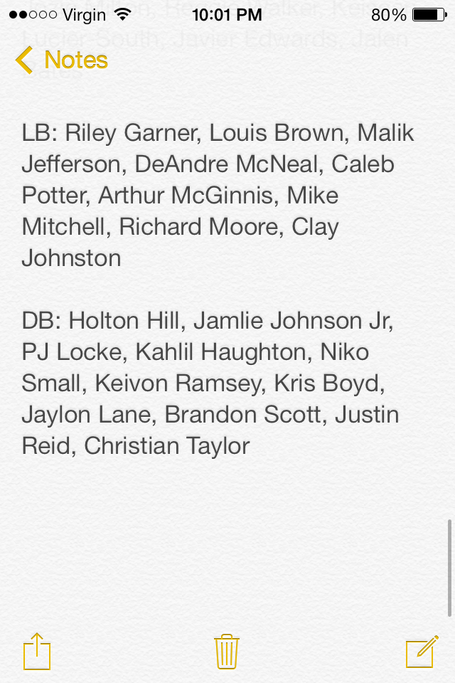 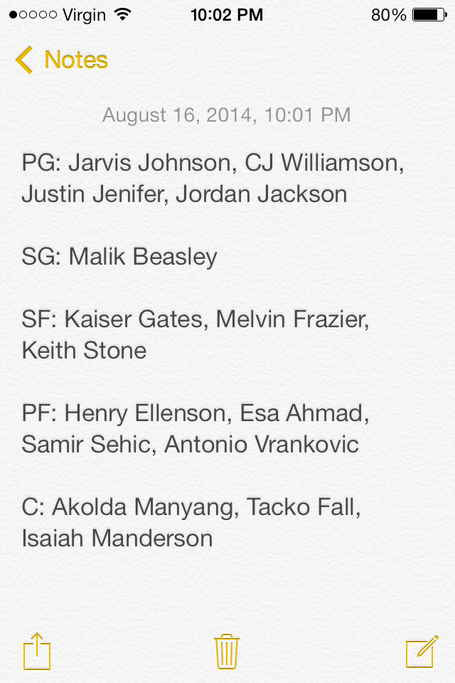 If there is a 2015 player not on this list you want me to review, just list it below in the comments (or if you don't comment, you can click on my profile and email me). Now let's take a look at LB BJ Ojo and SG Chad Lott

Iyare "BJ" Ojo first showed up on the Red Raiders' radar during a satellite camp in Houston. He attended the camp along with fellow Manvel teammates Gary Hayes, D'Eriq King and Deontay Anderson. He doesn't have any offer so far, but Ojo has interest from a lot of programs. I don't think a team like Tech will offer Ojo, but maybe the Red Raiders are looking for possible walk-ons for the 2015 class. Other big programs in Texas looking at Ojo are Baylor and Texas A&M. He did attend an A&M junior day and Colorado camp according to 247sports, but that's all it list. Neither 247 or Rivals has ranked Ojo (although 247 once had him at a 78) and ESPN doesn't have a profile of him at all. Now let's take a look at what BJ Ojo can do on the field. After looking at his film, there is no doubt that Ojo loves to tackle. He hits his opponent hard and does it often. He also has the speed and strength to make those tackles count. The numbers above are from his Hudl, but if they are true, those are some impressive stats. If Tech has a scholarship left, I think Ojo may be a good player to go after. With his toughness and apparent speed and strength, I think he has shot to be a valuable member of a football team. With Tech recruited King and Anderson hard at Manvel, I wouldn't be surprised if we see more of Ojo in the future.

We haven't talked about Chad Lott at all, but that was because I simply didn't know about him. However, Chad Lott said a couple weeks ago that Texas Tech made his Top 6 along with LSU, Houston, SMU, Creighton and UNLV. Lott has roughly 14 offer according to recruiting services, but Texas Tech isn't listed as having an offer, the only one of the Top 6 teams. However, Lott claims to have an offer from his Top 6 teams according to Scout. In that same article, it also says that he plans to commit before the early signing period in November. Tech will likely be looking to add a shooting guard with Hannahs transferring and both Williams and Gotcher being juniors, so Lott may be their replacement once they leave. Now let's take a look at what Lott can do on the basketball court. What I liked about Lott is his ability to drive his way through the paint and finish at the rim. He can weave and navigate his way through traffic and finish at the rim. He also has somewhat of an outside shot and is not afraid to pull up from three. Something about his shot bothers me, but as long as it goes in, it's ok with me. I don't know for sure if Tech really  has offered him a scholarship or not, but Lott is a player for watch out for. If Wendall Mitchell or Jordan Jackson don't work out, Lott would be a nice pick-up.

Here are some more updates: