We continue our look into the 2014 opponents and preview the Oklahoma State Cowboys. 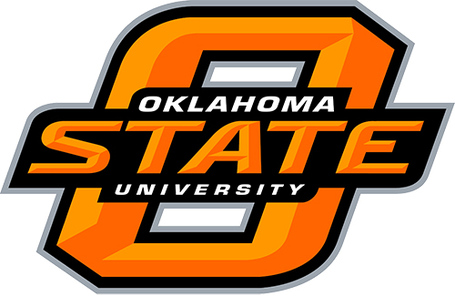 J.W. Walsh. Walsh was all but named the starting QB in the spring. He finished the spring in the Cowboys' open scrimmage (not technically a spring game) getting all of the first-team reps and Gundy pretty much laid it out. There are a couple of other guys on the roster vying for that spot, but don't expect to see anyone else barring injury taking snaps for the Cowboys. He split time with Clint Chelf last season, but was out of the picture around the Iowa State game. He finished the season with 1,333 passing yards, including 9 TDs and 5 interceptions. Walsh is also a pretty decent runner, averaging about 40 yards a game. That's not a lot, but enough to keep the defensive backs from forgetting about him using his feet.

Jhajuan Seales. Seales is about the only name in the receiving corps I can recall making an impact from 2013. It appears the Cowboys will be without a star wide receiver for the first time in what feels like a decade, but Seales could play this role very well. From Rashaun Woods to Dez Bryant to Justin Blackmon, the Pokes have had elite talent outside. Could Seales be the next name in that list?

Desmond Roland and Tyreek Hill. Roland has been a steady contributer on the ground and will look to finish out his career at Oklahoma St this season. Newcomer Tyreek Hill looks to fill the role of homerun threat out of the backfield, as Roland and Rennie Childs seem better fit to tun between the tackles. Hill was a top-rated recruit coming out of JUCO this past season. Hill will play both RB and IR, with the Cowboys trying to use him similarly to WVU's Tayvon Austin. Hill has elite track speed and could be very dangerous for the Cowboys this year without a no. 1 target.

What do we need to know about the Cowboy offense?

The spread lives on in Stillwater, OK, irregardless of the offensive coordinator. The Cowboy offense has been predicated recently on having a star WR and a very solid running game (behind a stellar offensive line). It will be interesting to see how the offense evolves this year without a clear target in the offense. A number of guys could step up, but I would expect this offense to move the ball more with an even distribution. I don't think most people outside of Stillwater will be able to name more than 1 or 2 of their offensive starters. I think we may see this team revert a little back to the days when the Cowboys used to lead the Big 12 in rushing, in that Roland, Hill and Childs (and Walsh) will move the ball on the ground effectively.

What do we need to know about the Cowboy defense?

Defensive line will be a strength. A solid line up front can cover for some holes behind them, and the Cowboys will lean on their TALENTED linemen. Three of the projected starters will be seniors. The other? A junior. Behind them on the depth chart, though, are some talented (highly-rated recruits) yet mostly untested guys. The Pokes will run a base nickel defense, so there will normally be only two linebackers on the field. Of those two, you will only recognize one, Ryan Simmons. The secondary will be almost completely new, as only one starter is returning, CB Kevin Peterson. Peterson is supposedly the up-and-coming cover corner in the league.

How the Cowboys affect Texas Tech?

Texas Tech will be coming off a bye week after having played Arkansas to head up to Stillwater for a Thursday night game. Tech hasn't played spectacularly well in Stillwater, but the Cowboys seem to be a slow-starting team. Catching them this early on in the season may increase Tech's chances of winning here. Early lines says this is a 1 TD game. With the off week, I don't think the result against Arkansas will play much into how Tech plays in this game, unless it's just a big win for Tech. The off week should be enough to get over a win/loss and prepare for Oklahoma State. If Tech wins this game, this will be another piece of evidence of the momentum Kingsbury and the staff have created going forward. Losing here may signal another 7-5-type of season. There are enough questions on the Cowboy defense (especially facing a likely dismantling by the Fighting Jameis Winstons) that point to the possibility Tech gets a win here.

Where will Oklahoma State finish?

Everything I have seen points to Oklahoma State facing a difficult, rebuilding year in 2014. They take on Florida State to start the season, get Tech in game 4, and then have a bit of a break until they head to Manhattan, host Texas, visit Baylor and then finish in Norman. Not a very favorable final stretch of the season. Outside of probably Oklahoma and Baylor, there are a lot of questions surrounding the Big 12 teams this year. The Pokes, like the Red Raiders, could reasonably end up anywhere from 6-6 to 9-3. 7-5 feels about right for this squad this year until questions are answered about the offensive playmakers and who steps up on defense.