The Red Raiders have a sluggish first half, but end up winning by 20 against Arkansas-Pine Bluff, behind a dominating defensive second half.

Texas Tech started out real slow, but eventually turned it on in the second part of the first half and kept the pressure up in the second half as the Red Raiders rolled to another victory. Perhaps they were thinking about going to Vegas baby. Vegas baby. Texas Tech defeated the Arkansas-Pine Bluff Golden Lions, 72-51 and moved to 9-1 on the year. Starting on Monday, Texas Tech will play Loyola (Ill.) and will play again on Tuesday night, both games are in Las Vegas as part of the Continental Tire Las Vegas Classic. 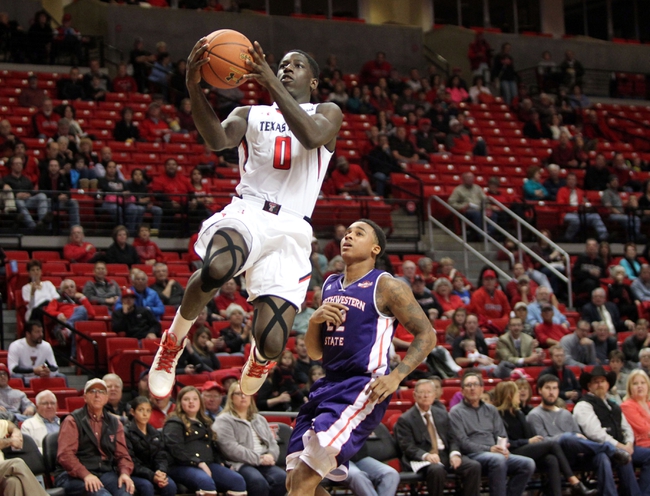 SF Justin Gray: Hard to pick out just one guy that stood out, but we'll go with the leading scorer in Justin Gray, who finished with 13 points on 4 of 6 from the field, 5 of 6 from the free throw line to go along with 3 rebounds, 2 blocks and a turnover. Gray would score 9 of his 13 points in the second half, goign 3 of 4 from the field and 3 of 3 from the line.

1. Starting a run. It was a steal by Randy Onwuasor with about 8 minutes left in the first half that seemed to start a run, complete with a fast-break three-point shot by Toddrick Gotcher and then another layup by Onsuasor and then things opened up for Texas Tech as Norense Odiase got going inside. The defensive presence of Onwuasor that started the run and the lead for Texas Tech and the Red Raiders, once they got in some sort of control, never looked back.

2. Balance. I mentioned in picking the player of the game that there was a ton of balance with this team and that was absolutely the case. Texas Tech only had two players score in double-figures, Gray and DeVaugntah Williams, who finished the game with 11 points. Every player scored except for Stan mays and Clark Lammart (Lammert of course had a charge because he always does). I'm thinking that Smith really wanted to keep his guys fresh with the trip to Las Vegas coming up and that's exactly what happened, to go along with a 20 point win. Pretty nice to have that sort of depth against at team like APB.

3. Turning the Screws Defensively. Oh, boy, Texas Tech turned up the heat in the second half, allowing the Golden Lions to only make 23% of their shots, going 6 of 26 from the field. That's pretty impressive, and the defense wasn't exactly bad in the first half, but Smith has made it clear that the hallmark of this team is going to be on the defensive side of the ball and this team is really digging in and playing terrific team defense. It still boggles my mind to think that this team is so young and so good defensively.

4. Dominating the Paint and Bench. Texas Tech held a 30 to 10 advantage in the paint, and it wasn't just Texas Tech's big men, but the entire team was pretty relentless inside. Go ahead and add in a 12 rebound advantage and you've got a really impressive defensive performance. Not only that, but the Red Raiders were also on fire from the bench, outscoring the Golden Lions 36 to 9 for the game. And a guy that had a terrific second half in the paint was Justin Jamison, who didn't see any time in the first half, but ended up scoring 8 points and grabbing 3 rebounds.

5. Dreaming About the Future. Watching Keenan Evans, who is really starting to find his legs as a player, made me really think about what this team could do in a few years. We're all going to have to be patient to a point, but in two years, when Jordan Jackson and CJ Williamson arrive and will be sophmores and guys like Evans, Gray, Manderson, and Odiase are all juniors, this is going to be a serious team to deal with for the rest of the Big 12. It's awesome to consider, and I know that players transfer and the likely scenario is that not all of these players will be here in two years, but the foundation is being poured right before our eyes.