The Red Raiders continue their winning ways as they route the Prairie View A&M Panthers, led by Randy Onwuasor.

A game that was way too close in the first half ended up in a blowout, thanks in large part to some terrific second half defense that created situations where Prairie View A&M couldn't even get into an offensive set for a period of time. And it was an unlikely player that spurred the run (see the star of the game). And I should also mention that it was the overall team defense, including keeping PVAM off the board that was absolutely fantastic, with a 17 rebound advantage. Woah. 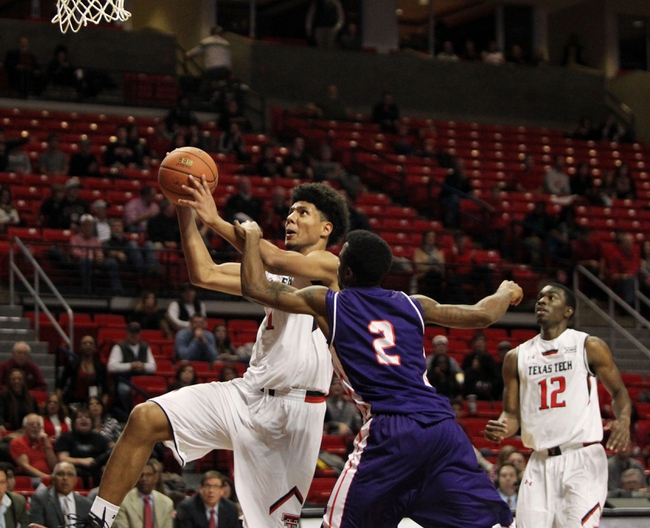 PG Randy Onwuasor: He was simply terrific and this was by far the best game that I've seen from Onwuasor. He was aggressive in the passing lanes and he was tenacious on defense. Onwausor finished with 14 points, 6 rebounds, 2 assists, 2 steals, and just 1 turnover. Onwasor also shot 6 of 10 from the free throw line, so he could have had even more if he could hit his free throws.

1. 36%. I mentioned the defense and overall the defense was really great and they held the Panthers to just 36% from the field and 27% from the three-point line. PVAM had 17 turnovers and Texas Tech had 9 steals. It was that strong second half run with Onwuasor and Toddrick Gotcher along with either Keenan Evans or Devaugntah Williams that applied pressure and played terrifically.

2. Return of the Ross. Aaron Ross returned after a torn ACL injury and he didn't get a ton of burn, but I love what he could bring to this team offensively. Texas Tech has been relying on Zach Smith as the only high-post option and with Ross, he really is a viable option at the high-post because he can really shoot and he makes the defense honor him. Ross can't solve all of the offensive issues with this team, but he could potentially solve a few if he can get back to form. Love that he's able to return.

3. Turner's Struggles. Something is amiss with Robert Turner and I'm not sure what it is. maybe it is my expectations, but it seems like I've been wanting more from Turner each and every game. It seems like his standard byline is 2 of 6 from the field and that's not enough. Maybe it is part of Onwuasor clearly out-playing Turner, but he's got to get his shot straightened out and he's got to hold onto the ball a bit better as he had no assists and 3 turnovers.

4. Big Men Inside. Early it was Norense Odiase who could not be stopped inside, finishing with 11 points, but he could have had more as he also struggled from the line a bit, only 3 of 8. And late in the game, Texas Tech had a huge game from Isaiah Manderson, who finished with 12 points, 6 rebounds and was really solid in the post. The difference between Odiase and Manderson is that Odiase had a year in prep school, figuring out his game, while Manderson is fresh out of high school. Manderson looks like he is struggling sometimes, but I really think he's still figuring out how to be coordinated. It will happen with Manderson, he's going to figure it out and he's going to be terrific. Just be patient.

5. Little Things. Loved seeing just 9 turnovers in the game, that was huge and an excellent sign as far as progress. Also, it was terrific to see the rebounding advantage, as Texas Tech had 39 rebounds on the year including a whopping 18 offensive rebounds. That's huge for this team, especially as this team continues to have some struggles offensively. More rebounds is a good thing. This team is growing up fast.