The Red Raiders move to 6-1 on the year, defeating the Fresno State Bulldogs, 73-56, behind strong performances from freshman Justin Gray and Devaugntah Williams. 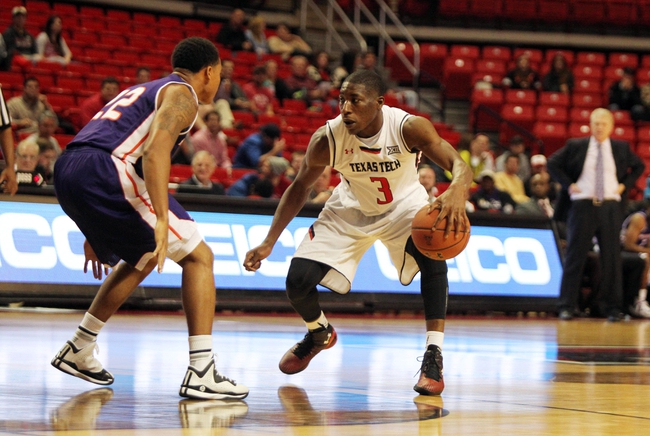 Justin Gray: Gray had his best game thus far (I think) and he was really efficient, scoring 16 points on just 6 shots, but made 8 of 9 free throws, to go with 4 rebounds, 2 assists, no turnovers and a steal.

1. Williams In the First Half. Devaugntah Williams really kept Texas Tech in the first half, a first half that was close, and had it not been for Williams' outside shooting, hitting 3 of 4 from the three-point line and his shot is really run to watch. Williams got the second start of the year and the offense, as much as it struggles, works much better with Williams as an option on the floor to help spread the floor a bit. Still though, the offense can become stagnant despite Williams' presence because defenses know that Williams is the only real outside threat.

2. Second Team Struggles. Whoa, the second team comes in for the first team in the first half and before you can blink, the second team coughs up the ball 3 times and the starters get back into the game and they get little to no rest. If you ever wanted to know why the second team, consisting of Randy Onwuasor, Keenan Evans, Isaiah Manderson and Clark Lammert or Alex Foster don't get a ton of time is because they sometimes just can't keep the ball in play. Evans had 3 turnovers in just 7 minutes and the whole second five gets the blame and it's incredibly rough to watch sometimes. I think what this means is that what you're seeing is Tubby Smith being real comfortable with the starting five, and the second five are going to have to earn their minutes.

3. Better from the Line. As DanSwany mentioned yesterday, the team was significantly better from the line, making 86% of their free throws, making 19 of 22. There was no drop-off between the first half or the second half. I already mentioned Gray going 8 of 9, but you had some other guys contributed to that fantastic shooting percentage

4. Big Off the Bench. Toddrick Gotcher was huge off the bench and personally, I love Gotcher coming off the bench because he can defend and he can do so many other things. Gotcher ended up with 13 points, led the team with 5 rebounds, had an assist, a turnover and 2 steals. Gotcher was 4 of 4 from the floor and was the only other guy that hit a three-point shot for the game.

5. Gray Steps Up. I loved this game from Zach Smith, who was 3 of 4 from the floor with 4 rebounds and is really solid. It's not just one thing with Smith, it's just his overall play. He's really patient and he doesn't get in a hurry. This team is growing up pretty quickly, especially guys like Gray and Smith and Norense Odiase (who I haven't even talked about during this game, but he had 8 points and 4 rebounds).