Texas Tech notches their first win of the year in the first game of the year, behind strong performances of true freshman Norense Odiase from the inside and Devaughntah Williams from the outside.

I tried desperately to watch this game, even, possibly, resulting to less than legal methods, but to no avail, I was stuck following this game on Twitter. And I'm disappointed to have missed this first official effort of the team because it sounds like Texas Tech's freshmen and newcomers finally shined the way that we had hoped after a couple of lackluster exhibition games. 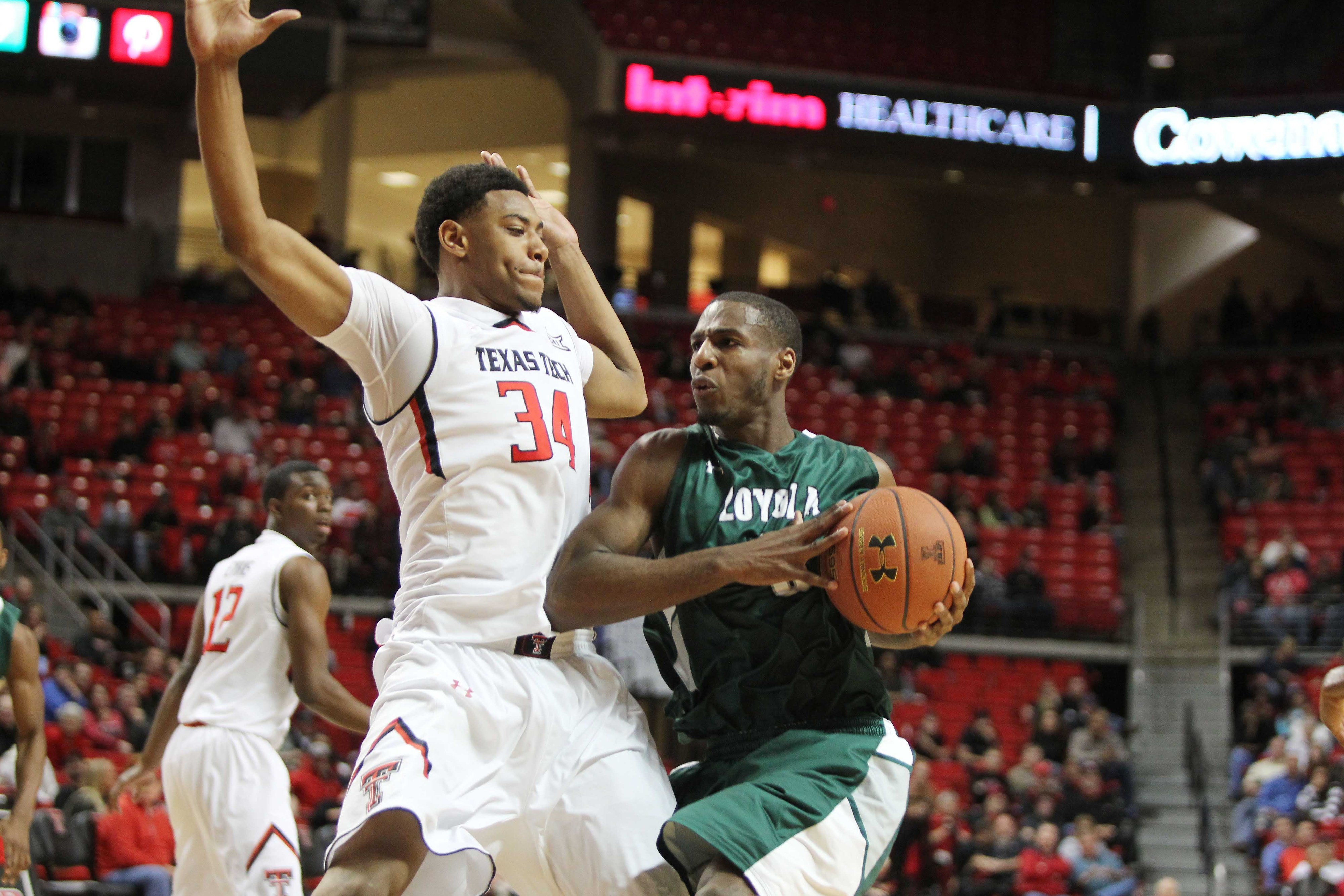 Texas Tech defeated the Loyola-Md. Greyhounds, 71-59, with Norense Odiase leading the way with 16 points and 10 rebounds and Texas Tech finally hitting some outside shots, helped Texas Tech secure a relatively easy victory. Loyola-Md. started out to a quick start, hitting four three-point shots to take an early lead, but Texas Tech was pretty deliberate in how they approached coming back, bit-by-bit and it's amazing how things open

F Norene Odiase: Odiase was a force in the middle, making 5 of 11 shots and 6 of 8 from the charity stripe, with 10 rebounds, including 6 offensive boards, and 3 blocks and Odiase finished with 16 strong points. Texas Tech has desperately needed a guy that's inside and from everything I've seen, Odiase really knows how to use his body and score inside.

1. Options: Texas Tech has options this year. Lots of options. The guys that I expected to be stars last night, guys like Justin Gray and Zach Smith, were a combined 0-9 from the floor and 0-2 from the free throw line. Oh, sure, they played 14 and 17 minutes each and they both started, but Texas Tech isn't going to necessarily be reliant on one player to make things happen and that may be the hallmark of this team. What you did have is a handful of other players that did step up, including Odiase, who head coach Tubby Smith has praised through the last few weeks as being really impressive and Keenan Evans, Toddrick Gotcher and Devaughntah Williams all scoring in double-figures last night.

3. You Get a Block, You Get a Block: A really nice defensive effort against a smaller team, where Texas Tech recorded 10 blocks, lead by Odiase who had three and Zach Smith, who didn't contribute that much offensively, had 4 blocks in just 17 minutes. And Isaiah Manderson also finished with 2 blocks in 14 minutes. This is what you're supposed to do defensively.

4. Holding onto the Ball: A really nice effort from the guards, who are mostly very young, had 13 assists and just 7 turnovers. Any time a team is nearly 2:1 in assists to turnovers. No one player had more than 1 turnover, which is just terrific news and Turner, Onwuasor and Gotcher all had multiple assists.