Share All sharing options for: Putting the Red Raiders' season in perspective

It seems like only yesterday I was with my family in Corpus Christi, swimming with sharks and sending out encouraging tweets about #ATMO and Coach Kingsbury handing the keys to the Ferrari to a true freshman quarterback. That was in August and the excitement around the program and the approaching season was palpable.

The Kingsbury era officially began in an oven on August 30th over by Love Field as Baker Mayfield led the Red Raiders to a 41-23 win over SMU. The following week the home fans got a taste of this new fangled "air it out and wear ‘em out" style of play as Tech exploded for 61 points (including 45 in the first half) against an overmatched Stephen F. Austin team. This was also the night we were introduced to our newest favorite Saddle Tramp, Hanz, and his haunting smile.

Do the Texas Tech bell ringers do that thing on purpose? 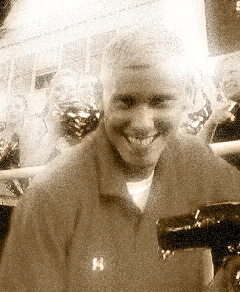 VTM interviews Hanz about his hometown, his plans for the future, and yes we asked the question that everyone wants to know

Then Coach Kingsbury rolled out the grey (gray?) uniforms and a fox ran on the field and Gary Patterson celebrated an expected call with his arms raised above his head for a full 20 seconds. But it wasn't Gary's night as the call, and the game, went Tech's way and TCU was welcomed, once again, to football in the Big 12.

After the previous three seasons and sitting at 3-0 it was natural for Tech fans to begin to think about bigger things. Could this team make a run at the Big 12? Would we finally make it to a BCS game? Is it possible to play two quarterbacks at once? Why was there a fox on the field anyway?

The team managed to win their next three and headed into Morgantown at 6-0. They were handing out Holgorson heads at the game and we found out, through science and Pancho that his head flies better than tortillas. We also learned about (gasp) throwing on 3rd down with a lead and that fortune favors the bold, especially for Davis Webb and his shout outs to Prosper High.

Suddenly we were 7-0. Bowl eligible. First place in the Big 12. The sky was the limit. Forget the BCS, let's go play the Seahawks. At least they would be a challenge.

Then it happened. The walls came crashing down on this ATMO palace built on a sandy foundation of freshmen signal callers and too few big uglies. A hard fought loss to Oklahoma in Norman started the cascade and Tech was subsequently blown out by Oklahoma State, Kansas State, Baylor and Texas. Not necessarily in that order, but ok it was in that order.

It seemed as if the hits just kept coming. We have to play Arizona State in the bowl? They'll score 60 on us before we even get the ball. Why can't we just play in Houston against the Washington Generals? Mayfield is leaving? Cumbie is leaving? Why is everybody leaving? Where's the fox? If Webb starts we're doomed. Brewer won't stand for that and his parents are gonna be so pissed at their condo. We need to do the smart thing and let the kids on the team decide who will play. Maybe even do it like the YMCA and let each kid play a quarter so nobody gets their feelings hurt and leaves because Kingsbury has obviously never developed a quarterback before ever. We're heading into next year with 0 quarterbacks and 0 defensive linemen and 0 assistant coaches because Kingsbury is only in this for his ego and man does he look exhausted. We are so dead forever. Why can't we be on the beach again, trying to catch a fish? 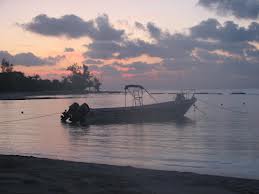 But something funny happened on the way to eternal obscurity. Davis Webb started in the Holiday Bowl and the Kingsbury led Red Raiders out hustled, out coached, and out played a ten win team that had just played for the Pac 12 Championship.

The team that was probably on it's way to quietly disbanding its football program out of sheer embarrassment stomped the #14 team in the country in front of a national audience and a perpetually confused cadre of ESPN experts who had loaded all the necessary stats into their multi-billion dollar mother ship bowl predicter and came up with an iron clad prediction that Arizona State would beat Texas Tech by 22 points. Lou Holtz was certain that Todd Graham would scalp Kingsbury after the fiasco of a bowl game so he could proudly display it on the wall in his new office when he accepts his next coaching dream job.

The end was here but Kliff Kingsbury and his Red Raiders had other plans, and I'm glad we were all along for the ride. I felt a swell in my chest on December 30th as I watched Kingsbury's Red Raiders destroy a higher ranked team in a bowl game that I haven't felt for years. We can bitch and moan about all the little things, but on that night, I knew everything was right. And I think deep down, if you get past Gilbert, all of you feel it too. The season wasn't easy, but damn was it fun.

Looking back now, I can clearly see that the highs were too high and the lows were too low and the sheer hyperbole flying around almost did us all in. So I wanted to put a bow on the season with a well reasoned and thoughtful piece to help us level out as we head into the off season.

I hope my rational, under the radar words have helped soothe you all. And as we focus on this newfound sense of calm in Double T Nation I'd like you to remember that Coach Kingsbury did a better coaching job in his inaugural campaign than Nick Saban did in his first season at Alabama.

So suck it Saban.

And Texas. Texas can suck it.

Much love and peace and Happy New Year,