I Need Your Help

Help my family adopt a child from the Democratic Republic of Congo.

Share All sharing options for: I Need Your Help

I've never been good at asking for help, but here goes.

As most of you know, my wife and I adopted our first child, Fitsum back in October of 2011. Fitsum is a true blessing and he has just been the best thing that has ever happened to my wife and I. He is truly a challenge, and I mean that in the best possible way. He is so unique and different that it is just amazing to watch him as he grows.

When we adopted Fitsum, he was 18 months old and he'll be four years old in March.

Earlier this spring, the wife and I decided that we were ready to start with adoption #2. We chose to apply to the adoption program for the Democratic Republic of Congo ("DRC"). I can give you an explanation that would last an hour, but the simple answer is that we are drawn to places where it seems that the need is the greatest and there is a lot of need in the DRC. There are a lot of people dying in that country, in part because they just can't all get along, but the reasons really don't matter, it is the unfortunate end result that matters.

Sometimes we are asked why we are doing international adoption and I am always happy to explain. Without getting too involved in my religion, it has more to do with what we felt called to do. We also did research about mortality rates for orphaned children in Ethiopia and DRC and it is staggering. The reality of the situation is that there isn't a right or wrong answer about where to adopt. It's really about what makes you happy. Every orphan needs a loving mom and dad.

The biggest reason why I think that my wife and I adopt is that sometimes it feels like it is very tough to make a meaningful difference in the life of a human being. Giving money is important, it is what keeps charities alive and most of the time, those charities help those people who are in need. Sometimes that doesn't feel real enough. What does seem real and concrete and tangible is kissing my child every night before he goes to sleep. I have tried my best to help one soul, Fitsum. And now I want to try to help two souls. I hope that I have given him a chance and an opportunity and hope at something special in life. Not just a life here, but a life to live when the odds were bleak that he would have survived his his fifth birthday. So we want to make that tangible and meaningful connection again and I want to help at least one more human being and give them a chance at life too. 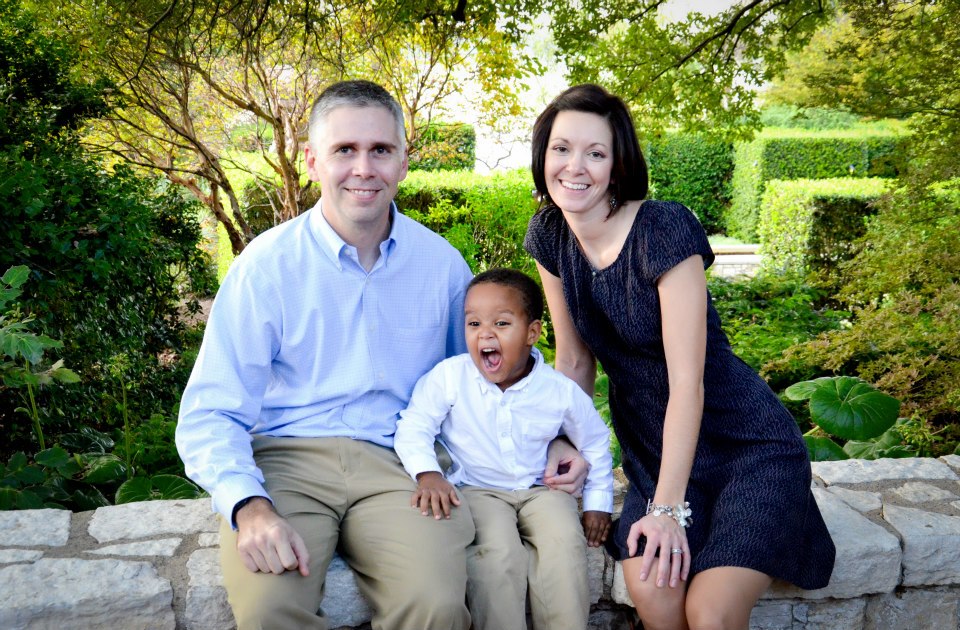 Fitsum does what he wants. All donations are tax deductible and we thank you for your generosity.

We want to do this again. That guy in the photo above needs a sibling (obviously) and we want to help give him one. You can help in this process and we would be so appreciative of any gifts that you could make to help us to bring another child home.

Sometimes I think that being able to write Viva The Matadors isn’t just to bring you a community and a place to read and discuss Texas Tech athletics. This thought had never occurred to me until my wife and I looked at each other and we realized that we're going to have to raise some money for this adoption and that maybe I have had the honor and privilege of writing Viva The Matadors for the past seven years for a reason.

So I’m asking for help. Maybe the best way to think about this is that this is my internet tip-jar sitting on the piano as I play "Piano Man" for the one hundredth time. I won't ever bug you about needing to sign up and monthly subscription fees, I never liked the idea of paying to read about your team.

Right now, we are going to send in our documentation to the adoption agency and then from there it goes to the Democratic Republic of Congo where we will be matched with a child. We'll be waiting for up to a year or so if things go well.

We are appreciative of any and all gifts that you make no matter the amount. I am also very appreciative of you all no matter what, because you all have helped me turn VTM into a real community with lots of different characters and some great people. You have helped me feed a passion. We found a company, Adopt Together, where your gifts are tax deductible, but if this is something that you are interested in doing, then be sure that you are donating on our family page. Thank you again for everything.