I feel like I’m getting the hang of it now.

DT Kerry Hyder maybe wasn't supposed to be a defensive tackle, but he is, and he' s making the most out of his athletic talents.

I remember when Kerry Hyder committed to Texas Tech. There was this video of Hyder in high school where he dunked off of a fast break. That was(is) pretty impressive for a guy that was 6-3/246 out of LBJ High School in Austin.

Maybe more impressive than the dunk is Hyder running point on the press. That takes endurance and the ability to run and run and run.

You could always tell who Hyder was on the field because he had dredlocks. I think for a long time he was the only guy on the team that consistently had them and I think he had them up through his sophomore year at Texas Tech. He cut off those dredlocks last year, before his junior year, and I still have to do a double-take when I see him on the field and I have to ask myself if it is Dennell Wesley or Hyder. I'm still not quite used to it just yet.

I remembered a LAJ feature on Hyder last year, where he talked about hard work and that dunk embedded above. Hyder talked about the weight he added, and given the fact that he was around 245 when he first committed, Hyder has added close to 35 pounds or so, assuming he's around 280 now, since he arrived at Texas Tech:

"The first thing I had to do was put on some weight," Hyder said. "Last year, I played around 265 most of the year. Just getting up to 280 has helped me out tremendously. Adapting to the trenches, it’s been a journey, but I feel like I’m getting the hang of it now."

The thing with a lot of defensive tackles is that there are two types. There is the type where you are blessed with the size to play defensive tackle the minute that you step onto campus, like Delvon Simmons and Michael Starts, or you have to work to get there. There is no immediate gratification with the second method and for a lot of schools like Texas Tech, I think we as fans tend to appreciate the latter methodology. I think it fits Texas Tech fans better.

In poking around in writing this article, I stumbled upon this YouTube video of Hyder sacking an Iowa St. quarterback. In this film, you have on display, both Hyder and Simmons and this is the reason why I'm not crazy upset about the loss of Simmons.

The play starts fairly simple, but in this first screen shot, you already have Hyder engaging with his lineman, while Simmons hasn't gotten there just yet. I also want to give a defense to Simmons as it appears that he's being asked to stunt. Simmons is apparently supposed to engage the offensive lineman, but Hyder is a step ahead. So there's that. Hyder is the guy engaged with an ISU lineman, while Simmons is to his right. 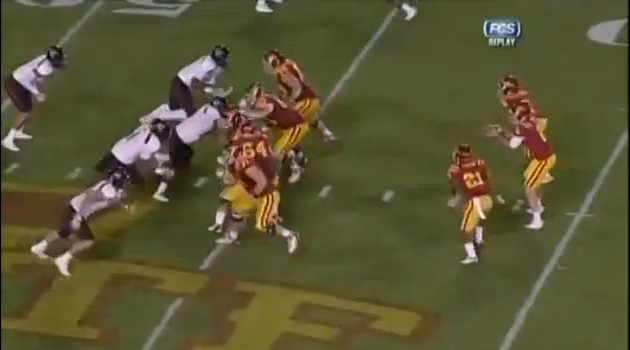 Next, Hyder has gotten to the line so quick that I think that he's forced the ISU offensive lineman to stumble. I'm sure it's the quickness, but also the initial punch, but Hyder's man is about to be on his ass. Simmons is engaged with his man at this point, but he's not doing much and he's almost standing straight up. 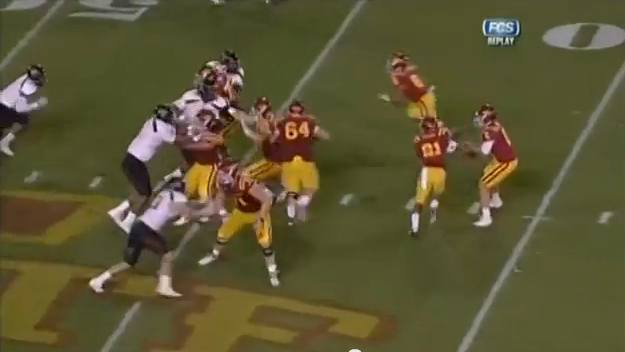 At this point, Hyder is like a freight train. He's got the quarterback in his sight and it is just a matter of time. Simmons is about to peel off and get around to his stunt, but he's really just meandering around the line of scrimmage. He is the only lineman not rushing. Maybe he is supposed to drop back into coverage. 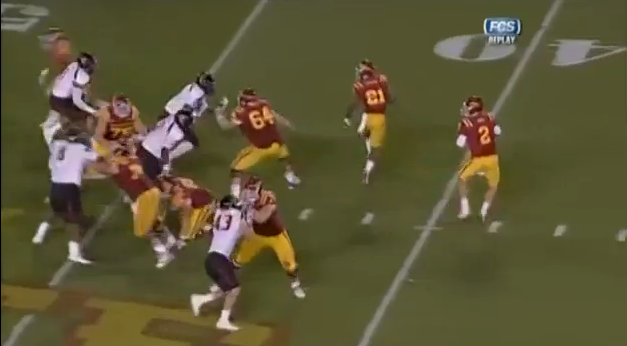 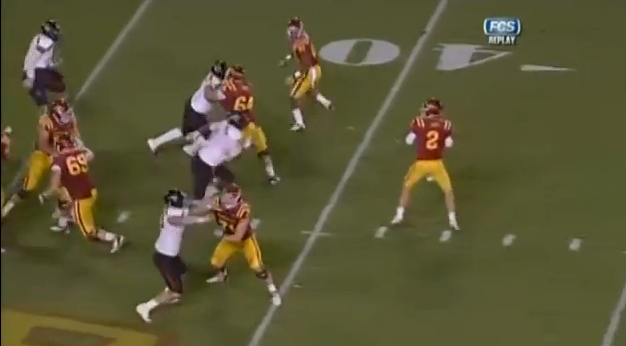 This is just one play and it isn't a true representation of what Simmons is as a player, but I do think it is a microcosm of the difference between the two players.

I am happy that Hyder is here and I hope that Simmons finds what he's looking for.

Hyder has worked his tail off to be where he's at. Simmons was blessed with the size and strength to be an immediate difference maker. It should have shown up in the stats too. Hyder had 5.5 sacks and 14.0 TFL, while Simmons had 2.0 sacks and 6.0 TFL. Simmons was just a sophomore, but still, I think it was all in the effort.

Simmons is out of the picture. I don't think that Texas Tech is significantly worse off as a result.