TCU Head Coach discovered that Craig's List is a great way to look for new coaches to kick-start an anemic offense.

TCU has had a very rough time in the Big 12 thus far.  It seems that each week another team welcomes them to the league by handing them a loss, leaving TCU fans longing for the days when they could dominate teams from states that no one has ever heard of.  So, in an attempt to correct an offense that can't get out of its own way, and maybe even get some fans in the stands in Ft. Worth, Gary Patterson is looking for some new coaching blood.

And he's looking at none other than "Bro Central" for his next guy.  Sure, he'll throw wads of purple cash at Coach Cumbie, but will it work?  Just in case it doesn't, Coach Patterson took to Craig's List in a last ditch attempt to win him over. 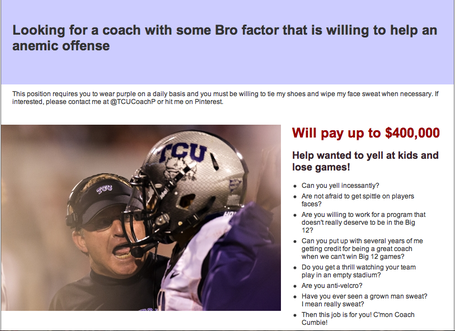 Best of luck Coach Cumbie.  It looks like your high octane offense will entertain tens of tens. You might want to take a few tarps with you. 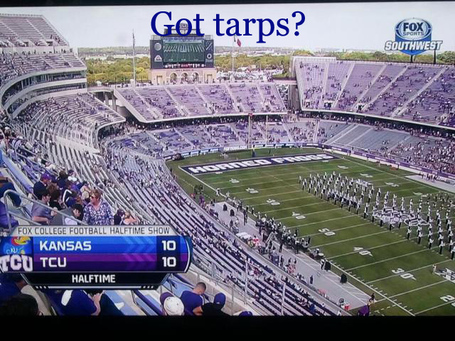