Share All sharing options for: Five Things I Would Do If I Were the Texas Tech Athletic Director for a Day

"Five" is a series of five things, players, thoughts or whatever I think will fill a post.

I know that this subject has been tackled on numerous blogs, but it's the offseason and I thought this would be an interesting exercise. You are the athletic director for the day, but you have restrictions.

1. You cannot hire or fire anyone in this exercise. That would be incredibly easy to make that comment or suggestion, but I tend to think that you wouldn't put that much thought into this exercise.

2. You can't spend a significant amount of money. It is improbable to suggest building a brand new football stadium that's better than Jerry's World. If you are going to spend money, make it somewhat reasonable as I'd like for some of these suggestions to actually be somewhat realistic to accomplish.

1. Create a Space in the Football Training Facility for Coach Leach. This one is actually pretty easy, but it's to carve out a space in the football complex to highlight the accomplishments of the coach who won more games than any other coach in this program's history. I know that the players have been highlighted, but Coach Leach deserves a spot too. I know all about that pesky lawsuit. It is still uncomfortable. I understand that. But if you want to mend some fences with some fans, putting up Leach's picture and accomplishments along with the other coaches at Texas Tech would go an incredibly long way. You have no idea how much I know about so many things that have gone on just with me in the past three years and running this silly little website. Things that I wrote three years ago are having a lasting effect on me and my relationship (or lack thereof) with the athletic department. But the truth is that you can't just pretend that history doesn't exist. Life, unfortunately, doesn't work that way. 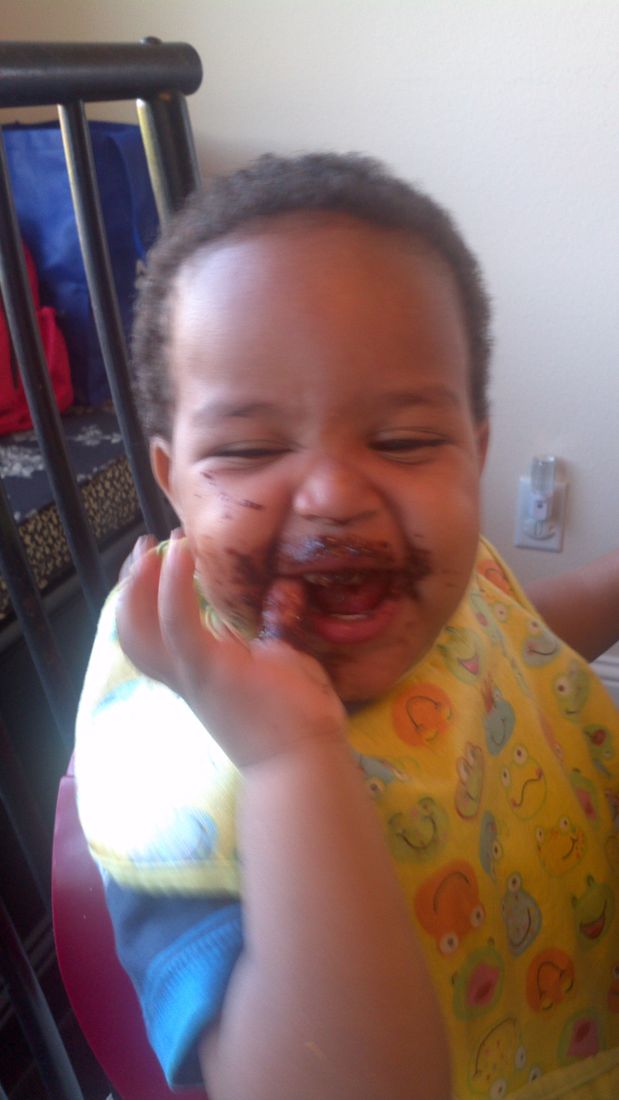 As most of you know I adopted a child from Ethiopia, Fitsum (he has not grown a mustache, but he enjoys cupcakes and was saving some for later). He was abandoned outside a hospital in a town called Adama, which is in the central region of Ethiopia (it is also called Nazret). One day he Fitsum will ask me about his past and I will do the best that I can. I will tell him where he was found and I will tell him that his nannies thought that he looked like he came from the northern part of Ethiopia, close to Egypt, but that is all I will be able to tell him. His history began when my wife and picked him up that fateful day in October of 2011. That is only part of his history and it is incomplete. We will do our best to go visit Adama one day so that he can know where he is from, and so that he can touch the dirt, feel it in his hands, and look at the people he sees with his own eyes and know that he has a connection with them. My job is to give Fitsum as complete a picture of his history as possible.

I know that it may be somewhat cheap or inappropriate to compare my adoption of a child to a football program. Or perhaps that it is naive to think that me writing this will change someone's mind about how they feel about the situation. I know that there are some long-time readers who read DTN who aren't happy with my stance that if you want to read or follow all things Mike Leach, then you need to go to another website, but don't mistake me thinking this way as an admission that I think that what Leach did at Texas Tech wasn't important. That's not it at all. This really isn't about right or wrong or good or evil or anything like that. Just about history.

Pulling back the curtain a bit, if I haven't done so already, would be to say that I really want this to go away. For reasons that I can't really get into right now, maybe sometime later, but not now. I realize that by even writing this, I'm opening up a can of worms in a sense as well as those hurt feelings. I realize that. All I can say is that I very much believe in history and believe it is important. That if you can, you should display your history, because it is a part of who you are, whether you like it or not.

2. Make Sure the Third Quarter Song is Actually Good and Doesn't Suck. I was only fortunate enough to attend one game last year, but it was a great game, the Nevada game (I'll take a win in any situation). I know that one of the big pushes last year was to let fans vote on the song and that's fine, but at the Nevada game, while that third quarter song was playing (I don't even remember what it was) leading up to the fourth quarter it put the fans to sleep. Sometimes, putting something like this in the fans' hands can be good, but this is not one of those situations. Some serious thought needs to be put into that song and I am completely fine with trying to be hip and talking to the players and fans about what they might like, but keep it simple and classic. Pick one and go with it and don't change it from week to week. You've got to build some tradition here. Hell, maybe even do some marketing and testing to see if it will be any good, but whatever happens, don't make it suck. I'm not hip enough or really listen to music to have an opinion about the actual song, but if you look out at the crowd and they're just standing there . . . then it's not a good song.

3. Make Historical Video Available. When Gabe Rivera was voted to be inducted into the College Football Hall of Fame, the official site released some video of Rivera in action. It was fantastic and it was a compilation of video that I had never seen before and it was terrific to see how dominating Rivera was in his day. It was just awesome. This bleeds a bit into items #2 above and #4 below, but how great would it be to have highlight packages of former players, set to some totally rad music, during the fourth quarter song? Of course, the eventual new video board would help a ton, but this is what we got for now and maybe I'm in the minority, but I would love to see these types of videos from the past, especially if there is a vault full of this type of old footage then Texas Tech should use it.

4. Give the Video Production a Bigger Budget So They Can Create More Content. I'm not really sure how big the video production staff actually is, but I think it's pretty small. A couple of cameras and a few employees that are able to put together some pretty incredible video considering their limited resources. I know that there is a possibility that Texas Tech could sell it's third tier rights relatively soon and that could help fund a bigger budget for video production, but one of the best ways to attract fans is to give the video staff a bigger budget to put together even more content.

I know I'm not the only one in this boat, but because I live in the DFW area, I cannot regularly attend sporting events in Lubbock. I hate that fact and if someone wants to hire me to live in Lubbock, then I think my wife would be all for that (I really have no idea), but having the ability to create more content is going to feed the fanbase. One of the counter thoughts might be that if there is more video produced then people won't attend the events, but I think this is the exact opposite. Had I not been able to see the video about Raony Carvalho and Gonzalo Escobar and the team, I never would have known about the heartbreak I think these student-athletes felt and how much they love playing for Texas Tech. I know that there are hundreds of stories to tell like this and one of the best ways to get the message out is by video.

5. Give Marsha Sharp a Bigger Platform. There is no coach or administrator that has won a national championship (I don't think) or has won at the level that Marsha Sharp won at Texas Tech. Currently, Sharp is heading up the Marsha Sharp Leadership Circle, which is to promote and enhance women's athletics at Texas Tech and I think this is a wonderful role for Sharp. But I'd love to give her an even bigger platform. Maybe I don't fully understand the impact that Sharp has had on the community and maybe her plate is completely full with the Marsha Sharp Leadership Circle, but I'd love to see her more often as a quasi-spokesperson for Texas Tech. I just don't think we see her enough, and maybe this is because I don't live in Lubbock. I'm not sure. I tend to think that people like Sharp, who has recruited, coached and motivated a group of student-athletes to a national championship is a rare trait and I tend to believe that this sort of person can motivate and have an impact on people like myself or you. Sharp didn't win a national championship by just lucking into a situation, but rather because she was one of the best at her job. I don't want this to sound like that I'm not thankful for what Sharp is doing, but I think it would be great for her to be more visible considering she has been such a huge part of the Texas Tech community.