Share All sharing options for: Tuberville Needs Our Support!

Come on everyone. It's windy in Lubbock and the weather is weird!

Imagine what our recruiting would look like if our football team had an indoor practice facility.

Imagine what our record would be if we had one.

We are one of only two Big 12 schools without an indoor practice facility.

Some of you skeptics out there might be asking, "if we build something that everyone else already has, how is that an advantage?"

That, my friend, might sound logical, but it is the wrong question to be asking.

Let me see if I can help.

Imagine you're a highly sought after recruit. Put yourself in their shoes. 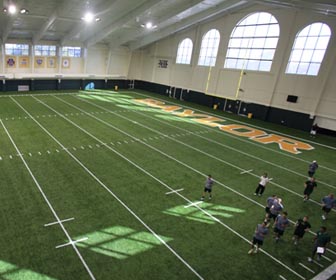 Mind of Recruit: Wow, that looks kinda church-like. I wonder why they put windows behind the goal posts? 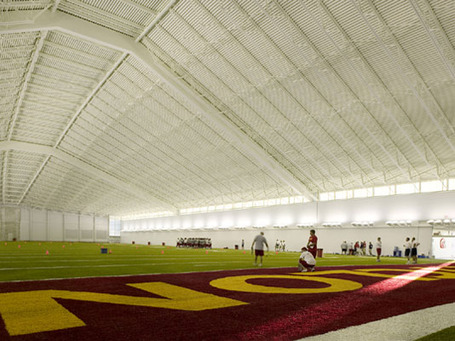 Mind of Recruit: Am I still in Ames? 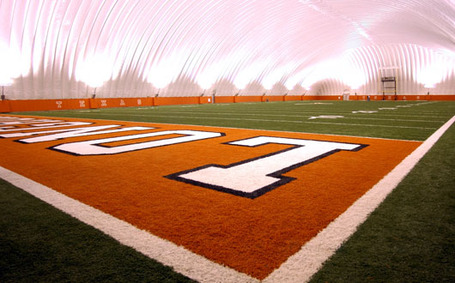 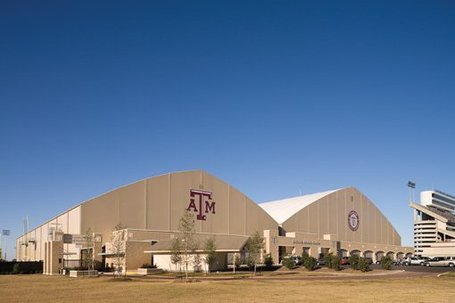 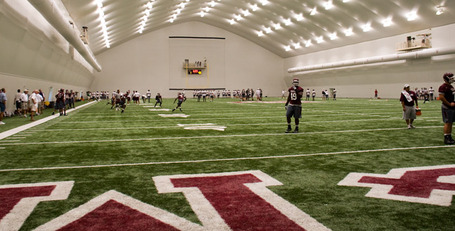 Mind of Recruit: Not much sideline space. No wonder they're called Aggies. 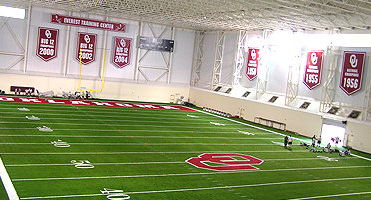 Mind of Recruit: I am but an insignificant little flea in the universe of OU football.

Construction on hold. Mr Smith passed away in 2011.

Mind of Recruit: So you guys spent all the money on a stadium people use 6 times a year, but no $$ for a practice facility we'd use 365 days a year? 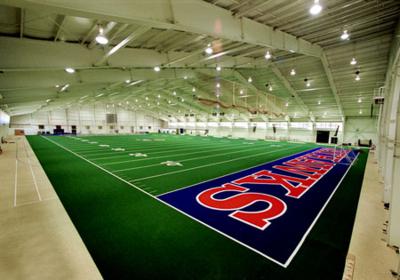 Mind of recruit: Wow what a nice facility! Kansas must be really good at football!

Length of field: "Largest in the nation"/ Multiuse facility

Mind of Recruit: Largest indoor football facility in the country? Manhattan? Kansas? Do I look like I was born yesterday? 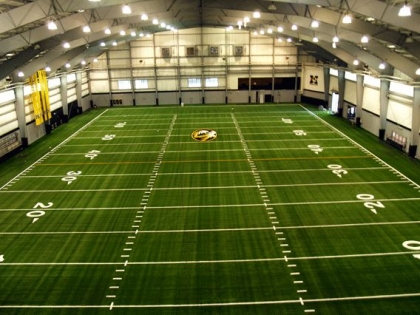 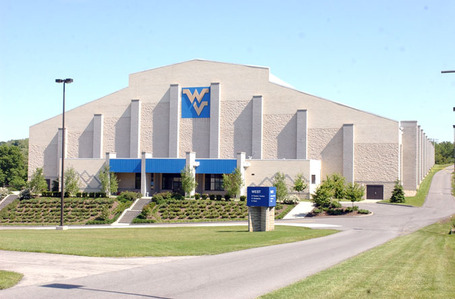 Mind of recruit: No windows AND no airport? Morgantown has so much going for it.

Length of field: 80 yards/ multi use 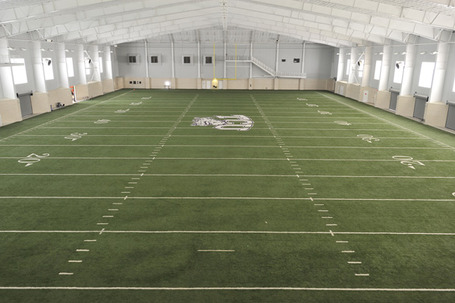 Mind of recruit: Dude, I must be hallucinating. There's, like, no goal posts in here. Heh heh. Heh heh. Duude.

And what about the Athletic Training Center (a.k.a. The bubble)?

Described as alternately "venerable" by the Texas Tech Athletics Website and "spacious" by the Official Handbook, the Athletic Training Center originally built in 1986, "contains over 3 million cubic feet of space, making it the largest full-circle membrane structure in the world for use by people including a 60 yard football. "

Technically the ATC ought to be the largest indoor training center in the "world."

Unfortunately, the football turf size is too small relative to those of other schools.

(Tech has also run practice at the indoor practice facility at Frenship High School" a $7 million, 60,000 square foot with a 55 yard football turf that was financed with municipal bonds.) 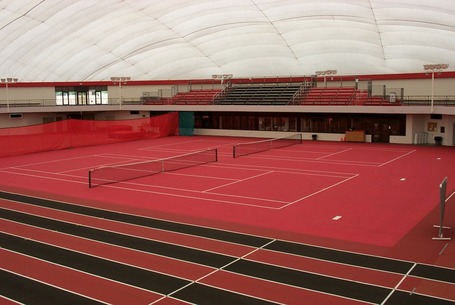 Mind of recruit: Wait, are those tennis courts? What is this? TCU?

You see. It all comes down to what the recruits think.

Throw an indoor practice facility in the mix, and it's a whole 'nother ball game.

Build it and they will come.