TEXAS TECH
YouTube - ‪Texas Tech Athletics Announces Football Season Ticket Price Adjustments‬‏
I think I need to start keeping track of Texas Tech's YouTube video page, but it was nice to see AD Kirby Hocutt answer some questions regarding the lowering of some of the season tickets (from $189 to $149).  Being so far away and not ever having the opportunity to see the local Lubbock news, I appreciate seeing the video.

FOOTBALL
Meet The Two-Deep: Terry McDaniel - TEXAS TECH OFFICIAL ATHLETIC SITE
We'll see these every day (I think) until the season starts.  You can see the YouTube video here and if you watch the video then you'll know that Terry loves being on camera and he's a natural.  I know I've told you all before, but Terry's dad was my high school coach and I can remember Terry running around the gym and football field.

That's why Okafor, largely an unknown heading into last season, is now considered one of the linemen with the highest ceiling in the conference. Edwards might be the more consistent player, but Okafor's best days are better than the brutish interior lineman. And if Okafor can demonstrate a little more consistency, he'll find himself fighting for a first-team selection at the end of this year. With how rapidly he went from rotational player to a Big 12 second-team selection, the sky is the limit.

I think this is largely right, which is that Okafor has lacked consistency and if he can find that, he'll be really good for Texas Tech this year.

Breaking It Down: Big 12 Quarterback Position Rankings - Crimson And Cream Machine
CACM is ranking the Big 12 QB's and has Seth Doege and Texas Tech #5, which is about right as far as I'm concerned.

Scout.com: FSSW 7v7: Small School Preview
Need to check out this link just for the awesome photo of Dominique Wheeler and his hair.

MEN'S BASKETBALL
RedRaiderSports.com - Lewandowski inherits senior role
PF Robert Lewandowski talks a bit about being a more vocal leader of this team.  I'm a fan of Big Lew and am cheering for him to have a big season this year.  Most importantly, it was nice to hear him talk about being a leader and giving credit to others who are stepping up as leaders:

"The leadership role bumps up a lot," Lewandowski said. "I've never been much of a talker, more of a doer. That's changed a lot. And we do have a lot of freshmen coming in and both on and off the court everything is just kind of different in terms of leadership.

"You've just got to make sure the kids are where they need to be and it's almost like being a parent. It's fun but it really is demanding on all of us. It's not just me Bean (Willis) and Theron Jenkins have really stepped up too so it's not just me. We've got other guys stepping up too and really buying into the program."

So much more after the jump, including Dean Martin's burger recipe.  That's a tease.

LEACH STUFF
SPORTSbyBROOKS " ‘Craig James gave Joe Schad Adam’s cell number’
Mike Leach Book Reveals Workings Of Craig James-Backed Mutiny - From Our Editors - SBNation.com
Scout.com: 12-Pac: Cap'n Leach Sails West?
Decided to give Leach his own segment this morning. As you are all probably aware, Leach has released his book with ESPN's Bruce Feldman, Swing Your Sword, and there are some things starting to trickle out regarding Leach's version of the the events of December of 2009.  The last link is completely speculative article about Leach eventually taking over a program in the Pac-12, namely speculating that if Rick Neuheisel is fired after this year, Leach could be a candidate.  I've always thought that Leach and Arizona St. was a perfect match, but what do I know.

MISCELLANEOUS
Ohio State, Oregon, and West Virginia Plotting the Future of Compliance - The Blog of the NCAA
This is pretty interesting, the idea of hiring different sorts of folks to do compliance jobs in football programs.  Interesting.

Dean Martin's burger recipe | kottke.org
This was too awesome not to post: 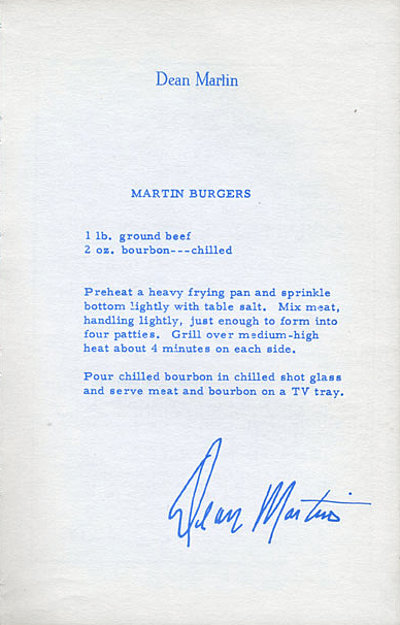