Where I Come From: Tailgating Traditions

Share All sharing options for: Where I Come From: Tailgating Traditions 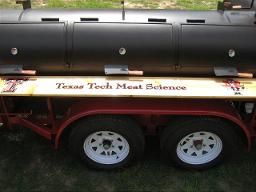 So sweet. So, so sweet.
Photo Credit: via
www.easttexassmokercompany.com

This is the third of a week-long series of posts sponsored by EA Sports NCAA Football 2011.  Prior posts:

I'm not much of a tailgater.

I don't take much time off of work and when I do get a chance to go to a game in Lubbock, I typically drive real early Saturday morning or leave after work on Friday night. This would mean that I'm generally precluded from properly smoking many delicious meats prior to the game on Saturday.  For those of you who've followed DTN for some time, you know that did not own a smoker last summer, although I improvised with the best of them and as of right now, I still don't own a smoker.

Don't get me wrong, one day, I'd love to one one of these magnificent pieces of steel.

As I mentioned the other day, my fandom for Texas Tech didn't happen until I arrived in Lubbock.  I didn't grow up tailgating in West Texas and my history with the program as a fan is relatively short.  I should also mention that while a student at Texas Tech, I didn't really tailgate.  To top all of this off, myself and most of my fellow Red Raider friends don't tailgate either.

I am without tailgate.

Don't get me wrong.  We're scheming and planning our tailgate love-affair.  In fact, one of my neighbors custom-builds smokers and we've already talked to him about schematics.  It's on the agenda (as you probably know, I have lots of things on my agenda, but I am typically slow). 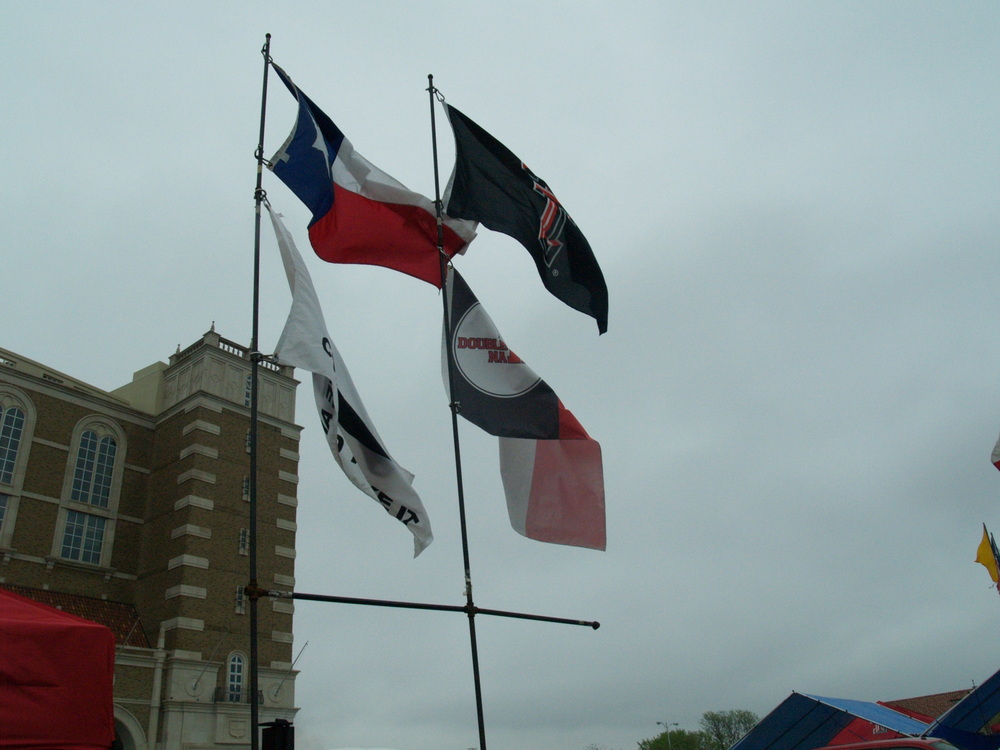 It's a bad photo on my part, but that's RaiderDoc's DTN flag. He's better than me.

I can assure that RaiderDoc's invitation for the spring game is the absolute best tailgate I've ever attended and I can assure you, the fact that he has a DTN flag while the guy that runs DTN doesn't says something about RaiderDoc as a person and a fan.

So my current tailgate traditions are few and far between.  But what about you?

Got any pictures of your Texas Tech smoker (if you can't host them, email them to me, doubletnation@gmail.com, and I'll post them to this thread when I get home)?

What about your Texas Tech tailgate traditions?

What's the best tailgate at Texas Tech (aside from RaiderDoc)?