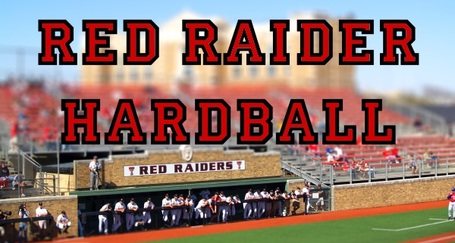 Head coach Dan Spencer says that this is still about pitching depth:

On the eight runs his team gave up in the sixth inning: "They had the big sixth. We were a little rough early, defensively. I told Jamodrick (McGruder) this, I thought he took an at-bat with him on the field, which I haven't seen him do before. That's part of being young and I don't think he'll do that again. Instead of getting off with one run, they get off with three in the fourth. I felt good because we were getting some swings and had some runners at those times that we would get the hit that we needed. We didn't get the big one. We scored a lot of ones. When they get three and we get one, that's a hard deal. We didn't do a great job with men in scoring position but I thought the at-bats were solid. Part of that is, we didn't get the thing done and the other part of it is, they pitched pretty good in those situations. Those guys are real guys. They run three Friday-night type guys at you then they ran their closer at you in a 13-run game to try and keep it where it was. Our kids did a good job of staying on the field and forcing another inning. You have to look at that part of it and then try and correct some of the things we didn't do right."

The winner of the Big 12 Conference series between Texas Tech and No. 8 Texas essentially came down to quality pitching depth.

Tech has very little of it.

Texas has a wealth of it.

Friday night’s series-opening win against No. 10 Texas was perfect for Texas Tech baseball. The Red Raiders out-hit and out-pitched one of the top teams in the country.

But that was a distant memory by the end of Sunday’s game.

The Red Raiders (12-14, 2-4 in Big 12 Conference play) defeated the Longhorns 12-5 Friday at Dan Law Field in the first matchup of a three-game series. But those talented arms UT is known for pushed the Longhorns past Tech for the final two games of the series. Texas beat Tech 8-3 and 17-5 Saturday and Sunday, respectively.

"It is disappointing and I thought we had ourselves in a position (Saturday) with Bobby (Doran) to make some noise again," said Tech coach Dan Spencer. "We scored some runs early and we just got beat. (Sunday) the game got out of hand on us."