It's time to get this started in this thread, which some of you may want to bookmark, I'm giving you all the resources I have in regards to logos and wordmarks for the DTN logo.  Before we get started, wanted to give everyone a history lesson regarding the infamous Double-T Nation logo and the current incarnation of the DTN logo.

When DTN first started, this was the logo that was created for me.  At that point, I really didn't care about what the logo looked like, I was simply ready to get started blogging for SB Nation and I could care less about aesthetics.  For those of you who had been around since the beginning of DTN (there's probably not many of you, but back then I was happy to have 100 visitors a day) this logo stayed around for a year or two, but after a while I didn't think that this logo was really representative of what DTN was about, especially when I was writing about more than just football.

In any event, I decided that I would, on my own, pay for someone to create a logo for DTN and hope like hell that the powers that be at SB Nation would approve and agree to change the logo.

I'm a huge fan of the blog UniWatch and noticed an ad for a company that does old school design work, Superba Graphics.  I wanted an old school feel for any new logo and I didn't think that the initial DTN logo was really memorable in any way shape or form.  The folks at Superba Graphics were great to work with and I had initially only asked them for just one logo that would go in the upper left portion of the website, but they gave me a handful of logos and wordmarks, which you'll sometimes see on DTN.  I asked those higher-ups what they thought about the logo and was given the green light to change the logo and history was made.

When we had the discussion a couple of months ago about getting some DTN t-shirts made up, at that time, I was going to have to purchase the t-shirts, take in payments and ship the shirts.  Things have changed.  A couple of weeks ago, we received word from SB Nation that they had just partnered with a website, ProBlogStores, that would take care of design, printing, receiving payment and shipping.  The nice thing for me is that there's no out of pocket money for myself in terms of purchasing a bunch of t-shirts that may not get sold and I don't have to worry about receiving money and getting the t-shirts shipped in a timely manner.

During this conversation, I made mention that I would not be making any profits off of the t-shirts, and wanted to sell them as close to actual cost as humanly possible.  Well, some things have changed.

To make a really long story short, my wife and I have decided to adopt a child from Ethiopia.  We received our acceptance from the adoption agency last week and we're incredibly excited and happy about the process.  And to answer the question floating around in your heads, but are too polite to ask, my wife and I have been trying to start a family for the past two years and just haven't had any luck.  We're both healthy and we've done as much as we want to do to start a family, but it just hasn't worked out.  Without trying to get too preachy, we've always considered adoption to be something that we're both interested in doing, and about six months ago, my wife and I finally came to the realization that sometimes it's not what you want that's important.  Another question that you might have is "why Ethiopia?" and this was something that my wife and I researched and discerned about for quite some time and we both were inspired with this choice.  I could go on for quite some time about the how and why, but I think inspired is a good way to explain it.

For those of you who don't know, an adoption is an expensive process, and when I told my wife about how SB Nation had set the bloggers up with a store and that we could make a profit, we both thought though would be a good way to raise some money to help pay for the adoption process. 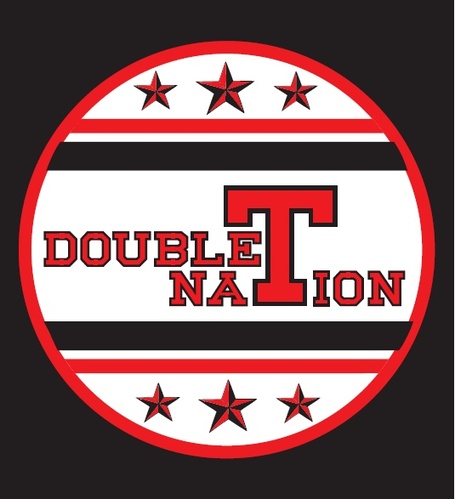 The reason I'm even telling you guys and gals all of this is that I didn't want to contradict myself and I wanted you to know why I'm keeping the profits, until the adoption process has ended.  I asked the co-authors about this over the weekend and the overwhelming thought was that even if I told you I was buying cases of beer with the profits, you'd probably be fine with that and I'm hoping that everyone is okay with this proposition.  As far as our timeline is concerned it's a 9 to 12 month proposition and my wife and I will take a trip to Ethiopia to pick up our child, which means that sometime during football season in 2010, we'll be making that trip.  After the adoption process has ended, I'm going to try to find some Lubbock charity to give the t-shirt profits to in any given year.  I've got to do some more research on that, but when that day comes, I'll make sure everyone knows where the money is going to go.

So here's how I propose we do this.  For those of you who are capable of creating graphics, then you can send me your submission (doubletnation AT gmail DOT com) or for those of you who are graphically challenged, then feel free to post your idea.  You can also come up with a catchy phrase and the ProBlogStore folks can create the t-shirt.  I'd like for everyone who likes a DTN user's idea to "rec" the comment or give a "+1" and in about a week or so, we'll put it to a vote and have three or four t-shirts ready for sale.

Now, get to work.