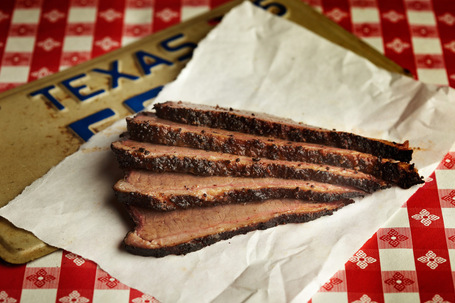 There's something a bit bittersweet about the last football game, but there will nothing bittersweet should Texas Tech win. Hilary Lee over at Big 10 blog, Off Tackle Empire, emailed me after the Northwestern Wildcats vs. Texas Tech Red Raiders matchup was announced to play in the TicketCity Bowl about possible friendly wager. And nothing makes me more nervous than betting on a game, but this should be fun. The wager is if Texas Tech wins, I receive a the Italian Beef Deluxe Package from Portillo Restaurant:

Portillo's famous Italian Beef shipped in two convenient 1 lb. cryovac bags with two containers of gravy (will make 4 sandwiches per bag). Along with the beef there are eight bake and serve Italian rolls; a perfect complement to our Italian Beef. Our deluxe package includes oven roasted sweet peppers and hot giardiniera.

And I've never had an Italian beef sandwich and could have gone with a Chicago deep dish pizza.

Now when it comes to Hilary, should Northwestern win, I gave her many barbecue options, including Lubbock only barbeque or Texas barbecue. After giving her many options, Hilary let me do the picking (she picked for me as well). Hilary is set to receive 5 to 7 pounds of brisket from Rudy's Country Store Bar-B-Q.  And before you ask, yes, we could argue for days about which BBQ joint is better, worse, etc, but I wanted to keep it local to Lubbock, Rudy's ships and it's in my price-range (I'm on a budget).  I also considered some of my favorites, Smitty's, Kruez's and City Market in Luling, but I'm doing my part for the Lubbock economy and keeping things local.

For those of you that know me, there's very few times that I think that Texas Tech will lose a game, I think the "Prediction Time" post before each game speaks for itself. For me, I don't know that it's so much about confidence in my team as an inability to choose against my team. It's a problem. But with this game, is there any worry that I'll be shipping some Texas BBQ to Hilary?

Obvious concerns is the fact that the Texas Tech defense is one of the worst in the country. Northwestern has lost their starting quarterback, Dan Persa, and will be relying on freshman Evan Watkins. Texas Tech has a track record of stopping freshman quarterbacks, in fact in Texas Tech's most recent game with the Houston Cougars, the Texas Tech defense limited Houston's quarterback David Piland to 32 of 61 for 441 yards and 2 touchdowns (To be fair, Texas Tech intercept Piland 3 times -- beware Evan. Beware.) The Texas Tech offense should have some success against the 92nd best total defense in the nation (even and 92, they're still better than Texas Tech's defense).

Should I be nervous? Is this a lock for Texas Tech?