Red Raider Gridiron | So You're Saying There's a Chance

Share All sharing options for: Red Raider Gridiron | So You're Saying There's a Chance 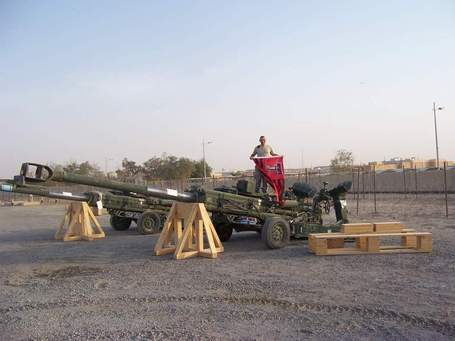 Today's Red Raider Gridiron brought to you today by USAFRaider.  Git your guns up!  And also, don't forget that DTN's own mojavereject is also fighting the good fight.  Send them some good thoughts today.

Hope Springs Eternal:  It's amazing what the possibility of a quarterback change can do to improve the out look of a community.  Just remember folks that the defense is still really bad and a change at quarterback may not equal wins.  I said this after the game, which is that with a handful of games in 2009 and 2010, QB Taylor Potts is a guy that completes 60-65% of his passes for about 7 yards/attempt.  We know what he is, and it's not all bad, but when those inconsistencies creep up at inopportune times, then it can be devastating for a team.  KLBK's Brandon Rawe tweeted this yesterday:

That's it in 140 characters or less.  Again, not everything is Potts' fault, but the difference in the offense between Potts and QB Steven Sheffield is staggering, no matter who is calling plays.

And yesterday, per LAJ's Don Williams and DT's Mike Graham, head coach Tommy Tuberville opened the door for both Potts and Sheffield to compete for time.  Here's Tuberville:

"They’ll get pretty much the same reps (in practice)," Tuberville said during his weekly Monday news conference. "We’ll put more of (an emphasis) on whoever does the best. Play this like a game. Play it during the week. Be ready to go in practice, and maybe this will help us."

And although I don't want to fall into the habit of thinking that Tuberville is choosing his words carefully, I feel like that Tuberville is essentially giving Sheffield a road-map for what he wants:  practice hard, don't improvise and follow the game-plan.  If Sheffield does those three things, then the chances of Sheffield starting is almost guaranteed.  Non-Cowboy fans will tire of these comparisons, but I recall one of the things that Parcells disliked about Romo was that he didn't always follow the game-plan and was a bit too wild for Parcells' taste.  This feels eerily similar in that if Sheffield would just do what he's asked, then he just might have been the starter from the get-go.

And Potts didn't shy away yesterday at the Monday press conference:

"If I’m on the field, I’m confident in myself that we have a good chance to win," said Potts, who has started 12 games in a row. "If that’s not the case, I’m going to be a team player and support everybody on the team and, from the sidelines, help our team win."

Torres Out for Year:  DT's Mike Graham and LAJ's Don Williams did confirm that IR Alexander Torres is out for the year.  This stinks and the names suggested, Darrin Moore and Eric Ward, are both outside receivers, or at least I think they should be, so I'm not sure who fills Torres' spot other than Austin Zouzalik, who Tuberville said is only at 60% at the most.  Other inside receivers are Blake Kelley and Cornelius Douglas.  I also wonder if it's time for Aaron Fisher to get some time.

Press Conference Quotes:  LAJ's Don Williams and DMN's Mike Graham both have selected quotes from yesterday's press conference.  In the LAJ article, there's the quote from Tuberville about how the offense hasn't changed, which I'm sure will raise the ire of some folks (although perhaps a different quarterback will make a difference).  LAJ's Don Williams also has the three positives and three negatives that Tuberville always highlights during the press conference.

The DT also has some video of the press conference: