As I'm sure you're aware, I've been a tad bit lazy this week as I returned from a fishing trip at Surfside, Texas this past weekend.  I realize that I'm infringing a bit on the Outdoor Retort's territory with this post, but for those of you who are interested about something other than Texas Tech, follow me after the jump for a few photos of my fishing weekend.

First and foremost, there were four Red Raiders on this trip, my brother-in-law, Justin, my friend Brandon, and my wife's uncle, Francis.  Also in attendance was my father-in-law, Randy, Justin's cousin, Clay, and Brandon's dad, Donny.  Obviously, Texas Tech was well-represented.  In any event, we arrived in Surfside on Friday afternoon, Brandon and I downed a pitcher of beer with our lunch and we were off to check into our house on the beach. 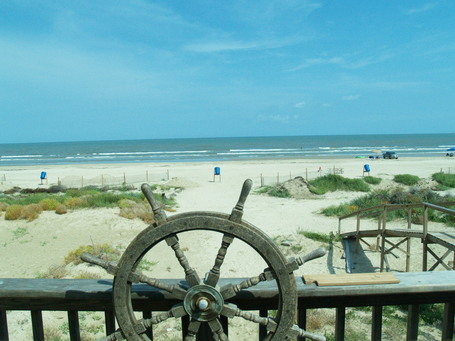 And just in case your curious, I felt that the Captain's wheel was without a doubt a sign from above. 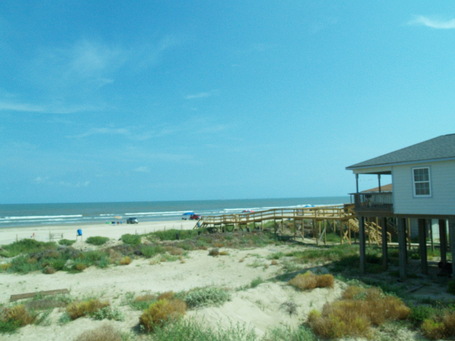 We left to go out into the Gulf around 7:00 a.m.  I think we were out about 20 miles and stopped next to a number of other boats and the Kingfish were jumping on the bait.  This is Brandon, Justin and the guide's son.  And yes, we're sipping on High Life.  Seth C and Brandon's beer of choice. 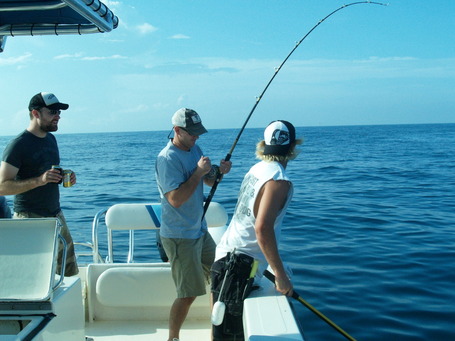 How about that cast? 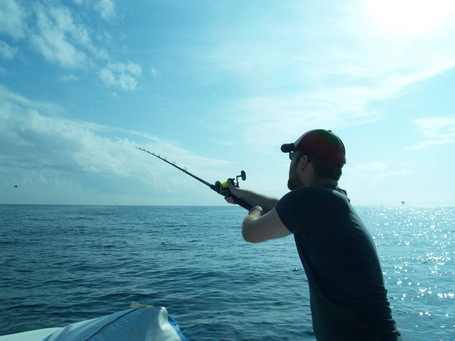 I've got some good photos of all of the harvested Kingfish later, but we all caught our limit.

We next move about 40 miles out from shore, next to an abandoned oil rig and we bottom fish for Red Snapper. This is Randy with an average size Red Snapper that we caught that day. 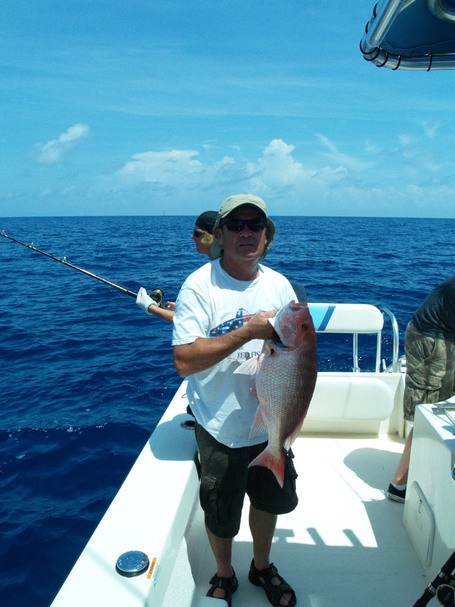 After catching our limit of Red Snapper, we moved onto trolling a bit for some Mahi-Mahi.  Randy is having some pretty good luck. 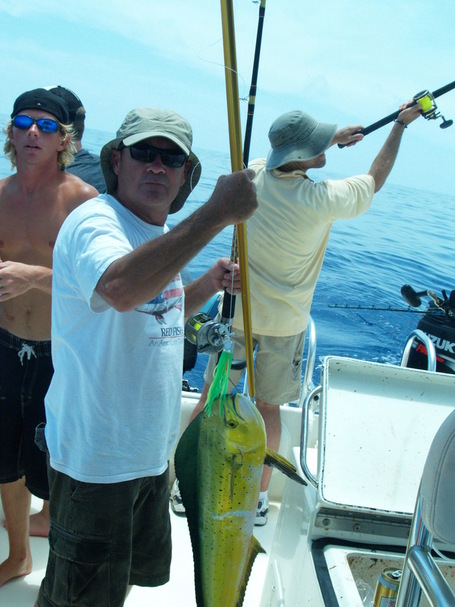 Back at the shore, we unload maybe 200 to 300 pounds of fish.  That's me on the far left, Justin, Randy, Donny, Brandon and Clay.  Harvested fish in the middle. 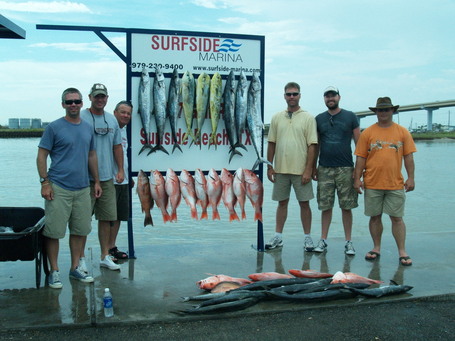 The next day we had cooked up a shrimp boil, and damn it was some tasty eats.  And to answer your question, that is not my Coors Light. 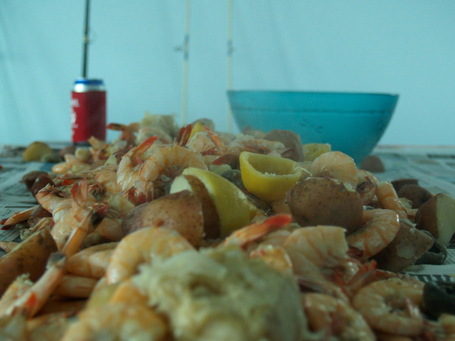 The next day we try and catch some shark from the shore by kayaking out to past the sandbars, dropping some bait and waiting.  We used the leftover Kingfish since we were told by the fish monger that Kingfish doesn't keep very well and you should only eat Kingfish one a month because of the mercury. 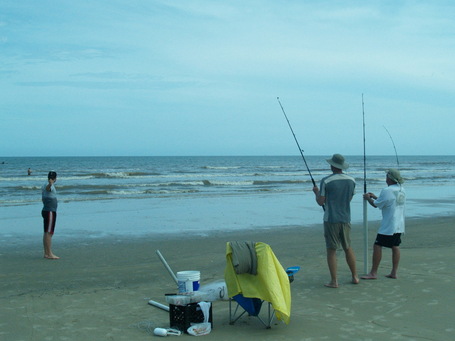 We came up empty, but when you're sitting on the beach drinking High Life with a belly full of a shrimp boil, life's pretty good.

Yep, it's your faithful, slightly drunk, but incredibly happy blogger. 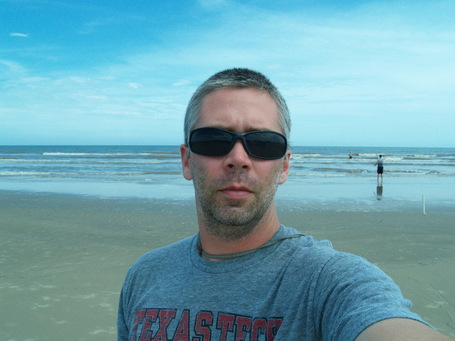