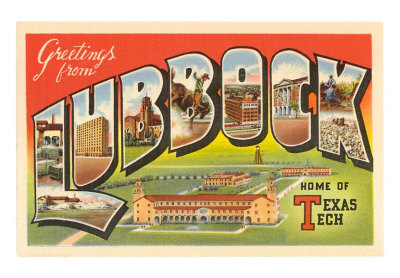 I have no idea how well this is going to go over, but the point of all of this is to get it straight from you guys as to the Best of Lubbock. This will serve as a guide to Big 12 fans who visit Lubbock. We'll have one each week, with the first part of the week being reader submissions and at the end of the week, I'll compile the most talked about suggestions and make a poll.

A couple of ground rules. The submissions must NOT be on this list of national chain restaurants or this list of fast food restaurants. If given enough time during the off-season, we'll have a battle of the chain restaurant. I know that everyone may not agree with this decision, but I would think that the point of this is that you know what kind of steak you're going to get at Outback Steakhouse, but you need some one from Lubbock to tell you about the steak at Cagle Steaks and whether it's worth your time. If there's enough protest over excluding one or another, then I'll make an exception.

So let's hear from you, where's the best place to get pizza in Lubbock? The poll will be submitted on Friday.