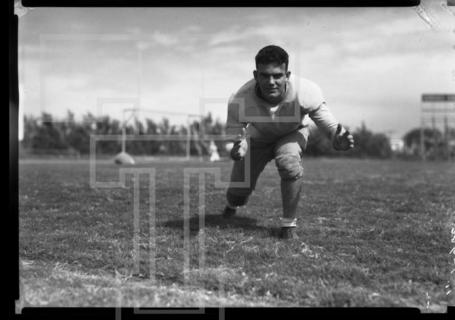 I was going to do a special teams preview, but there's not too much you need to know, other than there should be some real interesting things happening, with the hiring of a real special teams coach, Eric Russell, which means that we could see lots of different things. I'm also interested to see if Russell can somewhat resurect the kicking of Donnie Carona, who has a great leg, but couldn't seem to get any height on his kicks. Matt Williams is back, as well as preferred walk-on Brad Hicks, so there's competition there. Jonathan LaCour is the only punter on the roster, so I'm thinking he doesn't have much competition. There's your preview.

Lots of good stuff in the second hour of Tech Talk, where Chris Level and Robert Giovannetti talked with Texas Tech offensive line coach Matt Moore. It's to be expected, but Moore sounds genuinely excited about the guys coming back this spring. Had lots of praise for Terry McDaniel and his improvement over the course of his redshirt year. Also talked about Omar Castillo, the defensive tackle/offensive lineman (6-5/270) is being worked as a big tight-end, is a really good athlete and is catching balls to be ready for the fall, help prepare the defense for those teams that have a blocking tight end (OU, OSU, and Texas), and is a good athlete that Moore hopes he can develop a serious running game.

Perhaps the most interesting thing was Moore's philosophy in terms of how he groups his offensive linemen. Moore likes to have a rotation of 8 linemen: two centers, three players on the left side, and three players on the right side. This means that Moore essentially wants his starters and a guy that can play either guard or tackle. File this away as we move towards the fall and from what I could gather, this is how Moore sees his two-deep right now (let me know if I got this wrong, I was in a hurry this morning):

LAJ's Don Williams writes that the Red Raiders will experiment with the defensive line. Defensive coordinator Ruffin McNeill says that he wants some versatility along the line:

"It adds more depth when a guy can play two positions and can handle it,’’ McNeill said. "We know what (Sesay) can do at tackle and we know what Ra’Jon can do at tackle, so let’s experiment with those guys at defensive end at different times during the spring.’’

"By analyzing film, we found out when we were alternating guys up front and keeping them fresh — facing the spread offenses that we do — it helped us late in games. It’s helped us in each game in the fourth quarter.’’

This will be something that I'll be watching very closely. If Henley moves to end and Perry and Wade are able to step-up their game, then having a rotation of Henley, McKinner Dixon and Sesay at defensive end is a pretty good rotation.

FWST's Dwain Price takes a look at Texas Tech this spring and all of the positions to be filled. Captain Mike Leach doesn't seem at all worried about replacing Graham Harrell:

"The thing is, I think it’s going to be very hard to replace him individually," Leach said. "But I think the overall unit of receivers will be stronger, because we have everybody back except [Crabtree] and Eric [Morris]. We’ve got a bunch of guys that are a year older, and we have a bigger receiver corps than we typically have around here. I just think the collective improvement of the unit could easily make for a better unit than we had last year."

At the end of the article, Leach says this about the quarterback battle:

Still, most of Tech’s success will hinge on the play of Potts, a rifle-armed 6-foot-5, 215-pound junior to-be. Or will it?

"That’s ultimately what I hope happens. I hope it is a 'who’s the starter?’ situation."

This doesn't surprise me. Leach wants competition at every position, quarterback included, and it would probably be best for everyone if Potts is pushed by Stefan Loucks, Seth Doege, or anyone else on the roster.

And Ruffin McNeill is excited to see how players have progressed:

"I’m looking forward to seeing how the guys have improved individually ... there’s always some changes in each player from year to year," defensive coordinator Ruffin McNeill said. "I’m anxious to see how each player goes to the next level.

"We hope we’re in a position where we just reload instead of trying to rebuild."

Graham Harrell Honored by the Texas House of Representatives

Pretty cool. Texas Tech Quarterback Graham Harrell was recognized by the Texas House of Representatives, which passed a resolution honoring his "stellar career that distinguished him as one of the top quarterbacks in the college ranks."

"Mr. Harrell hails from a family with a strong gridiron tradition and he drew on the knowledge passed down by his father and grandfather, both of whom have been high school coaches," the two-page resolution partly reads.

"Mr. Harrell chose to don the Red Raiders uniform for his college career and first took the field in 2005. By the following season he was emerging as a top-flight quarterback, throwing for more than 4,500 yards and 38 touchdowns," the document goes on. "In his senior year Mr. Harrell helped engineer Tech’s bid for the national title and its dramatic victory over the number one-ranked University of Texas team at season’s end."

The Red Raiders travel to San Marcos to take on the Texas State Bobcats to get ready for the weekend series against the Texas Longhorns starting Friday. DT's Mike Graham previews the game and notes that the team is looking to get a win on the road:

"We're trying to establish some consistency," Spencer said. "We haven't won enough on the road to say that we can do that."