Share All sharing options for: Texas Tech Friday Morning Notes - I Wish I Could Tell Edition

I've had 4 bad days in a row, and I'm taking the day off of work to absolutely change how the weekend turns out. I'll spend the day with my wife as she's on spring break and remind myself that spring practice is less than a week away.

Because I've been a little bit off, I've not done my job here, so this morning, I try and bring a little bit more to correct the situation. If you haven't read Smart Football's Chris regarding the Run and Shoot you should. He's already done Part I and Part II, which is different than Texas Tech's Air Raid spread offense, and Chris will eventually detail that.

Jonathan Tu of 82 Sluggo Win is one of the many talented writers subbing in for Matt Hinton at Dr. Saturday and I thought he had interesting article about, perhaps, history should play a part on a stadium retaining it's game, like the Cotton Bowl, rather than integrating the somewhat new Fiesta Bowl in the BCS. Despite the loss this new year, I actually liked the Cotton Bowl, and found it to be just fine. It wasn't perfect, but I tend to gravitate to historical things than the shiny new thing for no reason other than just being historical, damn the facilities. Good read.

And lastly, I cannot believe that no one has commented on my skull-and-crossbones separator under the football section.  I was expecting at least one comment.

Lots of good football talk with Ruffin McNeill on Tech Talk with Chris Level on Wednesday. Mcneill was on the second half of the first hour and the entire second hour. I jotted down some highlights, but highly recommend that you listen to the whole thing as you waste away your Friday:

CFN's Pete Fiutak says that the Red Raider and Couger matchup in September of next year is the 23rd best non-conference game next year:

23. Texas Tech at Houston, Sept. 26
It’s game two against the Big 12 for Houston, with a date at Oklahoma State a few weeks earlier, and it should be every bit as thrilling. It’s Texas Tech, so the non-conference schedule isn’t exactly a push with North Dakota and Rice to start things off and New Mexico to follow, but this game should be dangerous. The Cougars were second last year in the nation in total offense and second in passing offense, while Texas Tech led the nation in passing and was fourth in total offense. This should be a whole bunch of fun … is 1,000 yards of passing possible?

The NCAA and the Dunk Backflip

You can follow March Madness without having to leave DTN (click and enjoy, but you must use Internet Explorer):

I also thought that this dunk was scary and crazy all at the same time (hat-tip The Dagger): 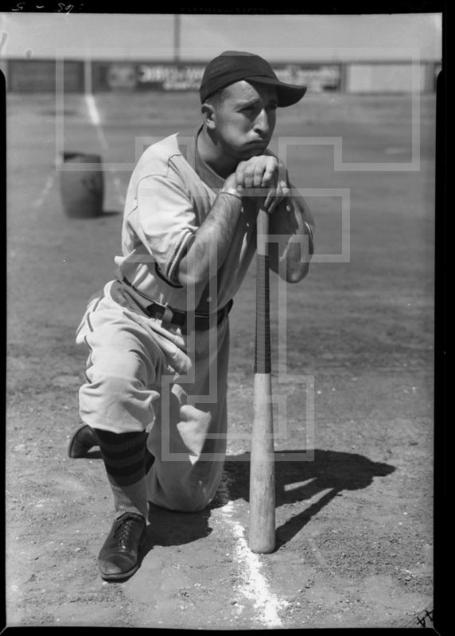 LAJ's George Watson previewed the Baylor Bears earlier in the week, and it's a good look at Baylor as they try and figure out their mix of players and Watson previews the series this morning. Watson also wrote about and talked with head coach Dan Spencer about the inconsistent bats and less than stellar bullpen. Head coach Dan Spencer acknowledges that there's a problem:

I would bet that Spencer knows exactly what it is, but it's either give the standard coach-speak or rip his players and I think we all saw the reaction that Pat Knight received when he did that.  Spencer knows, it's a lack of talent from top to bottom as well as some really young players receiving significant time.

Spencer said freshmen such as Colt Farrar and Louis Head are showing signs of being solid contributors soon, and that he expects senior Brian Cloud to bounce back from two straight shaky outings, but that the roster and patience both are getting thin.

The bottom line is that I think Spencer knows this team is not looking good. And just like Pat Knight, he sees the same thing that we see. Spencer decided in this past year's recruiting class to take a completely different approach to building a team than Pat Knight. Whereas Larry Hays relied on JUCO players to fill gaps, Spencer recruited a ton of freshmen in the hopes that he can build a program with these guys over time rather than an attempt at a quick fix.

Although it's frustrating, I think you have to give Spencer some time. He has a proven track record at Oregon St., he's a Red Raider (graduated from and played baseball for Texas Tech) and there's no doubt that this is his destination job. I know that it's easy to expect results now and it's great to have those expectations, but I think Spencer deserves time to build this program the right way.