Merry Christmas and Happy Holidays!  I plan on being out for a few days, but I was up early this morning and I figured why not post a short DTN DD.  I said it yesterday, but I'll say it again, I hope everyone travels safe, especially with some nasty weather in Texas, and we'll see you in a couple of days. 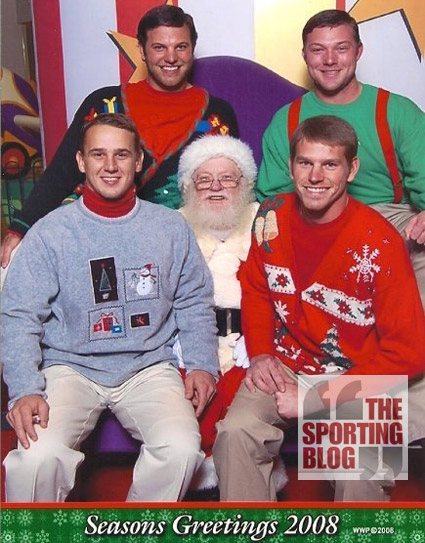 Surprise Teams to Face:  ESPN's Andy Katz writes that the two surprise teams of the year are Texas Tech and New Mexico, who will play each other on Tuesday next week:

The surprises: New Mexico and Texas Tech
The Southwest is loaded with juicy storylines this season. Toss in a potential C-USA favorite UTEP (with the addition of Derrick Caracter) and the Southwest is the place to be this season (not to mention Texas as a possible national champ).

The Lobos were supposed to be rebuilding, yet Steve Alford has corralled a collection of unheralded players and turned them into a solid offensive machine behind Darington Hobson">Darington Hobson, Roman Martinez and Phillip McDonald. The Lobos have won on the road, neutral courts and at home to shoot up to No. 12 in the country.

Texas Tech was picked to finish in the lower third of the Big 12. Who knew the Red Raiders would be able to run the way they have so far, averaging 82 points a game and scoring more than 90 three times? Save a two-point loss at Wichita State, Tech has been one of the best stories so far. The overtime win over Washington at home was one of the better games this season.

Few Seats:  LAJ's Don Williams writes that the very few seats remain available for the Valero Alamo Bowl and spokesman Rick Hill had this to say:

"The good news is both schools (accurately) saying what they were going to do,’’ Hill said. "We knew Michigan State on a 6-6 year was not going to (sell) their full allotment. We were excited that Texas Tech told us they were going to move between 14,000 and 15,000, and they’re on the high side of that. The fact we could actually get to a full 65,000 by game day is a great tribute to Texas Tech fans and their loyalty to the program.’’