I wasn't sure if you guys read Captain Mike Leach's post game quotes and in his press conference, Leach clarified the origination of this cute little saying.  DTN has fully discussed the issue last week, but I thought it might be good to put a nice little bow on this whole situation.  First, apparently ABC's Jimmy Kimmel had a skit about Leach and the "fat little girlfriends" comment.  You can find the episode here and I haven't watched it, so I have no idea if it's hilarious:

Q. How big was this win going into the bye week and what are your plans for the bye week? Are you surprised that the "fat little girl" comment made it all the way to the Jimmy Kimmel show?
COACH LEACH: I didn't know that it did.
Q. It did, it was Thursday night.
COACH LEACH: What did he say? Was he pleased with it?
Q. Yeah.

Leach is obviously confirming he's made it to the big-time as Kimmel was pleased with his comments.  ESPN today, Kimmel on Thursday.  Big time?  Check.

This is where Leach gets into the origination of the comment, but not before making sure that everyone knows he is allowed to exercise his First Amendment rights:

COACH LEACH: I think Jimmy and Jimmy think the same way. I'd like to meet him some time.  You know, figure of speech. When I first heard it, see, here's the full version of it. An offensive line coach I had the opportunity to work with one time at a camp, and I don't want to get him in any hot water -- and I certainly don't feel like I'm in any, because we live in a great country that protects my rights to express myself freely. 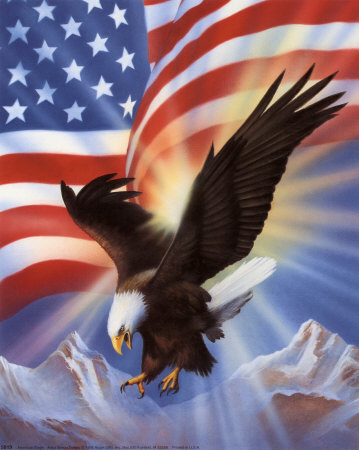 Sorry, I got a little excited about First Amendment rights and America.  I'll let Leach continue.

COACH LEACH (cont'd):  But what he used to originally say and we've said it, too, is, you know, maybe he's upset.  Maybe he's happy I'm proud of you, you did this.  Or you guys got to pick it up and do that. Then after that you can go sit under a tree with your fat little old girlfriend and have a fish sandwich and drink a lemonade.

A fish sandwich and a lemonade?  That seems like an awful lunch combination.  I digress.

So Leach wasn't being literal last week when he made the "fat little girlfriends" comment (emphasis mine)?

COACH LEACH (cont'd):  Well, so, that's kind of floated around our place for a while. And, you know, it's a figure of speech.

What?  Figure of speech?  I'm an English major, but I looked it up just to make sure that I understand the definition.  Please continue so I can understand fully:

COACH LEACH (cont'd):  You know, too high a level of relaxation.  Too much listening to the outside.

Ahh, so it's about the team maybe listening to the hype rather than working hard.  Got it.

Before we let this subject go, let's go ahead and let everyone know that Leach does get to exercise his First Amendment rights and America rocks!

COACH LEACH (cont'd):  You know, so to those that are offended, I'm offended that you don't think I get to exercise my First Amendment rights, so that makes two of us. That's pretty much all I have to say about that. But I'm shocked that Jimmy Kimmel or any of these other people would even care what I have to say or what my opinion is on nearly every subject.

I'm going to go exercise some First Amendment rights and watch that Kimmel episode when I get the chance.