Just another Big 12 Roundtable for your enjoyment. Post your comments/answers/recipes below. Teaser followed by remaining questions, thanks to Crimson and Cream Machine for hosting, cheers:

Crimson and Cream Machine: What is the biggest Big 12 game this weekend not involving OU and Texas? Why?

Skin Patrol: Duh, Texas Tech @ Nebraska, for the reason that I attended school at the former. Actually I don't even need shameful homerism to call this one, as Nebraska is the third highest ranked team in the Big 12, and is probably better than their ranking, relative to the competition. Oklahoma State is 16th, but is moving in the wrong direction, at least relative to the season's start. Nebraska, on the other hand, has looked better with each passing week, particularly as Virginia Tech's (Nebraska's only loss) stock continues to rise. To give you an idea of who the smart money thinks would win on neutral field between the road challengers against teen ranked teams, Tech is a 6 point dog against #15, and Mizzou is a 7 point dog against #16. So we're better, right? Yuck yuck yuck.

CCM: Sam Bradford has been hurt, Colt McCoy is throwing picks (6 Ints/10 TDs)and Dez Bryant has been suspended by the NCAA. Does the Big 12 have a legit Heisman contender left?

SP: Depends what you mean by "legit." If you mean is there a player in the Big 12 who has a shot at actually winning the Heisman, I'd say absolutely. McCoy or Bradford are going to remain in the conversation, along with Tebow, regardless of how well they play, barring some absolute collapse by any of the three. If by legit you mean deserving, meritorious, or some such, then the answer is yes, but that player is Ndamukong Suh. He is scarier than a domo kun wielding a poisonous reptile, see below. 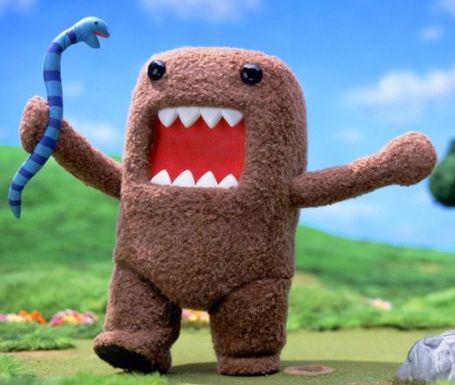 I just peed myself.

His game-by-game statistics are nuts coming from a defensive tackle (or defender, period). Bold quasi-prediction: If it is the case that Texas Tech does not score over 30 poins this game, then it will be due to unSuhprising circumstances.

CCM: Its pretty much a consensus of opinions that Dan Hawkins is already standing with one foot out the door at Colorado. Who has the better chance of getting off the hot seat this season, him or Bobby Bowden?

SP: Bobby Bowden? Admittedly all I know about Bowden's fan support comes from blogs, where the tone has been vehemently against keeping him around. I've also heard that boosters are turning on him, which bodes ill. But I have to believe that there are enough FSU fans who still pray to a God named Bowden just enough to give him the requisite support needed to stay one more year, presuming he cleans out the rest of the season favorably. Sounded to me like the President or someone at FSU had his back powerfully as well. Regarding Dan Hawkins... what has he done to earn the hearts and minds of Colorado's faithful? Even if he turns this season around, which he won't, I'm not predicting a long future for him as the head coach of the Buffalos.

CCM: We've got one full weekend of conference play under our belts. Who can you say, with confidence, that is out of the North and South division races already?

SP: In the North, Iowa State is out (though they've looked surprisingly good at moments) as is Colorado. Missouri has a tough two game stretch against OSU and Texas coming up, so they could be knocking on heaven's door. In the South, I will say only Baylor is out, not because of their record, but because Griffin was their only chance. Texas A&M? I guess it's plausible. Of course, I don't really believe that.

CCM: Which race is going to be better in the North, the race to win the division or the race to stay out of the cellar?

SP: The race to win. I suspect Kansas is a pretender but want to see it for myself. The race out of the cellar will include K-State, Colorado, and Iowa State, and I take no pleasure in watching Bill Snyder suffer, except against Texas Tech. He's almost a CFB icon.

SP: Texas, but it's close. Texas only needs to play one good half of football to beat most of the teams in the country. I think the players get up for this game and provide two good halves, and Texas squeaks by Oklahoma, who will also plays well. I also predict that after the game the Heisman stock of the loser will fall dramatically, and the hyperbole over the winning quarterback will have little relation, if any, with how well that player actually performed. This is one of those games where the stat line  makes little difference, a narrative exists that two Heisman contenders are doing battle in a nationally recognized rivalry, and to the victor will go the spoils. I think that is unfortunate.